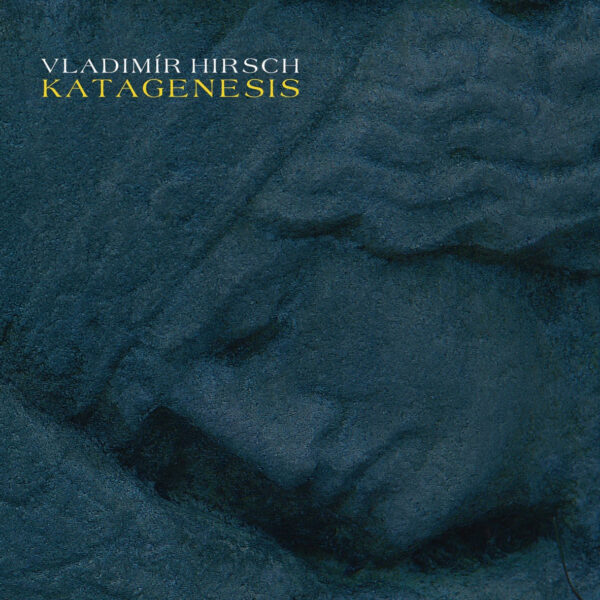 Catagenesis is a term used in petrochemistry and petroleum geology to describe the cracking process in which solid, insoluble organic matter (kerogens) in sedimentary rocks are broken down into simpler hydrocarbon molecules. Czech composer Vladimír Hirsch, a stalwart of the contemporary formal-composition music scene on and off since he began composing in 1973, as a solo artist and also as a member of various ensembles over the years, brings together various musical influences and genres he has worked in – dark ambient, industrial, electronic, contemporary orchestral – along with his knowledge of and experience in compositional techniques and methods (including aleatory techniques and field recordings) to transform his sounds into one substance so I suppose it is fitting that this compilation of three major opuses is titled “Katagenesis”. The opuses are two symphonies which take up all but eight minutes of the album’s 78-minute playing time plus one hymn “Do Not Let Us Perish” at the very end.

The music on “Katagenesis” can be very intense and dark, even quite stormy and filled with horror. This applies especially to “Do Not Let Us Perish” which is hardly the sort of song of praise or devotion to one’s deity of choice that the word “hymn” would usually suggest. This track is restless and thundering with a shrill, almost hysterical undercurrent and what might be whispery traces of a sinister alien demon bleeding out of its layers and loops. The orchestral style of music chosen for the track is very bombastic and if this hymn were any longer, it might form a basis for a sensational horror-movie soundtrack.

Running for a total of 40+ minutes, the first four tracks on “Katagenesis” constitute Symphony No.5 “Axonal Transit”, a composition created for electroacoustically manipulated orchestral instruments and digital technology. These tracks are very dramatic, even shrill affairs. Rich percussion drones rumble and thunder about and the orchestral strings often appear horror-struck. Huge slabs of excitable strings and ominous stormy rumble alternate with moments of tense stillness.

Tracks 5 to 10 form Symphony No.6 “Metaspheres”, a work composed from 2007 to 2020 featuring microtonal waves of electroacoustically treated stringed instruments in rhythmic loops against a distinct space-ambient atmosphere. The music is of a strong dark industrial ambient bent with long droning violin strings dominating repeating factory-like rhythm motifs. About half an hour long, Symphony No.6 is broken up into six fairly short-ish tracks which are busy and dense with sounds and ambience of huge contrasts, forming a sonic universe of vast space and depth through which long sound sequences can extend through a cavern-like atmosphere.

It’s a very long recording and I must say the novelty value can wear off very quickly; once you’ve heard the CD in its entirety, you realise that for its length not a lot is happening save for relentless music of dark intense Gothic horror and hysteria. Perhaps the whole recording might work better in a different format, say as a double vinyl LP release instead of as a CD so that each symphony gets a disc to itself.