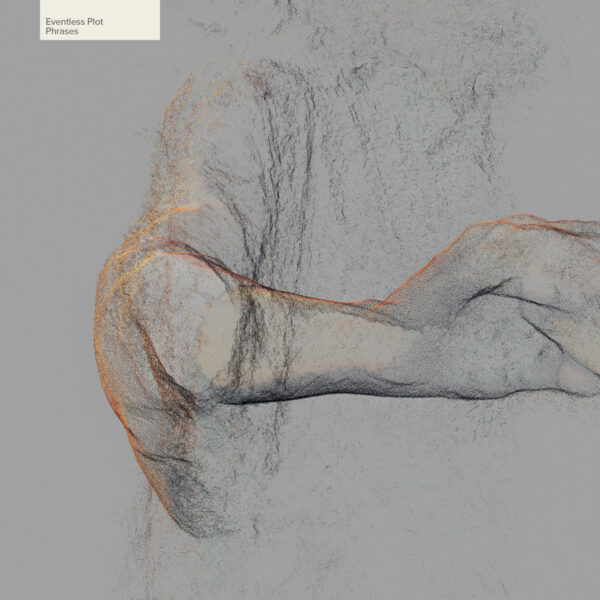 We last heard them on Parallel Worlds in 2020, where their minimal playing was supplemented by a number of talented guest players, producing rather melancholic and slow-moving music, characterised by short phrases and repetitions. With the ‘Cosmographia’ piece from that album, I had the impression that our Greek friends were engaged in a project to survey what we know about the world, and if this is their ongoing project then today’s record Phrases (NO LABEL) might be part of it. The starting point is the spoken word – as they would have it, “texts that bear a multitude of historical and philosophical elements”. These are spoken by Vasilis and a number of other guest readers, Sophia Sidiropoulou, Marie Guileray, Andrius Arutiunian, and Marianna Maruyama, evidently drawn from a range of European nationalities, and also affording a strong gender balance. The spoken texts are edited into the body of the music they make, and also mutated / changed by the Max/MSP software of Y. Tsirikoglou.

The project began as a contribution to the “Disappearing Wall” installation at the Goethe-Institut in Athens. Over 6000 wooden blocks were created to form this wall, each one embossed with quotes directly taken from the mouths of people. It seems there was a highly selective set of competitions behind this enterprise to make sure that a representative sample of statements (drawn from “European high and pop culture”, to use their own phrase) were captured onto the wood, and the ultimate aim of this Wall is to make a statement about diversity in contemporary society. It’s these utterances – changed, distorted, transformed by electro-acoustic processing – that end up on the grooves of the Phrases record. Eventless Plot are proud to have contributed to the interactive aspect of this Wall, and though it was originally presented as a six-channel composition, it’s been reconfigured for this LP release.

If you were hoping to hear from pearls of compacted wisdom from the mouths of the populace, you might be disappointed by this LP as very little intelligible spoken-word content has made it through onto the finished item; instead, edited fragments, cut-ups, and profound acoustic changes are the order of the day, which results in what they call “Exploring & mutating the music of the voice”. I suppose this means that it’s the timbre of the spoken word, rather than the content of the speech, that holds the most interest for Eventless Plot. Even so, these changes they make are not especially bold, and the resultant ordinary sounds are suspended in a rather wispy and nebulous framework of gentle piano and synth music. Any connection with the “diversity” theme of the original Wall seems to have been overlooked in this process-heavy exercise. As with other projects by this group, I’m feeling a tentative air to the whole thing, as if they weren’t really sure why they’re doing it, or what they’re looking for. Pressed in white vinyl, limited edition, gatefold cover. From 8th April 2021.