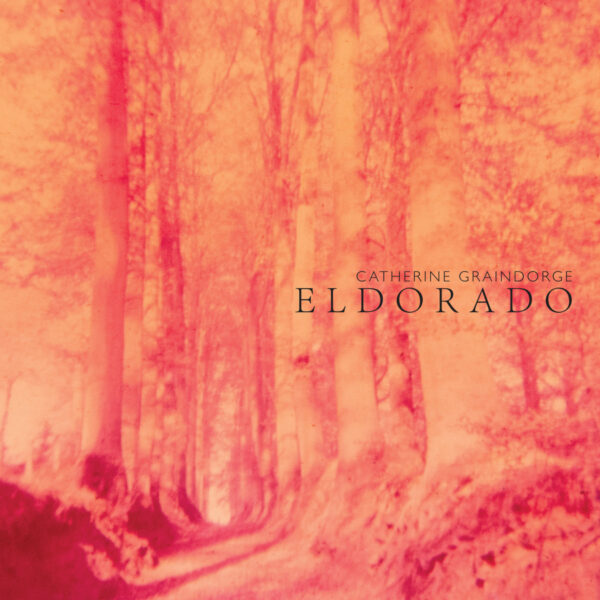 Here is a very lovely and emotionally moving work from Belgian violinist Catherine Graindorge which among other things is a record of personal experiences, discoveries and insights gained over a two-year period starting in 2019. During this period Graindorge endured lockdowns in Belgium which set back the work she needed to do in the UK for “Eldorado” with producer John Parish, her second solo release; to help pass the time, she and her daughters played music in nursing home gardens. This experience and the contact with nursing home residents inspired one track “Lockdown” on “Eldorado”. Other work on the album and the album title itself were inspired by Graindorge’s experience in hosting two Eritrean migrants and by her own dives back into family history and memoirs. The album becomes an expression of people’s dreams, all very different, of achieving a better life and future as represented by Eldorado, the legendary City of Gold.

The album is best heard as though it were one continuous work of ever-changing mood and emotion, shifting from tentative hope to uncertainty, frustration, longing and fear in the face of danger. Graindorge’s own solo playing on violin, viola or harmonium is clear throughout the album without becoming dominant or overbearing: the plaintive strands of sound convey enough feeling without becoming overwrought or fussy, and while she is a very accomplished player she usually eschews displays of technical virtuosity except for those tracks like “Butterfly in a Frame” where the virtuoso playing reinforces a vision of a helpless creature stuck in a trap and fighting for survival. Additional instrumentation is provided by producer John Parish who perhaps comes into his own on the title track where he gives solid post-rock backing to Graindorge’s violin soloing.

“Ghost Train” comes the closest perhaps to being a stand-alone track with spoken-voice lyrics and two layers of violin solo amid background ambient electronics. Other outstanding tracks include the aforementioned “Butterfly …” and the droning “Kangaroos in Fire” where harmonium and Graindorge’s choices of strings are in mourning for wildlife lost in natural disasters and catastrophes that are the result of global climate change.

Tracks are usually short and concise, and I suppose there will be listeners left feeling frustrated that some moods, ideas or issues expressed on various tracks seem to be left unresolved. The range of what constitutes people’s hopes and dreams might be too much for one album of mostly instrumental minimalist-styled music to tackle, and perhaps the worst that can be said for “Eldorado” is that it seems to end inconclusively with “Eno”, a rather lazy droning work of loud electric guitar and wheezy harmonium. An alternative view is that Graindorge has thrown down a gauntlet to us about the questions the album raises and it’s now up to us to answer them.