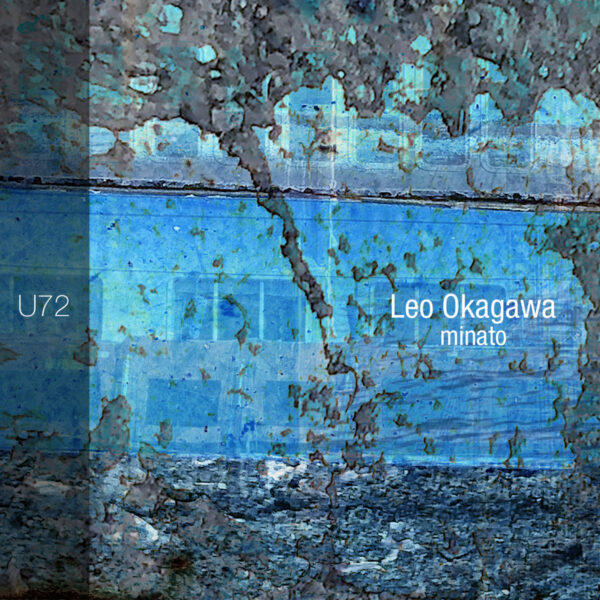 From recording the sounds of water in caves on his last release “Something Veiled” for Unfathomless in 2019, sound artist Leo Okagawa turns his attention to capturing the sounds of a working maritime port city in “minato”. The city in Okagawa’s sights is Yokohama, whose economy has long revolved around its port terminals since the 1850s when, opening up to trade and other contact with the West after nearly 250 years of self-sufficiency and near-isolation, Japan made the former fishing village south of Tokyo in Tokyo Bay into a port by building wharves for loading and unloading cargoes. Established as a port city in 1859, Yokohama quickly became Japan’s main port city and continues to be the dominant economic and commercial hub for the Greater Tokyo metropolitan area. As a consequence of its role as Japan’s economic and commercial link to the outside world, Yokohama became a cosmopolitan centre through which Western innovations passed into Japan.

With this historical context, you’d expect water sounds to abound on “minato” – the title itself means “the port” in Japanese – and they certainly do early in this release. Blaring ship horns bring the listener into a sonic version of Tokyo Bay: for several minutes we hear the lapping of waves and not much else, until gradually we start to “view”, as it were, the city’s terminals: cranes are lifting goods from ships and placing them onto the wharves where the ships are docked (and vice versa). Mechanical noises in the far distance knock about and echo while other bustling sounds, mingled perhaps with the constant lapping of waves against wharf pylons, are constant. About the middle of the album, all goes quiet save for some high-pitched beeps and then it seems we are set in a warehouse or factory somewhere though the world of water is never that far away. Iron doors creak, the surface of water makes bubbles, background wind ambience introduces a slightly creepy ghostly quality, and other mysterious buzzes and rumbles pass through the recording. A particular buzzing drone like the sound of a distant helicopter develops and carries us to the end.

The entire recording is made up of unprocessed field recordings and simple electric tones mixed together to form a survey of Yokohama Port: the sense of moving into Tokyo Bay on a ship, docking at a wharf and then being moved from the ship onto the wharf and perhaps into a warehouse might be felt, to judge from the way this soundscape shifts so that it ends up in two related yet perhaps somewhat polarised parts. The first part might represent the outside world of nature, the second part representing the inner, completely manmade world of warehouses and factories, and both are linked by a transition from the natural environment to the manmade environment. The transition is not necessarily an easy one: the iron doors groan on their hinges and the water bubbles at them but it seems communication between the industrial world and the natural world is impossible.

The earlier half of the album is very busy and bustling with a great sense of anticipation; the second half is more subdued and has an air of being abandoned. Perhaps there is a message in the way Okagawa has structured his work: the blandishments of Western consumer culture don’t quite deliver what they promise. Meanwhile the debris of past trading activities, ignored by the producers of material goods and unknown to those beguiled into buying these goods, waft about the wharves and storage houses long after the cranes have stopped loading and unloading, the ships have gone, and all that remains is waste and whatever rodents skulking in the shadows find.