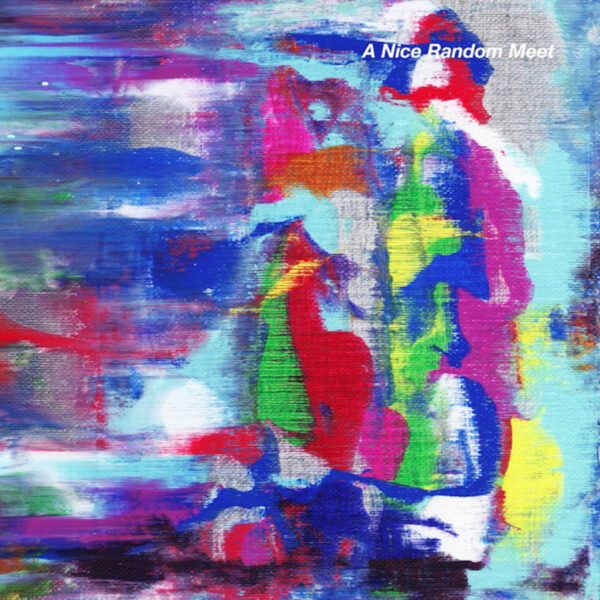 Overdue notice for a fine double LP of electronic and beats music from Mark Churcher, called A Nice Random Meet (EMOTE MOT 008) – played and programmed by Mark with occasional appearances on saxophone by our old friend Alasdair Willis. Nine instrumentals, assembled I assume by using keyboards, synths, drum boxes, sequencers, and a certain amount of samples.

What I enjoy here is the unhurried pace of the beats, with no frantic dance-influenced techno terror in the mode of Alec Empire or Venetian Snares; indeed my favourite tunes here proceed at a much more digestible walking pace. But it’s a walk in the dark down a long unlit pavement, by which I mean Mark Churcher does allow a certain crepsucular tinge and mood to many of his tracks, even when he’s clearly aiming to be upbeat. Perhaps that shade of darkness is caused by a lurking tremor in the back of the mix, where he breeds certain non-melodic elements and lets them fester, while at the front line the subdued keyboards perform their intervals and harmonies. Like a lot of music in this area, A Nice Random Meet doesn’t aim for through-composed tunes with traditional verse-chorus structure, and even the best pieces here just fade out after a certain time having made a not-unwelcome sojourn in your living bunk, but the development resides in the mixage – the gradual introduction of simple elements and sounds on top of sounds, influenced to some degree by dub mixing.

I find Mark Churcher used to run this Emote label in the UK with Doug Martin, where they put out a few records since 1995, including a few singles by their own V-Neck project. In terms of record label business, Mark is now doing Chicago Bee Records, a showcase for his own alias A-Eno-Acid and other like-minded artists who wish to emulate Acid House Techno. This one’s probably a tad out of my line, but I’m finding this Random Meet accessible and user-friendly, and enjoy the vaguely spooky ambiance which sometimes materialises from its looped structures. From 9 December 2020.