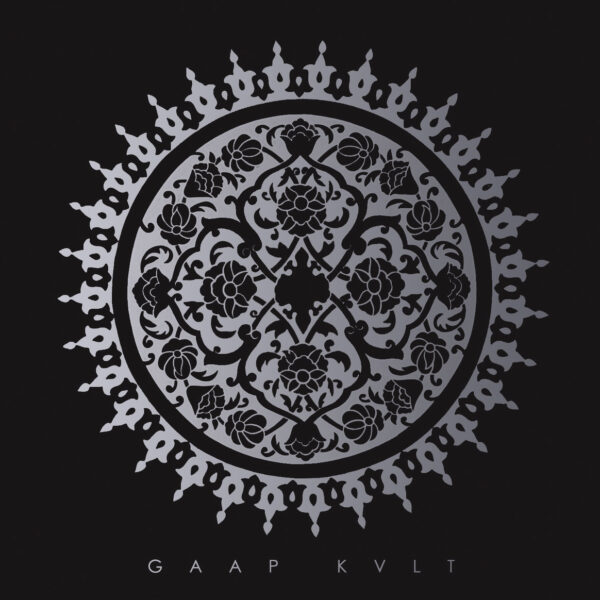 Gaap Kvlt has the lowest of profiles and the real name of this dark isolationist droner remains a mystery. Heard him in past years on Void and Djinn, both making tenuous references to the Middle East and the Sahara by way of field recordings, a trend which sort of continues on today’s album Untitled 2021 (ZOHARUM ZOHAR 225-2), which might lift a drum beat or eight from non-European cultures in the Near East, plus there are old photos of Israelis and Saudis printed inside the digipak. Generally found the Gaapster a bit too blanked-out for my tastes, as if he’d taken the minimalist credo just a step too far and pursued the goals of obliqueness and veiled references to the point where it was hard to understand his true meaning. However, there are some tasty moments of minimal dub on today’s outing which satisfy one’s cravings for weird pulsations emanating from the zones of X-The-Unknown. In between there are plenty of hissing-gas clouds released from the twin cannisters of “Dark Ambient” and “Death Drone”, some of them enriched with extra grit to leave a scar on your weather-beaten face. As to his beats, when they appear they don’t induce any sensations redolent of the dancefloor, and instead simply add to the ponderous weight of gloom and implied misery. This set rescues a number of tracks previously issued as CDR EPs, all of them untitled, for the BDTA label between 2013 and 2014. 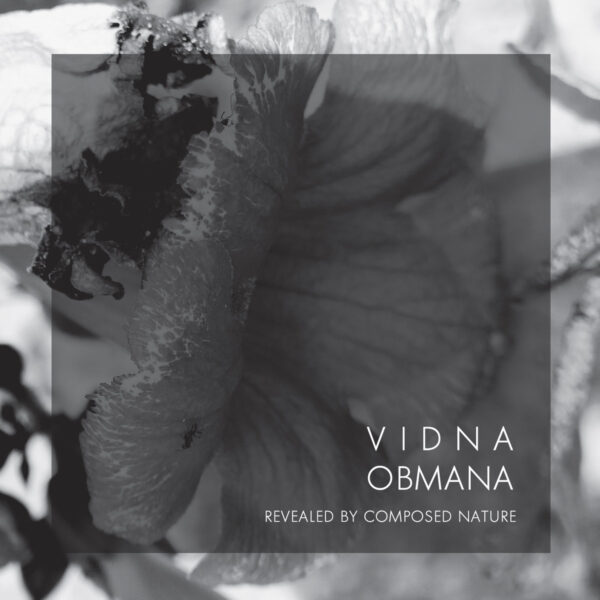 Yet another Vidna Obmana reissue from this label is Revealed By Composed Nature (ZOHARUM ZOHAR 230-2) – I’m losing count, but I think this makes seven so far. Linking these reissues visually is the monochrome cover images, this time featuring close-up semi-abstract photographs of plant life; indeed it might almost be possible to read the entire album as some sort of “virtual garden” in sound, but I’m basing this on the flimsiest of evidence; I think it’s intended as a more general sojourn in a contemplative space, with natural vistas of evening skies and distant seashores to calm the troubled mind. The label press praises the “medical quality” of these tracks, which is why its dreamy slow ambient tones seem just perfect for a day in the sanatorium, as the nurses wheel me into the sun. While the majority of tracks do exude a healing balm with their rich layers and major-seventh chords, one or two tunes have that slightly off-kiltre detuned sensation of oddness which only Dirk Serries can manage in his inimitable way, and which induce a vaguely queasy through-the looking-glass moment for the listener. It has to be admitted that Vidna was a real pioneer in this genre; the original LP came out in 1990 on the Belgian label Decade Collection, and represents one of the composer’s earliest efforts to create in this genre. He confined himself to simply using the built-in sequencer parts of his keyboards to create short loops, and the structures and melodies evolved under his gifted hands. Since he seems to have been a bit disappointed by the 1990 vinyl pressing quality, this CD reissue may represent a preferred version. 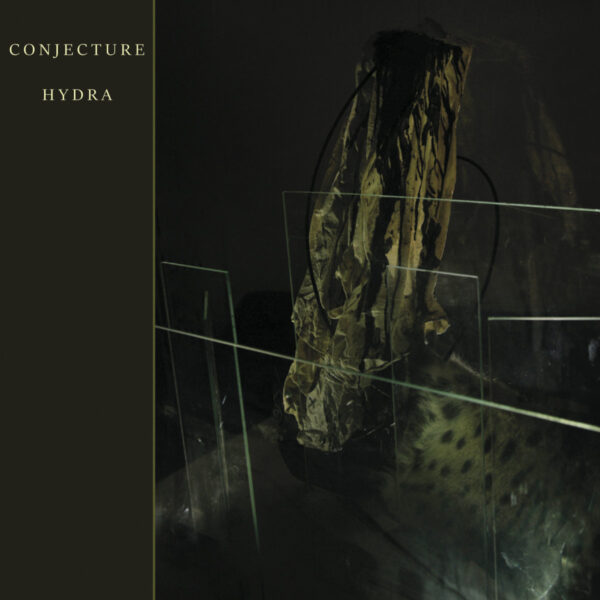 Hydra (ZOHARUM ZOHAR 227-2) by Conjecture is a fine item of dynamic sounds, created by the Greek artist Vasilis Angelopoulos. Actually your man is also adept as a painter and on the Saatchi website they describe him as “manifesting religious non-iconic superior beings by worshipping archetypal materials.” Religion, icons, archetypes and superior beings can also be found in the grooves of Hydra, which is themed on Greek mythology – each track is named after one of your favourite monsters or heroes from this important part of ancient culture and story-telling. Those who enjoy the adventures of the centaur, the Chimera and Cerberus will be well-served by these dramatic episodes, each one demonstrating strong contrasts in volume, textures, and methods; barely a moment of jarring electronic chord structures passes by without being lacerated with powerful beats and other audio layers to fill your nostrils with many a pungent scent. To his credit, Conjecture doesn’t refuse narrative aspects, indeed he seems to actively embrace story-telling, and the album can be enjoyed as a nine-episode serial telling his renewed versions of these heroic and blood-rattling tales from antiquity. With no disrespect, I’d happily file it alongside Tarkus, that early great prog masterpiece by ELP, although the cover art is much less lurid. He creates this deep music using synthesizers, sheets of metal, microphones and tape manipulation, plus field recordings from old abandoned buildings (hopefully done late at night by the light of a flaming torch). There’s even a guest musician supplying trumpet blasts for the final track. Atmospheric, rich, exciting; a maximal, mythical metal-blaster it be, and a fine update on industrial-tinged dark ambient. 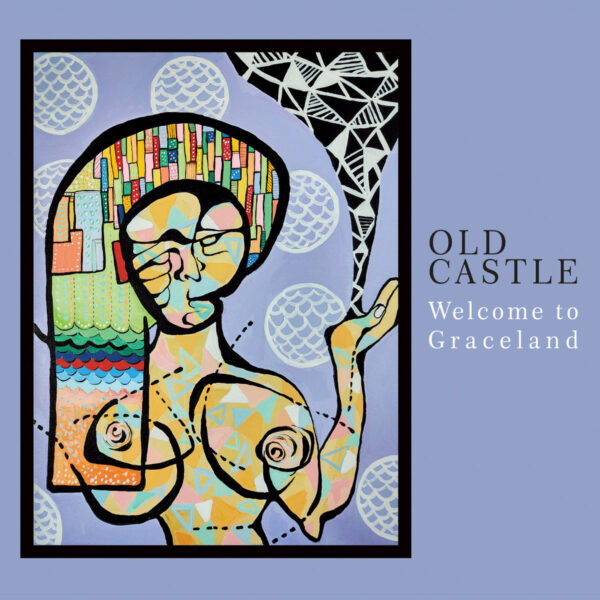 Speaking of maximal, if you enjoy a fine layered pizza smorgasbord with extra toppings and oyster crackers, you might well enjoy the offering Welcome To Graceland (ZOHARUM ZOHAR 231-2) by Old Castle. This is an ad-hoc teamup of three players, namely Robin Storey (Rapoon), Robert L. Pepper (PAS Musique) and Shaun Sandor (Promute), who first melded their mental forces when they played in Brooklyn in 2011. Not sure if these recordings date from the same session or whether they’re making a go of it as a threesome, but these eight gooey helpings of over-loaded recordings give you more generously-laden musical information than you can possibly digest at a single sitting. Rhythmic patters, synths, pianos, and glorpy drones slug it out in a swirling mist along with Rapoon’s ethnic music samples, often-times resulting in a track that’s pulling in several different directions at once, with two or more time signatures making it even harder to navigate the swampy oceans of colourful delight. The label press are very pleased with it, finding echoes of Coil at their darkest, and they compare the listening experience to an LSD trip. This certainly has a lot more meat compared to recent Rapoon solo records, and is also less over-burdened than recent PAS Musique releases, but you can see how they each bring their preferred flavours of sandwich fillings to the sliced bread. I never heard Promute before, but I think he’s American and put out solo records on his own Blondena label, plus he made Machine River with Rapoon. Besides the inside photos of the men acting all matey on their US tour, there’s also the tasty track titles such as ‘Elephant Imagination’ and ‘Earth Crawlers’ to tickle the imagination, plus the quasi-aboriginal painting cover art by Magdalena Eftimova.