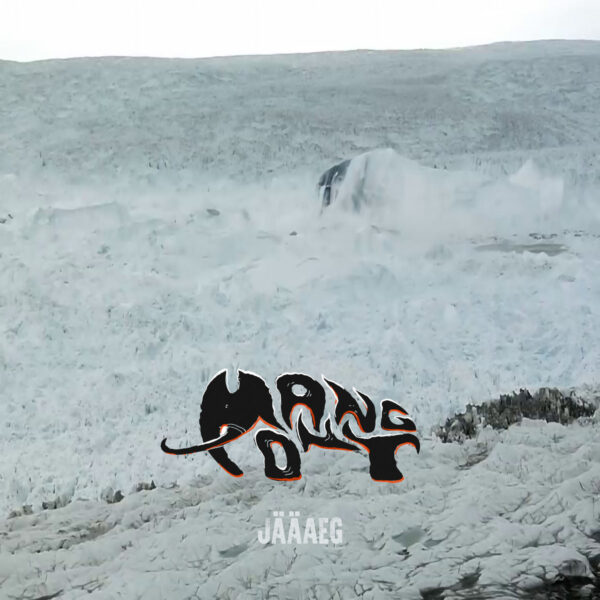 At the time “Jääaeg” was recorded, Estonian stoner doom metal band Mang Ont had shrunk from a trio down to founder member Hans Horn who plays all instruments – guitars, bass, drums, modular synthesiser – on this, the band’s third album. Perhaps we should not be surprised then that Jääaeg” doesn’t reach near the heights that previous album “Maasarv” achieved with regard to the range of music, its moods and expressiveness; instead “Jääaeg” concentrates on its foundation of all-out solid instrumental crusty melodic fuzz stoner doom power derived (so the band would like us to think) from the time of the Ice Age mammoths celebrated in Mang Ont’s logo. Two long meandering tracks, muscular, solid and steady, crunch out a deep and meandering path through stony ground for us to follow. Deep bass guitars, crumbly in texture, pound out the riffs in pylons while rhythm guitars flutter and etch out melodies, the drums thump out additional power in support and in the distant background wraith-like vocals might appear. Synth is used for effects or to add orchestral layers to the music, deepening it in mood or mystery.

First track “Esimene Jääaeg” strides out confidently, never looking back, into an otherworldly soundscape of forbidding surrounds. Even at its quietest, when there is just a lone guitar in a strange cavernous space, the music holds its direction, never wavering. Though background ambient effects are very few and the core music has a narrow range of moods, the track is less boring than it might at first suggest, thanks to riff changes throughout. Lead guitar and bass seem to be conversing about the best direction to migrate in, and the rest of the instruments follow. “Teine Jääaeg” is more expressive in its use of more angular bass riffs and lead guitar melodies that go up and down the scale in an anxious way. Synth swirls bring a sci-fi psychedelic edge to proceedings. As with the first track, “Teine …” keeps going and going, though there are occasions in its middle section and a bit beyond that the energy and direction are sagging. The best part of the track comes near its end where guitars are chiming away like bells amid a backdrop of long bass drones and crashing cymbals.

It might not be the progression from previous work that fans of Mang Ont would have hoped for but as a transition perhaps from one phase of the band’s work to the next, however that pans out, this album of instrumental stoner doom deserves respect in emphasising the basics of Mang Ont’s sound and style and pushing those as far as they will go in a straightforward manner.