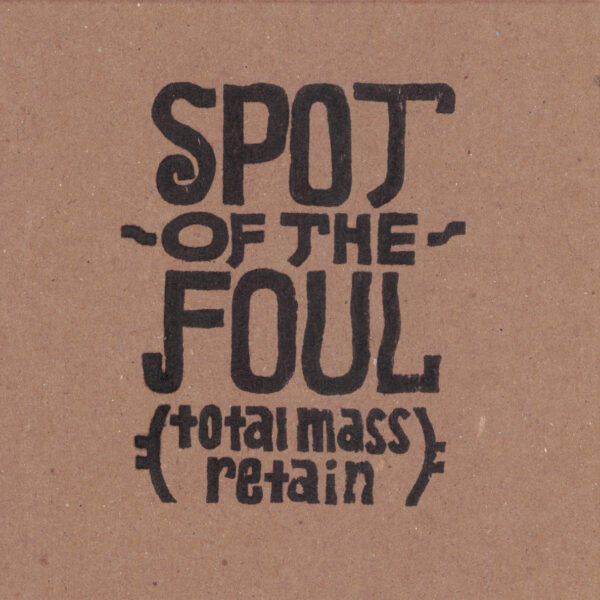 Here’s a fine slammeroo from Tim Olive, the Canadian improviser living in Japan, released on his 845 Audio label.

For a long time Tim has been (1) exploring duo collaborations whenever he can find a like-minded fellow and (2) working towards an ever-more minimal, stripped down version of his instrument, which in my mind started life as a guitar or bass guitar and has gradually been peeled down to a lump of wood and a pickup, with maybe a steel string kept in reserve as needed. Spot Of The Foul (Total Mass Retain) (845-19) represents a departure from both these trends, as it’s (1) solo and (2) very maximal. We might even add (3), he’s allowing himself to do overdubbing and multi-tracking, in a departure from the purist strictures which decree that “true” improvisation must never permit overdubs, because “having a second go” might be regarded as a bit of a cheat. (Admittedly, there probably aren’t many such purists around any more and it might be a 1970s-1980s thing.)

No such qualms have troubled Olive when he made these solo recordings (guess when – yes, it was in 2020, but at least he doesn’t refer directly to you-know-what) and describes here his “more elaborate editing and mixing techniques” as he smashes disparate solo tracks together in his steam-driven cast-iron brute of a mixing desk, arriving at bold and powerful multi-layered statements. Interestingly, he likens this to a visual art technique, that of the “superimposition of multiple photo slides”, a shrewd observation to which we might add the long-forgotten technique of multiple-exposure, which used to be possible with SLR cameras and 16mm film when you could wind the film back in the camera and shoot a second time. There’s also a lengthy equipment list provided here, which includes such disruptive devices as metal plates, electromagnets, a spring reverb, and an envelope generator, as well as a basket full of non-musical junk like springs, wire, and dental floss. All of this results in delightful mayhem – strong, loud, bold and determined, without being as inchoate or alienating as harsh noise or table noise, although there are still moments of distortion and feedback to satisfy those with a thirst for blackness. At all times Tim Olive appears to be in full control of his many sources, directing and diverting them as he will, without sacrificing any spontaneity.

I for one would welcome more of this solo-splurge mode from Olive, much as we enjoy his exploratory efforts with other musicians. He seems to me to be delving into rich psychological depths, exploring an interior landscape with the curiosity of a 19th century physician, such as the French doctor Leon Baroscope (d. 1898), who examined his own brain using an elaborate system of small mirrors. (I could be making this up.) To wind up, when he was questioned by the authorities about this album, Tim Olive admitted on the witness stand that it’s only his second solo record (the first since The Specialist for EM Records). Canadian cartoonist and friend Marc Bell did the cover lettering in his distinctive style. Excellent release of noisy unkempt churnage and broilery…let it run over you like the tire treads of a benign Greyhound bus at 65 MPH… From 14th June 2021.