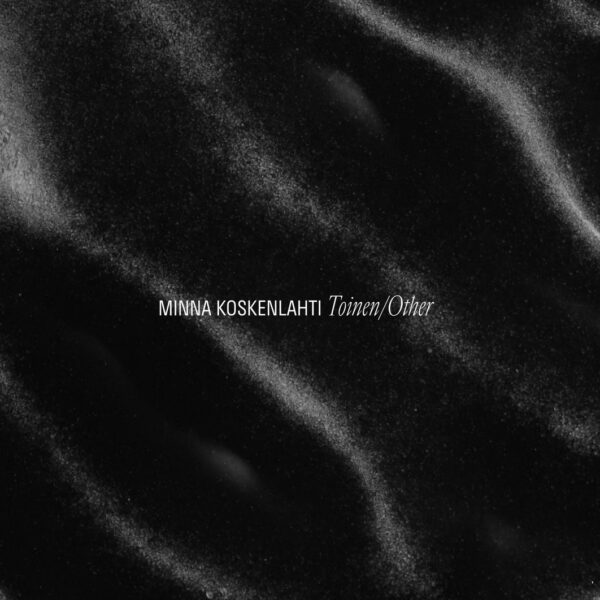 Finnish musician Minna Koskenlahti here with her solo record Tonien / Other (MINCD001)…for some time now this Helsinki-based musician has been developing and exploring her own unique approach to percussion, sometimes doing it with other Finnish underground bands and players, of which the only one I heard is the lovely violinist Meriheini Luoto who made those wonderful forest-themed records in 2017 and 2019. Indeed it’s possible that Minna Koskenlahti overlaps with Luoto to some extent, given a shared interest in Finnish mythology and folk music. In fact she studied at the Folk Music Department in Sibelius University.

In exploring her own personal musical pathway, it seems she wants to test “the limits and limitlessness of her instruments” and concentrates on creating “minimalistic, intensive and hypnotic sounds”. When you put it like that, it sounds a bit clinical and predicated on technique, but what emerges from Tonien / Other is something extremely opaque and mysterious. Far from being a catalogue of unusual percussion sounds, what I hear is a bold artist bravely following her instincts down a largely untravelled and unknown road, with no certainty of what she may find or what the outcome may be. One might almost be hearing the soundtrack to a dream, or music suitable for casting a long-forgotten magic spell long after midnight in the middle of the woods. I particularly like the names of these six tracks, which translated into English provide what amounts to a recipe for this benign witchcraft – ‘Destroyer’, ‘Sense’, ‘Shade’, ‘Mass’, ‘Unsettle’. As she creates these exercises in unusual timbres, unexpected dynamics, and unpredictable rhythms, using what she calls a “melodic” approach to percussion, Minna Koskenlahti almost appears to subsume her own personality in the work, refusing the sort of stylistic flourishes and personal touches which are meat and drink to most improvisers, and one has the impression of a stern impassive face at work behind the sticks. Yet this seriousness doesn’t translate into a lack of spontaneity or warmth, and the music remains highly compelling, for all its elliptical and oblique moves.