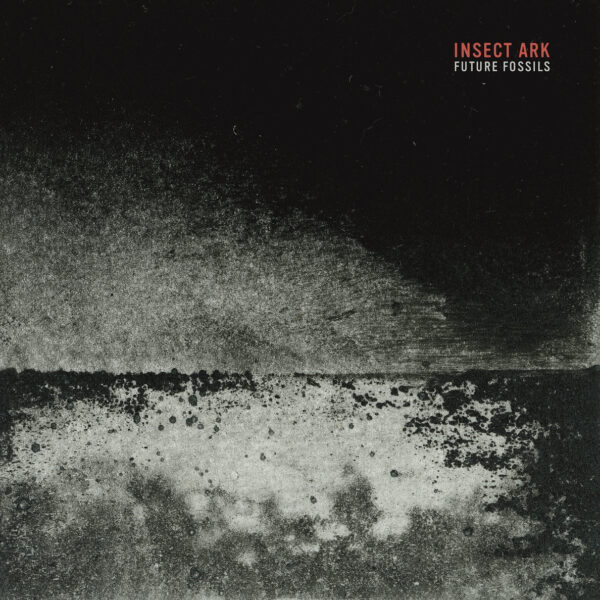 Before hearing this album, I confess I hadn’t heard of Insect Ark before even though one of its current members, drummer Tim Wyskida, is familiar to me: Wyskida’s career includes stints in Khanate and Khlyst on sticks duties way over a decade ago and I’ve heard some of those acts’ recordings. Formed in 2011, Insect Ark has been through some changes in personnel over the years but always with bassist / keyboard player Dana Schechter as its core member. Recent album “Future Fossils” is a collection of archived out-takes, excerpts and live improvised tracks made from 2016 to 2019: the first three tracks are all-synthesiser compositions by Schechter and the fourth track “Gravitrons”, running over 23 minutes, is a live improv piece performed at a converted church in 2016 by Schechter and Ashley Spungin who had joined Insect Ark in 2015. Spungin left the band in 2019.

The three tracks “Oral Thrush”, “Gypsum Blade” and “Anopsian Volta” were composed and recorded by Schechter in Sweden (while she had a Guest Composer residency at EMS Elektronmusikstudion in Stockholm) in 2018 or at her home studio in Brooklyn, New York, in 2019. These are mostly slow droning soundscape pieces that are darkly cavernous and expansive, even though the tracks are not particularly long, with an oppressive mood. “Oral Thrush” tends towards long clear tones that twist like knives while “Gypsum Blade” has more varied sonic textures that quaver, throb or hover, giving that track a softer though no more pleasant mood. The use of piano on “Anopsian Volta” gives that track a deeply melancholy and perhaps regretful or wistful feel.

Though separated from the studio tracks by time, space and its being a live collaborative composition done more or less on the spot, “Gravitron” fits in well with the trilogy through its sheer space and the dark sinister quality of the music. It’s as minimal as can be with Schechter on bass and lap steel guitar and Spungin on percussion (mainly cymbals, I think), and the two musicians also using electronics, and even all those instruments being used very sparingly. At once chilling in atmosphere, disturbing and menacing, “Gravitron” would be an ideal immersive soundtrack for a journey into outer or inner space – with no hope for return to normality and every possibility of a transformation that is not only permanent but also dangerous to oneself and to others.

Quite a dark and confronting album “Future Fossils” turns out to be – future sonic archaeologists digging in and sifting through the ruins of our civilisation and hoping to find perhaps messages of a past Golden Age or optimism for a better world are in for a huge surprise.