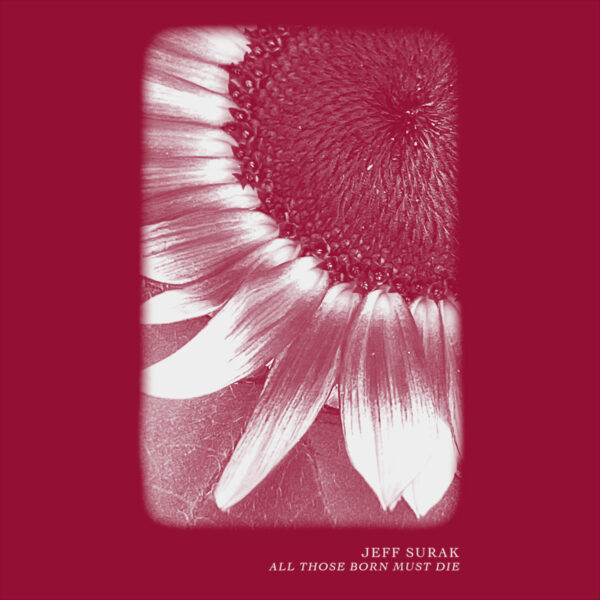 Few albums I’ve heard come with such an alarming title as this work, the first from sound artist Jeff Surak for Jim Haynes’s Helen Scarsdale Agency label, though Jim himself would have hardly bat an eyelid at seeing yet another recording with a theme of decay, decadence and disintegration popping through his mailbox. Equally alarming is opening track “Western Sunrise”, a work of ear-splitting distorted sine waves that transform into a busy set of rhythmic throbbing splatter-noise wipe-outs amidst a background of whistle and white-noise ambience. Having got our attention in a big way, Surak lets “All Those Born …” settle down with a much quieter “In the Last Century the Tape Itself was Thicker” which has a much more definite sonic identity and structure as well as mystery in its introspective scratchy meanderings. An air of almost nostalgic longing seems to be present.

The album surprisingly ends up better behaved than the brash opening piece with subsequent tracks tending to be quite self-contained universes of strange noise, the individual components of which may not necessarily be related to one another or follow one another in a clear linear sequence. That the six tracks end up very different from one another, often absorbed in their inner worlds, is testament to Surak’s deft way of putting sounds, rhythms and droning pieces together. Even when harsh rhythms or clunky melodies are present, there is always an impression of the music occurring in a space and a time somewhat removed from our own, especially in one of the later tracks “Smaller than a Pack of Cigarettes” which early on has a 1950s or 1960s Space Age lounge ambience before it becomes grittier, darker and a little bit demented with out-of-tune toy jewel-box melodies. Perhaps the most unexpected piece on an album full of surprises is the closing track “Sounds which are Abscent” [sic], a work of near-silent drifting drone ambience.

It’s a work full of contradictions and highly individual pieces that, when put together, create a rich and multi-dimensional soundscape flavoured perhaps with nostalgia, even longing for a playful and innocent past. Starting with a bang, the album quickly settles down into a more sedate work before bowing out in a near inaudible way, though not without sudden spurts of energy from time to time, and that in itself might contain a warning for Western societies: in spite of renewed vigour at various points in our history, we’ll still end up going out in a whimper.