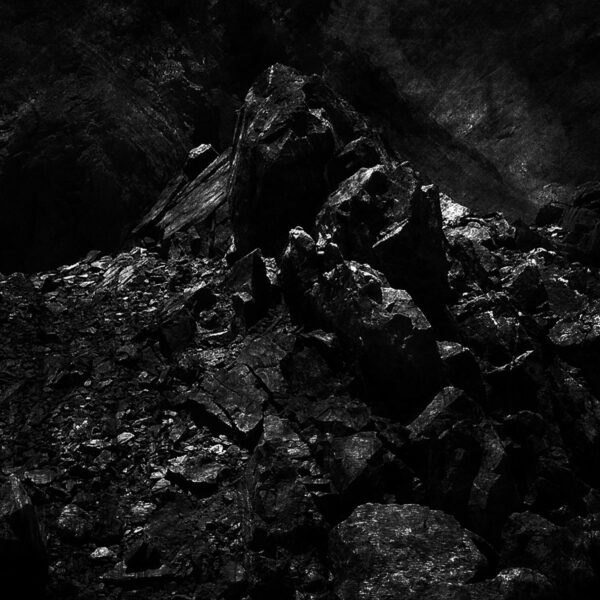 Into their third decade, begun in 2019 with “The Furnaces of Palingenesia” which signalled a new direction in music and themes, veteran black metal masters Deathspell Omega bring out “The Long Defeat”, their second in their new phase of life, and it’s even more streamlined and accessible than what I remember of DsO, up to and including “The Furnaces …”. Perhaps after 20 years of producing complex music in a darkly hypnotic and jangly dissonant style, hard to take in with its lyrics challenging and debating Christian theology and showing it for the repressive force it has been in millions of people’s lives through the centuries, not to mention the layers of atmosphere, sonic texture and technical structures (often derive from jazz among other influences), DsO finally feel free enough to work (and play) with more conventional song composition methods and techniques. The result is five fairly lengthy songs featuring different vocalists, among them M of Polish black metallers Mgla and Swedish warbler Arioch / Mortuus of Funeral Mist and Marduk fame, with each song highlighting its respective singer’s strengths and characteristics. A raw screechy edge and some post-punk influence can be detected throughout the album. According to DsO’s Bandcamp page, three parallel story-lines delving into subject matter originally expressed in “The Furnaces …” (such as manipulating people to participate in their own self-destruction) take place through the music, the lyrics and the artwork – so I guess listeners definitely need to get the actual physical copy of the album in either its CD or vinyl LP form to appreciate the whole artistic endeavour!

As might be expected of songs where the vocals are dominant and each song features a different singer, the songs here differ enough that the album resembles a compilation rather than a unified set and continuity is found in the lyrics and artwork carrying their respective narratives. Opening track “Enantiodroma” is a highly dense piece that rarely pauses for breath once it gets going though this means it has very little of the multi-dimensional airy ambient quality that distinguished DsO albums of earlier periods and can come across as a bit flat. The throat singing at the beginning and the chanting at the end of the song seem more like theatrical afterthoughts than essential additions to the song. Follow-up track “Eadem, sed aliter” is a more melodic and straightforward BM song with some lead guitar soloing that takes the music close to progressive rock territory. The title track continues this trend in a more epic style that embraces some post-metal influences with the result that parts of it can be highly emotional and intense. The latter half of the song can be very harrowing with a painful and anguished mood and screeching vocals.

The album continues in its chosen melodic and (at times) surprisingly conventional song-based path until we reach closing track “Our Life is Your Death”, the most head-banging / pub rock-out groove pop anthem DsO have ever done with infectiously catchy guitar melodies and crash-out riffs while a gruff distorted vocal barks out lyrics gloating in elite control of mass humanity for its own ends. Prog rock flotsam and jetsam creep into the track as it cruises to a mellow musical climax.

However different the songs may be in their embrace of conventional BM song structures and elements, they all share in a witheringly bleak view of humanity and its creations and institutions. This worldview is DsO’s saving grace: any slightly more optimistic tendencies on the band’s part and those guest vocalists would have disappeared faster than we can call on Lucifer to lash DsO into the proper mindset. Without the immersive if dark and oppressively cavernous atmospheres of earlier recordings, DsO must rely on a technically polished presentation that highlights their sound, song-writing and musical skills: they can’t afford to be anything less than perfect. Any flaws or shortcomings in the song-writing can be picked up and I have to say that as the album continues it does hit some rough bumps nudging it towards filler territory especially on the fourth track and other parts where prog-rock and post-metal tendencies come to the fore. The fifth and last song struggles to avoid falling into monotony and boredom and turning DsO into a second-rate version of UK avant black metal / post-metal band Caina.

Even within the musical boundaries DsO have set for themselves on “The Long Defeat”, the musicians appear less creative and original than they could have been. The music is polished and efficient in what it does but it is lacking in the energy, spirit and playful exploratory attitude that could have elevated the songs, flaws and all, into inspired pieces. What experimentation exists, like the throat singing or background spoken vocals, sounds as if it was added to spruce up the song rather than coming out of the song as a natural expression of its subject matter. At the beginning of a new phase in DsO’s career, to be saying all this for the first or second album of that phase bodes no good for the band.