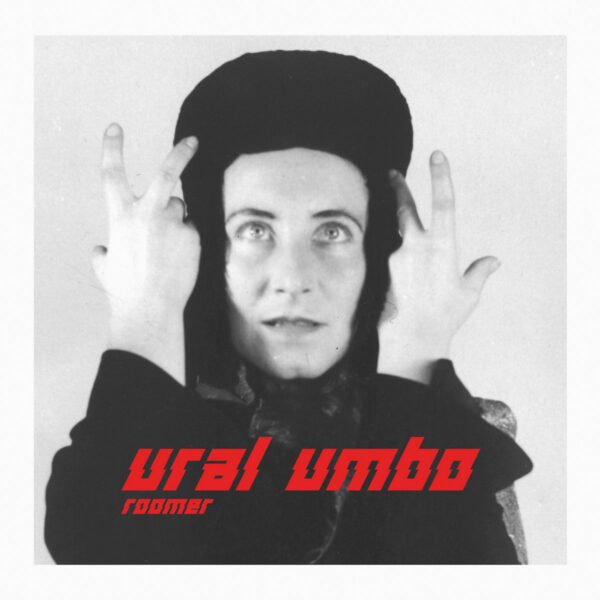 Truth is, I’ve only ever encountered the oddly monikered Ural Umbo from a distance, being just one of those names that has lurked in mail-order pages over the past few years. But, judging by the labels that have given this Swiss/Finnish duo a home, their sleeve art and general, ahem, aura… I always got an impression or two that there was ‘something of the night’, something shadow-hugging about them. And coming face to face with Roomer – it looks like I was on the right track after all. You see this album, their fifth outing, is a kind of conceptual work that references the world of the restless spirits; those entities summoned into the parlour via planchette and forcibly ejected by a priest’s bell, book and candle (or holy water and a couple of prayers), when usually, things get out of hand.

And certainly a fair amount of frisson is generated around the inevitable… (triskaidekaphobics look away now) thirteen tracks on offer. This duo of Reto Mäder and Marko Neuman (now the second double ‘U’ incarnation), craftily avoid any campy, goth-styled showboating and instead opt for a regime of carefully measured soundcraft. While not reaching the chill levels of Faust’s debut l.p., played repeatedly in a darkened bedroom by yours truly in his teenage years, things are run pretty close. “Non Forms” has a peculiar, knocking nails into wood percussive drive, while the eldritch “A Shape of Noise” has Marko’s possessed gibbering/ululations attaining almost Galassian proportions.

Perhaps a comparison to Coil might be near the mark (?). As timing is everything, I’d say the period after they’d finished destroying angels but way before they embraced club kulcha. And like that sorely missed outfit… U.U. might also be thought of as a useful tool for further delving into other esoteric subjects. For those who feel the need to flesh out that goosebump factor, Colin Wilson’s Poltergeist could be your perfect bedside reading companion. Roomer b.t.w., has also been issued as a double vinyl set.