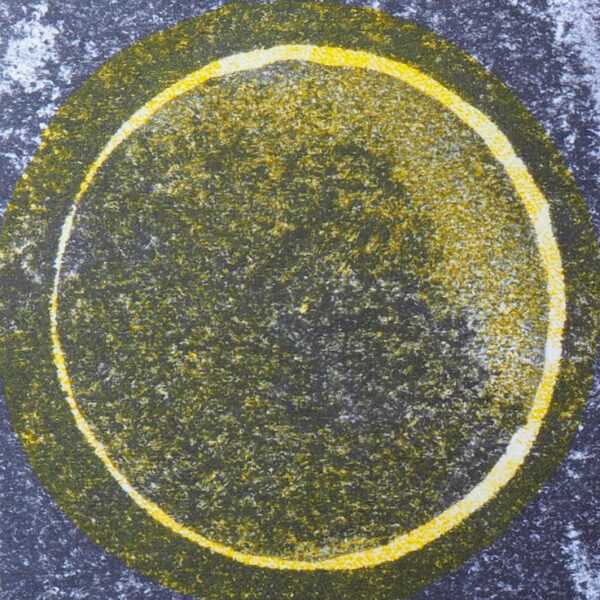 Got another new release from Presses Precaires, the small cassette label based in Montreal and operated I believe by Anne-F Jacques. We heard the first two releases on this label in November 2020, representing unusual and imaginative sound art experiments from Beijing and Mexico City. Today’s item Radio Eclipse is a split release by Nicole L’Huillier and Thelmo Cristovam.

Nicole L’Huillier is from Chile and participated in the 2020 Festival Tsonami, which took place in Valparaiso. It so happened there was a solar eclipse over Chile in December that year, and the event inspired Nicole and many other Latin American artists to create works on that theme. Nicole’s ‘Ausencia y los Eclipses Imaginarios’ is in fact a work of imagination, speculating about eclipses that never even took place; she arrived at this point with the help of analytical software which processed data about past eclipses, and also an AI program called Soledad. Through these means, a graphic score was created, and this was used to build the layered sounds on this 13-minute composition. Nicole gets quite rhapsodic when she muses on the possibility of “thousands of absent suns”, and goes on to contemplate themes relating to images, eyesight, and patterns, finally tying it all together with a very pointed political critique about police brutality in Chile (not unrelated to the recent social uprisings in that part of the world). Her music contains no violence, however – quite the contrary, it’s an echo-drenched drone affair with plenty of layered angelic voices, amounting to a transcendent long-take gaze into the heart of the sun.

On his side of the tape, Brazilian composer Thelmo Cristovam offers us ‘Um Calmo Ciclo Sola Colapsado’. Like the above, this composition has its starting point in the analysis of scientific data, in this case based on on mathematical models of explosions on the surface of the sun. These cosmic events generate electromagnetic field information, data which evidently can be processed and recast as sound. In source material and method, this reminded me very much of Solar Wind Chime by the Bristol artist Helen White, which was released in 2016; she too worked with satellite data and energy being released by the sun, although sadly I found her music very under-nourished from an aesthetic viewpoint. I’m faring better with Thelmo Cristovam’s take on the subject; his music has an eerie stillness that keeps you on the edge of your seat, as you fancy you can observe strange phenomena that are barely understood through the observing platform of your spaceship. The occasional abrasive bursts of noise breaking into this stillness are presumably caused by the terrifying eruptions of solar flares. Though this is very process-based work, Thelmo has found a means to sublimate it, and through it all has produced an understated passage of beauty. Unlike Nicole L’Huillier, he declines to apply any interpretation (social or political) to this statement.