Quite good electropop record of songs by Mzylkypop…the album Kiedy Wilki Zawyja? (DISCUS MUSIC DISCUS 118CD) was originally issued in 2018 on the Yorkshire label Do It Thissen, an imprint dedicated to supporting indie music in Sheffield and South Yorkshire. It’s mostly a showcase for the vocal talents of Sylwia Anna Drwal, with musical backdrops written and mostly played by Michael Somerset Ward, although a number of guest players also appear as an ad-hoc backing band. Sylwia sings mostly in her native Polish with occasional forays into the English tongue. From her makeup and coiffure, plus the slightly doomy caste in her voice and the album title which refers to wolves howling, it seems she’s aiming to project some sort of Goth vibe, with a few side detours into “apocalyptic folk”. She’s competent enough, but I find the musical elements a massive distraction, a throwback to a style of 1980s over-produced pop which I never much cared for. Ward used to be a member of Clock DVA until he signed up with Virgin Records and found career success working with Don Was in Detroit, thereafter working as a studio session player. If you enjoy a lavish and full-on production, you’ll find some entertainment here. Another “outlier” in this label’s catalogue, which has tended to concentrate more on jazz and improvisation. (02/09/2021) 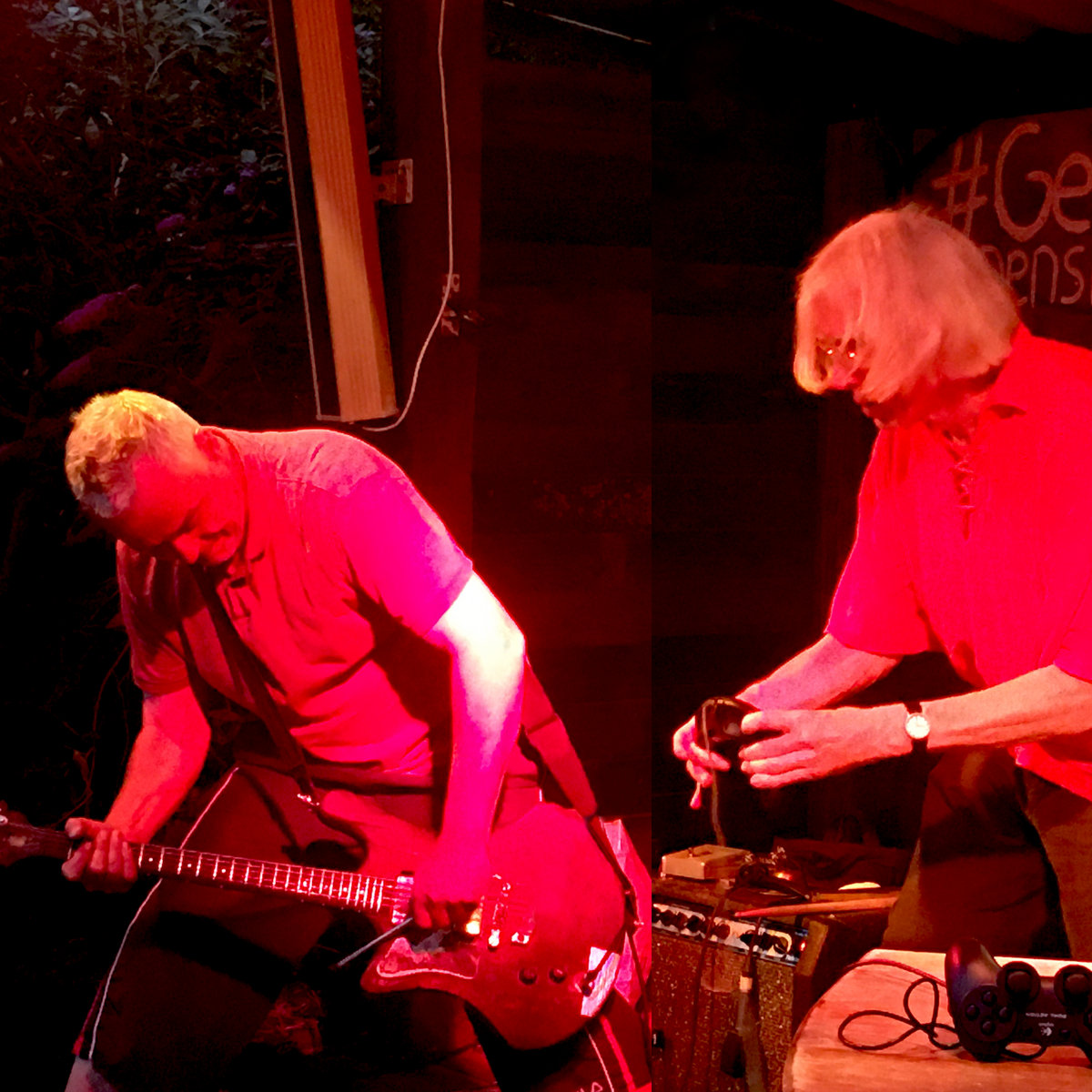 Short and snappy live improvisations by two Dutch heavy-hitters, Terrie Ex and Jaap Blonk. On Ozo Bonn (PUBLIC EYESORE EH? 117) we hear them playing live in 2020 at one venue in the Netherlands and another in Germany. They’ve been playing as a duo since 2003. We’re advised to listen out for “punk rock” vibes from Terrie and his spiky guitar, although it’s mostly rather bitty and scratchy playing, coming in tiny bursts and explosions in between scrabbling about over the waste bins. Even so, I guess the energy is there. We’re also reminded of Blonk’s Dada-inspired origins, and he continues to exhibit a healthy interest in absurdity and nonsense, often producing hilarious effects through his pursed lips and ever-shifting teeth. He enhances his sound with the use of live electronics, thus emerging as an innovative demonstrator model for a new electric toothbrush. I found the Bonn side more satisfying at some level; there seems to be a more sustained effort to work together, more continuity in the action. Even so, the tape is a very disjointed listen. (01/09/2021) 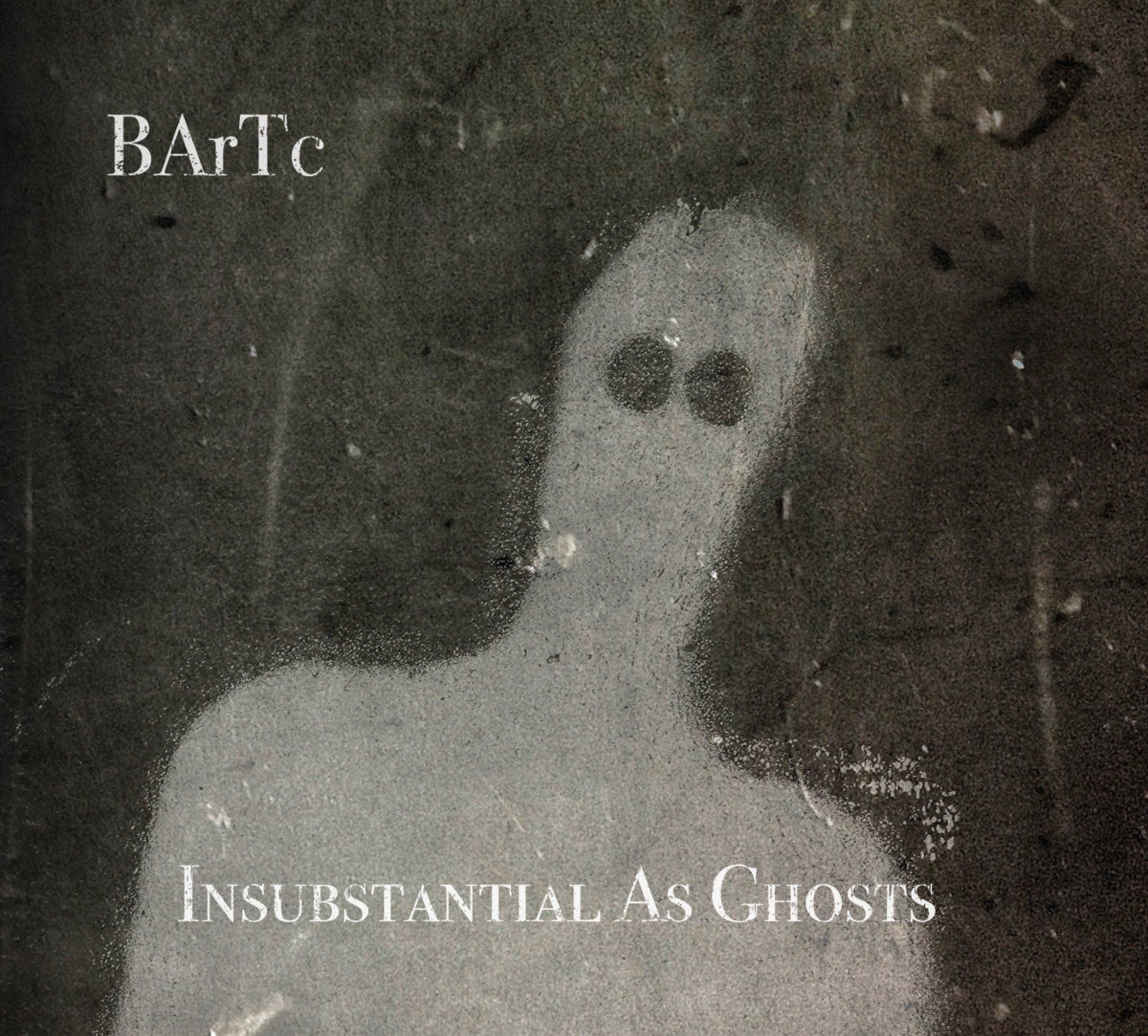 Very abstract electronic flat, blanked-out synth drone from BarTc on his Insubstantial As Ghosts (ICR DISTRIBUTION ICR93) album…solo pieces in various shades of grey aiming for that dark-ambient atmospheric zone where many ethereal spirits can be found floating freely around. This is the debut of Jason Barton from London, who seems to have drawn most of his inspiration from listening to other records – he started with his Dad’s record collection before branching out into his own adventurous forays, and there’s a shopping list of “influences” name-checking everyone from Tangerine Dream to Pierre Schaeffer, by way of industrial musicians such Coil and Chris & Cosey. He may have picked up the surface sound from these musicians, but he has learned virtually nothing about compositional structure. Colin Potter, who runs the label, has taken Barton under his wing by offering to release the record, plus he did the mastering and selected cuts from Barton’s box of recordings. I like the artiste’s claim that he loses himself in his music, entering some form of very personal trance-state where he’s so caught up in the moment that he almost forgets to turn the record button on, although his basic method – that of layering synth sounds with other source materials and field recordings, heavily processed with effects – is quite commonplace. Even so, he manages a few pleasing mesmerising moments on these pulsating droners, with their portentous titles such as ‘The Isotopes Of Yttrium’ or ‘Malleus Incuss Tapes’. Virtually nothing “happens” on any one of these 14 ambiguous gloom-scapes; this deficiency of action seemed to me a drawback at first, but now I reckon it’s his main attraction. Ludicrous cover art. (08/09/2021)