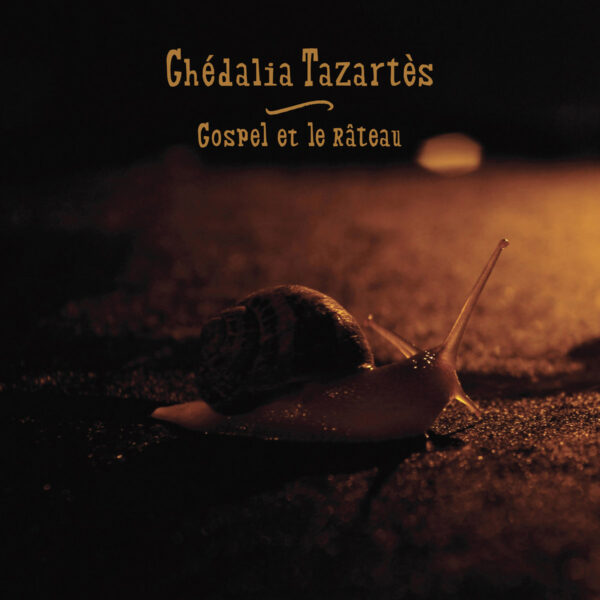 A compilation of previously unreleased songs made by Ghédalia Tazartès over a long career stretching back to the late 1960s / early 1970s, this album almost didn’t see the light of day. According to the Bandcamp page for “Gospel et le râteau”, Tazartès and Bisou Records had just finalised the editing and the cover artwork for the album when he passed away in February 2021 at the age of 73 years. This then is Tazartès’s swansong recording, at least for a while – it could be a very long while – unless his family gives permission for more of his remaining unpublished work to be released. The album took nearly two years to compile: the Bandcamp page describes something of the investigation taken to ensure that the pieces selected had not already been released, and then their sound cleaned up so that sonic clarity and aesthetic unity could be achieved.

Apart from the final track “Supplément aux lettres de Rodez”, based on a text by French writer / playwright / actor / theatre director Antonin Artaud, and which is over nine minutes in length, all the songs on the album are short and most of them clock in at much less than three minutes. Many including the title track itself appear rather like snippets of or work in progress towards longer (and presumably more complete) songs. Quite a few, including works like “Trop tard” which are performed by other vocalists, might be viewed by Tazartès fans as inconsequential: after all, we’re here to hear the man’s own singing and playing, not someone else performing his songs! Generally the album comes across as much less quirky and eccentric than the classic “Diasporas” which had a theme of eternal nomadism and a never-ending search for identity, only to find it in one’s own eclecticism as a result of all that travel – instead “Gospel …” has the air of a bohemian jazz album with nods to rock, punk poetry, Nouvelle Chanson perhaps, folk music from around the world and other genres and hybrids of these difficult to identify. We still have a very idiosyncratic album but one which offers little new from Tazartès that hasn’t appeared on previous recordings of his. It will be an essential one for long-time fans of his to have but others who only want his most important recordings are perhaps best advised to go through his earlier solo work.

The most interesting track on the album is “Gospel” which is radically different from the rest of the album, being a mostly instrumental looping rhythm texture layer in which Tazartès’s voice appears in two layers, one being part of the breathy, snaky rhythm itself and the other a droning counterpoint to that rhythm. The title track is also a highlight showcasing Tazartès’s extreme ululating singing in what otherwise is a laidback droning rock song fragment.