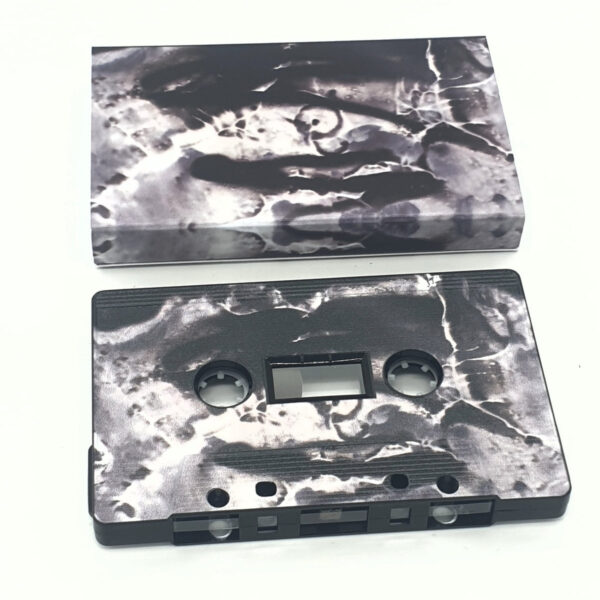 Got four new tapes from the UK label Bluetapes, arrived 20th September 2021. Previous releases, while not without moments of charm, have left me underwhelmed for the most part; will I fare any better today? Here are the first two.

Obsidian Shard turns in a series of collage works on Blue Thirty Eight. The keywords “fragment” and “mosaic” clue us in to his method, but it’s stressed that the entire album is intended as a composed, or at the very least, a highly considered, work. He samples freely from music, sound effects, radio sets and an enormous record collection, never dwelling in one place long enough for a recognisable thing to emerge from the fast-moving parade of atomised content. Some have deployed the collage method to convey a sense of chaos or absurdity, yet Obsidian Shard somehow stops short of that; he balances on the cliff edge of incoherence like a tightrope walker poised over a gaping chasm below, always pulling back at the last second. This tape manages to disrupt our normal listening expectations to a fairly high degree, but not quite far enough for me; it doesn’t pass on a feeling of disconnect or a hallucinatory state, rather one of constantly-deferred pleasure, which soon becomes a little irritating as we endure one incomplete utterance after another. “Little is known about Obsidian Shard,” we read in the press note, “but it is clear that this is an entity of an evolved…musical intelligence.” 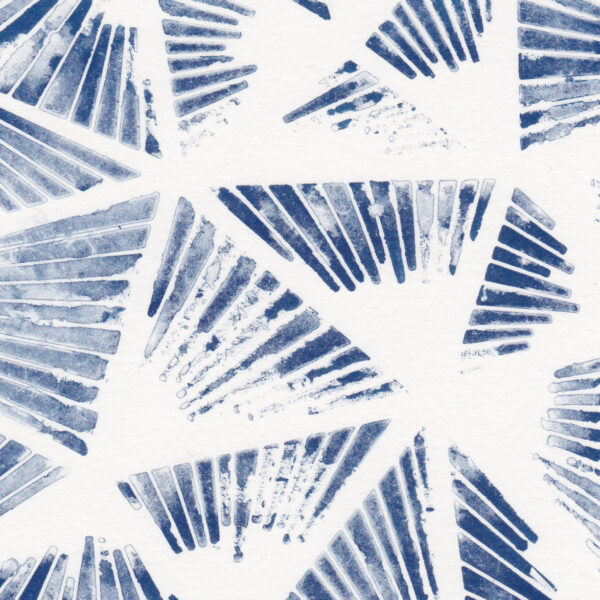 Richard Youngs is the respected avant-garde musician based in Glasgow who I did hear briefly in the early 1990s, on records such as Lake and Advent; on the former, he and Simon Wickham-Smith memorably managed to raise home-recordings into an an artform with their determined, simple loops and repetitions. Apparently Youngs has made over 170 records since those early days, most of which have unfortunately passed us by, but we did note his contribution to a strange and opaque Schubert project for Bolt Records in 2016, when he made Parallel Winter. On Blue Thirty-Nine, we have four songs of a sort, pieces produced by Youngs playing his nylon guitar (with seven strings) and adding his voice by way of tape loops. The plucking and strumming component is about as simplified as you could get, almost like spastic punk rock except played on an acoustic guitar, and extremely obstinate about sticking in the same endless roundabout for lengthy minutes. I found it heavy going at first, very mean-spirited and low on content, tough to endure. It’s clever the way he’s doctored the tape loops to bypass recognisable words in the singing, and all that’s left is a breathy ghost of himself sighing oohs-and-aahs like a condemned session singer who’s somehow managed to escape from some imagined Brill Building Hell.

The label owner confesses to a certain amount of hero worship when it comes to Youngs, and he is greatly enthused by what he hears as “playful, fun music” or “pop song”. I tended to read the tape more as a deconstruction of pop form, reducing it to its constituent parts, almost like a schematic diagram. Having laid bare the mechanics of a song with his scalpel, Youngs deposits what’s left on the dissecting table, and expects it to get up and walk away. Reductionism supreme. Even so, there is a mesmerising pull to these very insistent repetitions, which may eventually reach the point of sublimity.