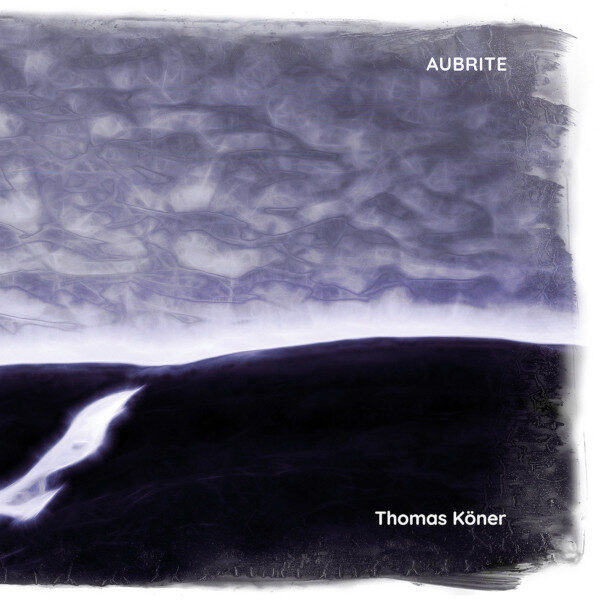 Thomas Köner’s Aubrite (MILLE PLATEAUX MP34) here in a nifty reissue form, following on from this label’s reissue of his Nuuk item from 1997, which came out in June 2021.

Aubrite was originally released on the Barooni label in 1995. Ironically I used to have a copy of that but must have grown dissatisfied at some point, as it’s no longer on my shelves. For some reason it’s now become a pricey collector’s item, so this new CD and double-LP version with new cover artworks will be welcomed by many music lovers. It also includes two new bonus tracks, adding a further 15 mins of music to your package, although admittedly they both seem to be “versions” of existing material, probably subtly remixed and refashioned. Aubrite goes even further than Nuuk in the highly-understated minimo-ambient stakes, long-form gaseous subtly-changing drones with plenty of subdued and smoothed-out tones and low-volume emissions occasionally underpinned by sub-bass throbs that cause the bones of many to rattle.

I think there’s no doubt that Köner deserves to be recognised as a pioneer and maestro of this genre, if such it be, which has loosely come to be known as “dark ambient”. He set a high standard too, adhering closely to a discipline that permitted only a certain amount of variation, for the most part refusing tunes or melodies and aiming at a very specific atmospheric effect, sustaining the mood for long periods of time. Many dark ambient merchants have a predilection for spooky or menacing vibes, and often turn in pessimistic albums that aspire to the condition of a John Carpenter soundtrack, but Köner manages to bypass all of that associativeness in favour of something that’s almost completely blanked out. No wonder the press notes speak of “profound blackness…the darkness of the abyss…the void and vacuum” in an attempt to pin down the stirring effects of this black and empty silence. Köner himself seems to have evolved a personal method and philosophy which he calls “Ultrablack”, and speaks mysteriously of all the stages an acolyte must pass through to reach this imagined Nirvana of minimalism.

The cover photo is also by Köner, with its ambiguous violet and black shapes forming what might be a landscape occluded by heavy cloud…it’s quite a contrast to the orange and yellow abstractions of the original release. While one can’t help but have “arctic” associations while listening to this cold and bleak material, it seems the ‘Aubrite’ is the name of a particular group of meteorites which landed in Nyons in 1836. Presumably Köner found some affinities between his music and these heavily-brecciated rocks from outer space. From 20th September 2021.