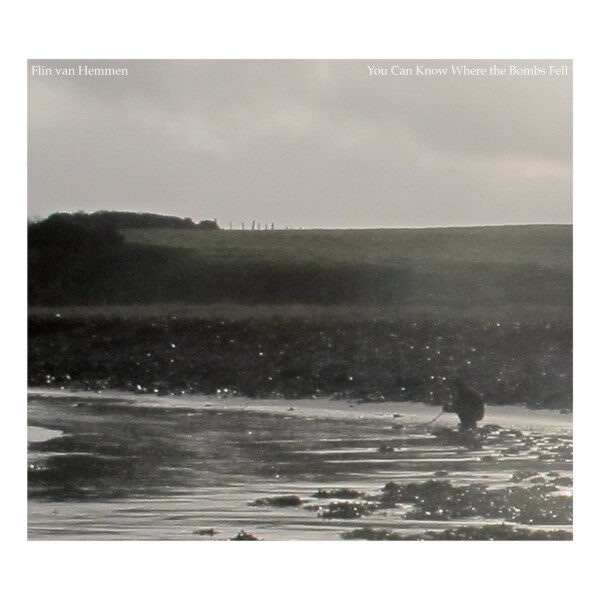 From Flin van Hemmen we have album called You Can Know Where The Bombs Fell (NEITHER NOR RECORDS n/n 019), in many ways a continuation of a process began on previous release, Casting Spells & The Cove released in 2019. Matter of fact today’s record re-uses recordings from the same Casting Spells sessions, hence samples from Todd Neufeld’s guitar and Eivind Opsvik’s bass appear.

Bombs has been assembled largely from music samples woven together with field recordings and home recordings from Flin’s studio. Although van Hemmen is also a talented improvising percussionist, this mode of record demonstrates his compositional skills, and might qualify as a form of contemporary electro-acoustic music. As ever we admire the skill and craft with which he patiently assembles his materials, transforming them; he creates many-layered, very spatial effects, showing only a tangential and minimal passing acquaintance with conventional musical forms, such as melody. With his ear for tiny barely-audible details, van Hemmen reminds us of Lionel Marchetti. These highly immersive environments invite us to make a lengthy sojourn and explore all the corners of the virtual reality he proposes; in short-ish tracks, nothing longer than ten minutes, he evokes a sense of something infinite. He has a gentle touch in his craft, avoiding many of the pitfalls of certain strains of ambient music, and the record is airy and light, never cloying or oppressive.

The title is very evocative, suggesting that we can find traces of aircraft damage in a post-war wasteland as we wander among these virtual craters in his audio landscapes, yet despite the violence implied by the use of “bombs”, this is not a record depicting conflict or turmoil. Another strong release on Carlo Costa’s Brooklyn label. (15/09/2021)