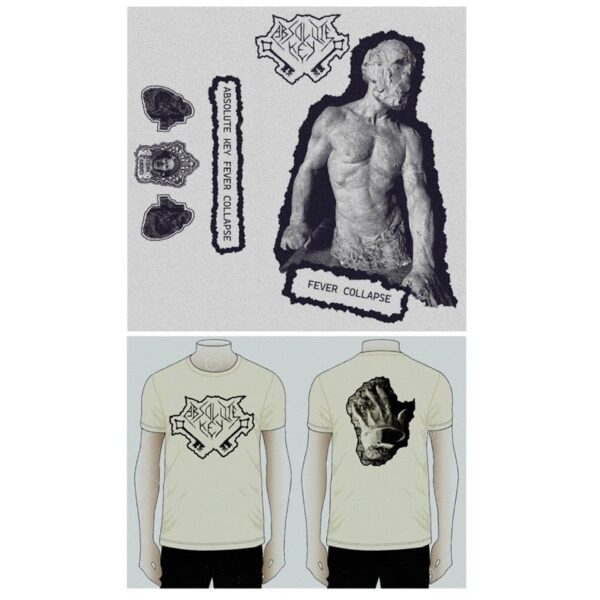 I only discovered Absolute Key and its prolific output very recently so there’s a fair number of releases for me to churn through if and when I get a chance. Absolute Key is the solo black ambient / industrial / noise project of Antti Klemi, one of the two men behind the veteran experimental black metal / dark folk act Circle of Ouroborus who incidentally have also been busy this year with three album releases (three album releases?!) in June and September respectively. While CoO’s albums have usually been quite eccentric and idiosyncratic affairs ranging over black metal, post-punk, dark folk, dark ambient and even dungeon synth, with songs performed in a fairly minimalist style, Absolute Key traffics in more densely layered music spanning as much, or even more, industrial noise and power electronics as it does black metal and ambient.

Across four tracks, the titles of which describe a narrative of a hive-like society in breakdown due to alien contagion, the music swirls through bristly noisy power electronics (“Disturbance in the Hive”) and industrial-influenced dark ambient with spoken word lyrics and, later in the track, ambient electronic noise (“In this collapse”) to blackened noise / industrial (“Feeding the fever”) and nihilistic dark ambient / industrial (“The Lava”). Of these tracks, “The Lava” is the most terrifying as Klemi takes to the microphone to condemn the society sinking beneath the menace that, malevolent as it is, paradoxically will also cleanse the Earth of its human pathogens.

Even with Klemi’s familiar vocals dominating two tracks, this music is far, far removed from his usual band’s work, dark and sometimes depressive as it is: “Fever Collapse” is a deeply misanthropic and nihilist work of despair and hopelessness. Unexpectedly perhaps, even in the depths of black desolation, the music can be beautiful. In its last moments as life finally dies away, a glimmer of what might be hope, demented though it may be, appears.

For what is a short recording, less than 25 minutes, the music is varied, going from the inhumanly noisy and intense death industrial to super-quiet ambient, and the volume dynamics are huge.