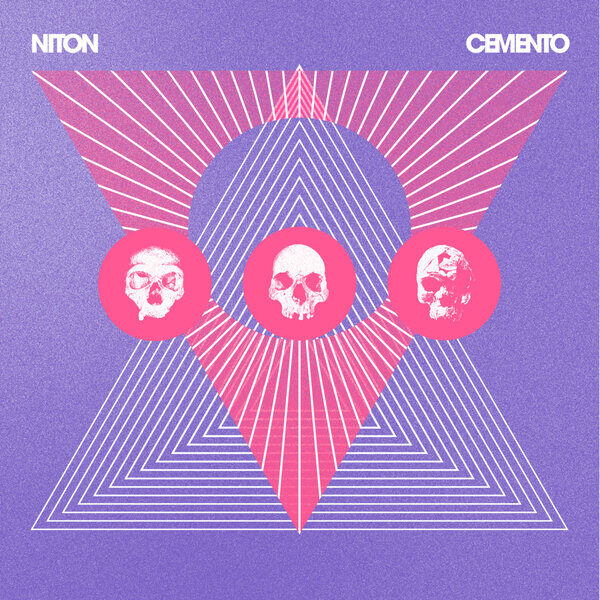 Curious mix of electronica and modern musique concrète from Niton…perhaps concsious of the musique concrète thing, they have wittily elected to call their album Cemento (SHAMELESS RECORDS SHLP10), and each track is named using the word for ‘cement’ from a different language…actually made with a formidable array of Roland and Korgs, plus a number of unusual instruments such as the five-stringed electric cello and prepared banjo, and amplified objects such as springs and pipes.

The trio who produced this are Swiss-Italian, named Luca Xelius Martegani, Zeno Gabaglio, and El Toxyque – an alias for Enrico Mangione, who also calls himself Mr Heny, Lucha Libre, and a host of other names, plus he wears a Mexican wrestler’s mask when performing. Cemento has been labour-intensive for them to produce – five years of effort collecting sound materials from a wide range of places across Switzerland and Italy. Then there was the job of editing and studio processing, where the stated aim of Niton was that the sounds should “coexist side by side, to trace a listening path”. This vague, descriptive language of theirs matches the general woolliness of this drab, unsatisfying album; no tension in the performances, no surprising revelations achieved by the editing, and the sounds themselves are just not that interesting to begin with. Perhaps they spent too long doing the collecting, or pehaps all the life was drained out by post-processing, but what’s ended up on the grooves is mostly nondescript, murky, drone and lurching, unpleasant, emanations. I was hoping for something more exciting on a project involving the electric cello and the electric marranzanu, but it’s a dreary snoozefest. 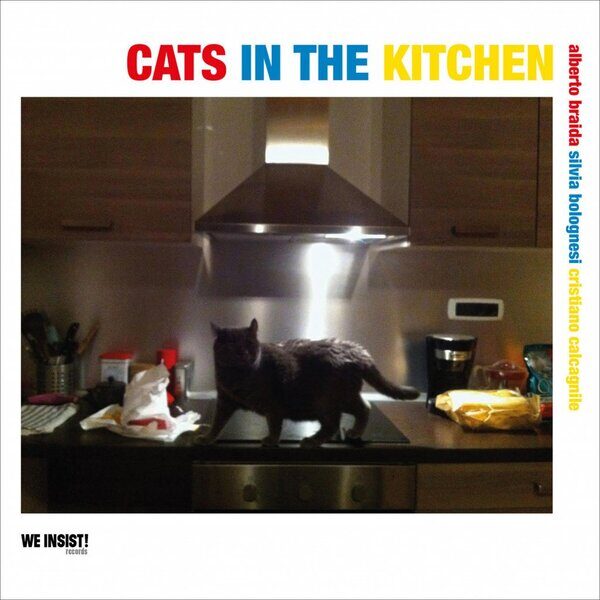 Last heard from Italian jazz pianist Alberto Braida on From Here To There, a fairly decent piano and clarinet duet record with Giancarlo Nino Locatelli. Interestingly, Braida claimed to be inspired by cartoon art for that album, a trend which (sort of) continues on Cats In The Kitchen (WE INSIST! RECORDS CDWINE15); he was captivated by one of his young daughter’s drawings which used a simple circle and ellipse to convey the idea of “a man flying”. Braida is aiming at that same simplicity and innocence on these nine “almost childish” pieces he composed, which likewise employ a circular structure so they can repeat themselves without interruption. In this way he hopes to offer a lot of improvisatory freedom to the players in this jazz trio – himself, and his old friends Silvia Bolognesi (bass) and Cristiano Calcagnite (drums). Pleasing, melodic work with plenty of chords, but very conventional too – like a kind of watered-down Bill Evans trio, or Dave Brubeck. Very little invention in the music and a serious lack of tension in the relaxed performances. One hopes for a smattering of the musical chaos implied by the album title, but these cats are simply domesticated and playful. (07/10/2021) 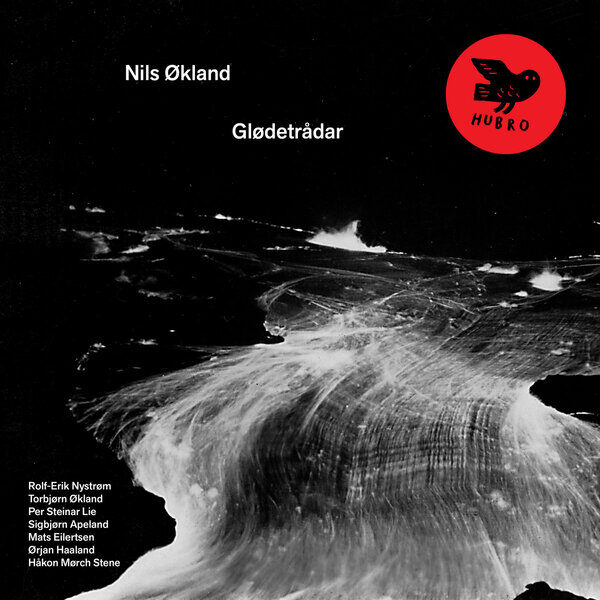 Norwegian composer Nils Økland has long been interested in the folk music of his home country, as well as composition, jazz, and improvisation – and as an earnest of the folk connection, he plays the Hardanger fiddle (an instrument we have heard on the fine record by Sarah-Jane Summers). His musical pedigree is reflected on today’s record, a composition called Glødetrådar (HUBRO MUSIC HUBROCD2632), a work which was commissioned by Vossajazz (an annual festival in Norway) in 2016; it also happens that Økland himself has a personal connection to the Voss area, since he spent his student days here and also was the musical leader at an Academy.

The aim is that these eight pieces of instrumental music should coalesce and work together nicely to produce a satisfying concert. One calls this a “composition”, but it seems that Økland doesn’t write much down in the way of conventional notation, and prefers to develop the music through “sketches” and by working closely with the musicians. As the members of this small group – playing woodwinds, trumpet, mandolin, electric guitars, harmonium, bass, drums and vibes – happen to be friends of his, the process has evidently gone smoothly and been enjoyable for all involved. To use his own expression, he’s not so much interested in their instruments as he is in their personalities.

An enjoyable and quite dynamic piece of instrumental music is the result, where the fiddle-driven folky melodies are the most upfront segment, and where all the players blend harmoniously as they lilt gently along on these deceptively simple rhythms. Every so often the music may suddenly switch down a vaguely contempo-rock route as the electric guitarists are given a few bars to shine, but mostly the acoustic mode dominates. Contains elements of folk, classical, jazz, and rock. (07/10/2021)