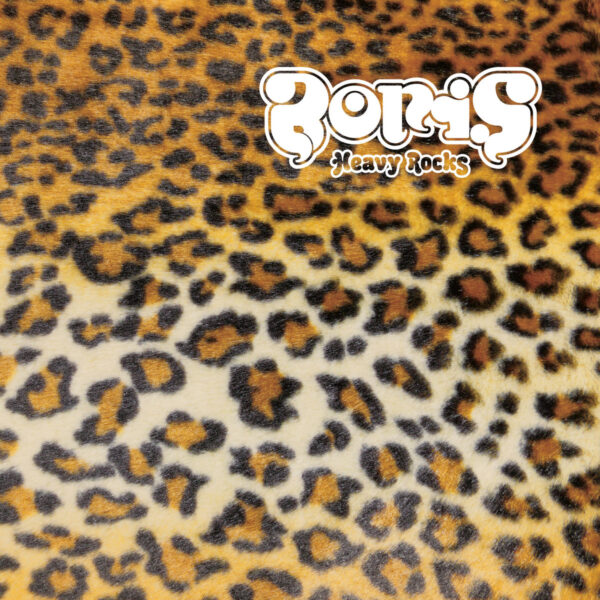 Celebrating 30 years (and a humongous discography of nearly 30 albums and countless singles, split works and collaborations) together as Boris, the trio of Wata, Takeshi and Atsuo proceed to release their 28th album and the third album in their “Heavy Rocks” series. Is there no stopping these guys as they steamroll their way through 1970s hard rock? On this album, the band reinvents itself – well, we could say Boris reinvents itself with each successive album – as a hard rock / proto-metal outfit with unexpected forays into thrash, punk, noisy John Zorn sax improv, psychedelia and even a bit of industrial.

All ten songs on the album vary with respect to style though some are better than others in the extent to which they play with the genres they reference. The first three songs pass in an unremarkable blur of fuzzed-out rock’n’roll or a mix of hard rock, proto-metal and punk. It’s only with the fourth song “Blah Blah Blah” with its demented sax-dominated introduction going into a spaced-out cavernous soundscape of guitar feedback bursts, screaming vocals and more improv sax mania, that Boris finally reveal something of what has made the trio great for the past 30 years: their ballsy attitude to experimentation no matter how much it might have antagonised and confounded fans and critics alike. “Question 1” shoves the hard rock through a wringer of shrill noise, savage thrash punk and space psychedelia. The guitar drone riffs can be shrill and hard on the ears. On “Nosferatou”, Boris mashes droning crumbly doom, improv jazz sax, a soothing choir, a tortured lead vocal almost in the style of Metallica man James Hetfield, and a dreamily sprawling cosmic psych background ambience into a song that, despite its lack of obvious structure, is a self-contained whole filled with tension.

There’s room for catchy little ditties like “Ruin” and “Ghostly Imagination”, the latter giving way halfway through to some crazed guitar experimentation, thrashy jamming and a bit of triggered industrial rhythm. “Chained” is a frenzied work of hard-hitting percussion, soaring guitar and effects (at times distinguishing between the two is difficult) and yelping vocals in a trance-like soundscape not unlike what the trio achieved on “Rock Dreams” with Merzbow way back in 2007. Wata and the boys save the biggest surprise though for closing track “(not) Last Song”, an impassioned ballad (!) of Takeshi’s tormented singing and solo piano melody embellished in its second half with harshly bleak guitar feedback drone atmosphere.

At times the album is hit and miss though the lesser tracks on the album might be a send-up of generic Japanese hard rock and metal. The album sparkles much more once the early tracks are out of the way and the experimentation, led by the deranged saxophone, begins in earnest. The songs become distinct soundscape pieces with darkly cosmic psychedelic backgrounds, intimations of loneliness on tracks like “Question 1” and “(not) Last Song”, and often tortured singing. Like it or not, in spite of its inconsistency and the frantic pace, the album is best heard as one unit from start to finish to experience the full force of Boris-style experimentation and the range of dark spacey psychedelic worlds generated.

Even with its rollercoaster ups and downs, “Heavy Rocks (2022)” demonstrates that whatever is in Boris’s gas tank is still fresh and full of fire. There surely is enough of that inspiration to power the band’s quest for new sonic territories to conquer and cover for a long, long time yet.