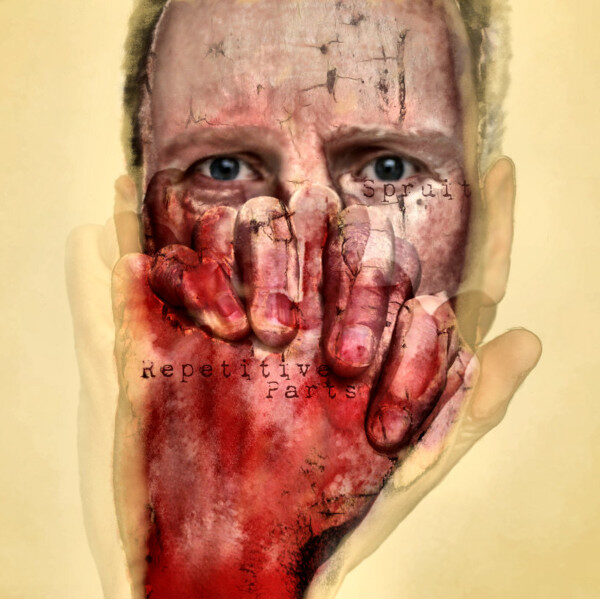 Spruit is Marc Spruit from The Netherlands, and he works with digital samples which he subjects to very intense editing, then plays the edited nuggets through his laptop. When he plays his laptop in this way, he calls it “improvisation”.

On Repetitive Parts (NO LABEL), he’s produced seven short pieces in this way, each one a puzzling gem of highly-abstracted digital language, very far removed from music as we understand it; no tunes, no rhythm. However, there are organic components, a fact he is keen to emphasise; the structures are organic, he’s using more field recordings, and he’s trying to emulate the cycles of nature in some way. He’s also aware of modern dance music, but wants to escape the “mathematical precision” of that genre, hence his strenuous efforts to resist any kind of four-beats-to-the bar grid or other recognisable shapes in his music. As I write this, I perceive there’s a certain dichotomy in his plan, as if he’s striving to be both natural and unnatural at the same moment, on the one hand rejoicing in the joys of the sunrise and meadows, on the other hand spurning the predictable results of computers enslaved to the soulless dance-music factory. If that observation is halfway true, it might lend the album a certain kind of tension as Spruit attempts to resolve his mental dilemma, working it out in real time.

As it stands, the results are almost inhuman and very challenging to listen to; he certainly has moved on a lot since we first heard his music in 2009, a time when he was doing it with turntables and mixing desks, but still managing to cause alarm and distress in the audience when he did it live. Thankfully, despite this focus on compacted digital shards and tersely-edited samples, he hasn’t quite retreated into an unfathomable and inscrutable world as yet. Cover art of an agonised face and bloody hands may lead listener to expect a tad more humanity and guts than are actually present on the record. (02/11/2021)