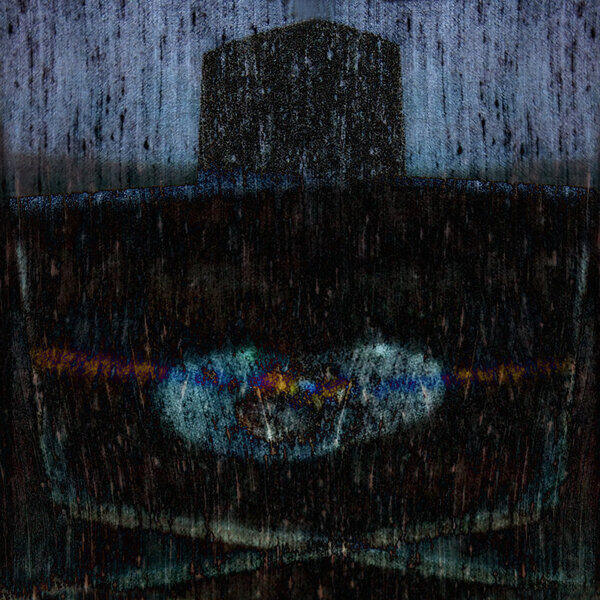 Canadian player Pierre-Yves Martel made a series of recordings for a blog called Weird Studies, said blog jointly hosted by Phil Ford, a professor of musicology, author, and musician; and J.F. Martel, author and screenwriter from Ottawa. I’m assuming these 12 short instrumentals on Weird Studies: Music from the Podcast Vol. 1 (NO LABEL CSR-001 CD) were originally broadcast on the blog and may still be hosted there, but it’s nice to have them as a single collection.

Martel mostly plays various types of guitar, including the pedal steel and lap steel guitar, but also some synths; occasionally he’s joined by Philippe Lauzier with his woodwinds, and the drummer Isaiah Ceccarelli; tuba giant Carl Ludwig Hubsch even guests on one track. I especially enjoyed the early cuts like ‘Interzonal Transit’ and ‘Nascent Red’ which betoken a nice bleak vision with their emptied-out aspects, but these turn out to be atypical of most of remainder of release, which evolves into a kind of portentous, doomy cinema soundtrack-inflected guitar rock played in a low key manner, not unlike Earth, or recent Norman Westberg solo records. In this way, the album unfolds like episodes in an evening’s viewing of dark sci-fi or horror TV, full of inexplicable images.

In the enclosed sleeve notes, Ford waxes lyrical about the unnameable sensations this music invokes for him, finally settling on “the feeling of swimming underwater and somehow being able to breathe”. On his side of the insert, J.F. Martel pens a mini-essay about recording technology and the intrinsic and extrinsic qualities of “space” in a recording. Blackened cover art is by Frederique Laliberte. Pierre-Yves Martel is for me forever associated with the viola de gamba from a previous record he made, but he’s demonstrated his versatility on many instruments, and performing in many contexts and collaborations; this record shows yet another side to his talents. Also available on vinyl. (19/11/2021)