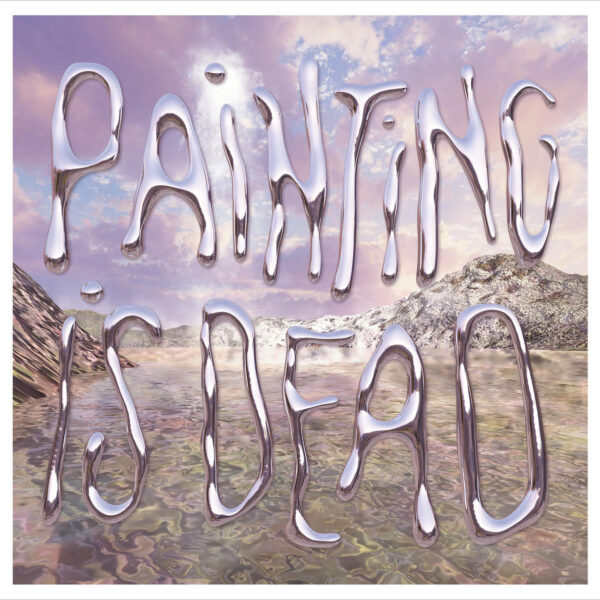 A lively (and, at least in its early half, very much alive!) recording of electronic post-pop with a noisy jazz bite, “Painting is Dead” is the debut of German trio Painting, formed by Theresa Stroetges and Christian Hohenbild, both formerly of Soft Grid, with Sophia Trollman. All three members share vocal duties, though Stroetges usually takes the lead vocal role, and bring a wide range of musical instruments and experiences to Painting’s sonic palette: Trollman contributes saxophone and some synthesiser playing while the other two members bring a conventional jazz or rock-band set-up, Hohenbild on drums and electronics, and Stroetges on guitar, bass and synthesiser. This combination allows the musicians to play about and experiment with expectations and stereotypes attached to pop music and other genres of popular music, question them and break them down, and in doing so discover fresh and dynamic modes of musical expression. The band extends its iconoclastic approach towards music-making to its lyrics and lyrical subject matter.

Opening track “Symmetrical Pattern” sets the pattern, musically and lyrically, for the album to follow: the vocalists question what is normative and what is not for intimate relationships between people against a soundtrack of energetic post-rock dominated by bass guitar and keyboard melodies, later embellished by a sax solo. The jazz / post-rock mix continues with “Maybe It’s Like Riding in a Little Jeep”, a more laidback and swanky song with high-pitched girl-group singing duetting / duelling with shrill sax solo melodies. “All My Eggs go down the Drain” is a tense electro pop ditty with a skittish rhythm that sardonically comments on current assisted reproductive technologies that treat people as egg or sperm-producing factories. The song later transforms into a melodic though creepy synthpop piece of manipulated robotic vocals that repeat over and over.

Remaining songs “I’ll Be a Shadow and a Cloud” and “Who are the Pretty New Ducks in the Pond” are disappointing straight-out filler synthpop pieces flagging in energy and originality. It’s as if having woven a clever trap, the Painting trio ends up walking straight into it and the trap has caught the three in a dead tight squeeze. The vocals especially seem strained and have a sickly saccharine edge. Even the sax noodling in “Who are the Pretty New Ducks …” can’t save this song as it goes underwater under the weight of the repetitive singing.

Shame that the album started out well and promised so much, and then fell over in its critical second half, where the ideas and concepts developed early on should have blossomed and borne plenty of ripe fruit for a follow-up album to munch on.