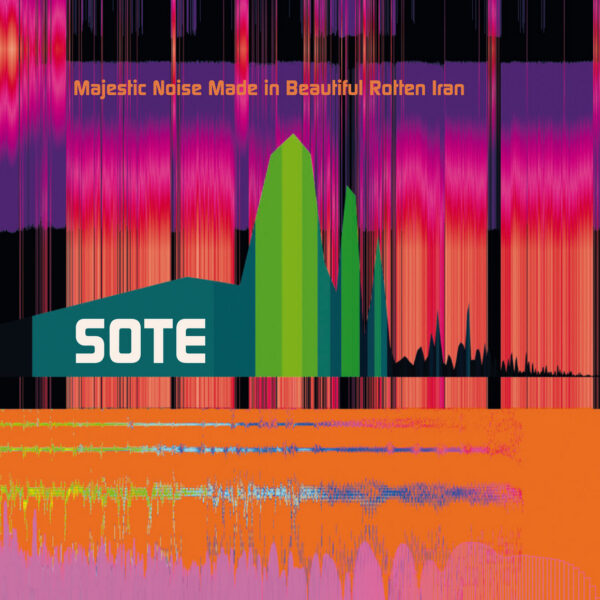 It has been about fifteen years since I heard and reviewed the compilation “Persian Electronic Music” featuring Ata Ebtekar aka Sote and Alireza Mashayekhi for The Sound Projector so it’s way overdue for me to review another work by Sote. Compared to what he did for “Persian Electronic Music”, this recording is an aggressive and confrontational affair featuring both electronics and acoustic music. “Majestic Noise …” demands all your attention and, once it has all your focus, it takes it over entirely with highly dynamic soundscapes running the gamut from loud and noisy bangs and crashes to the most delicate and fragile sinuous twittering. The dimensions scaled by this recording can be massive. Dedicated to the memory of Peter Rehberg (1968 – 2021), this album by turns is restless and skittery, graceful and melodious, contemplative and brooding. Track titles suggest a complicated relationship between the artist and the things he treasures dearly yet which also confound and disappoint him. His native country Iran with all its rich culture and contradictions surely is among those treasures.

As the album progresses through often noisy and sometimes just plain synthesiser blast, the music finds its true groove in middle tracks like “Dogs” and “Neo Fatal Technology” where it becomes glamorously sci-fi sinuous, hypnotic and not a little sleazy in sound. An alternative sci-fi dystopian kitsch universe appears to be under construction and we are right in the thick of this strange and troubled dimension dominated by robots and cyborg creatures controlled by a panopticon central computer complex. Closing track “Hearts and Minds” plays like an elegy for worlds that might have been but are now lost or never to be realised.

Dominated as it is by synthesisers, and quite loud ones at that, the album does have a slight kitsch sound in several of its tracks and maybe those cheesy tones were deliberately selected by Sote as a way of expressing ambivalence about aspects of modern Iranian society and culture. It is a very dramatic and intense work, and I don’t wonder that at times during the making of the album the artist experienced some personal and creative difficulties in reconciling what he wishes for Iran and what he knows of the reality in Iran.