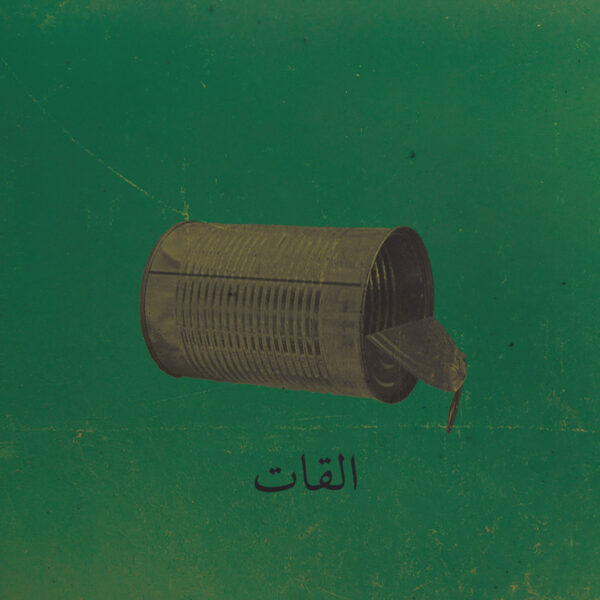 Led by Eyal el Wahab, a self-taught Israeli musician of Yemeni origin, El Khat is an ensemble playing orchestral-styled music harking back to the classical Arab orchestras of the mid-20th century that backed famous singers like Umm Kalthum, Fairouz and Farid al Atrash. Named after the plant and the addictive drug derived from it, El Khat play noisy and rough-hewn music incorporating horns, strings (including electric guitar), keyboards, clattering percussion and above all various instruments that Eyal el Wahab made himself from discarded junk. You’d never know from listening to this album though that several if not even most instruments were all DIY as all musicians here play impeccably and the album itself is well recorded if minimally – you would just assume the band had deliberately chosen to play and record in a garage-punk setting. Nearly all the short songs on the album were composed by Eyal el Wahab himself and more or less express his desire to reconnect with his family’s roots and culture in Yemen.

The music is dramatic and intense, filled with heady passion, with a sultry, even psychedelic ambience thanks to the addition of raw-toned electric guitar. The raucous, noisy drums and the strident horns add a raucous and ramshackle impromptu element to the music that makes it sound as if it was all dreamt up on the spot, perfect in its arrangements and atmosphere, all fresh and energetic and set for action. El Wahab’s singing is similarly rough and ready with a slight hoarse tone. Opening with the boisterous and celebratory “Ma’afan”, the album quickly establishes a party-like atmosphere in which it seems anything and everything can happen quickly yet casually. The energy and exhilaration of “Ma’afan” continue through “Djaja” and subsequent tracks with the layered percussion, in all its tinny clattering glories, prominent in all songs and often challenged by sparkly electric guitar, brassy horns, moody piano and other keyboards in turn. “La Sama” allows each instrument its turn to shine in the hot sun, seemingly interrogating the vocals and the drumming.

From a point of view that prizes continuing musical inventiveness and innovation in a genre that might long have been thought superseded by global music forms, the most interesting moments on the album come late, starting with “Leilat al Henna”, which sounds much like a pop song of love and longing but has a massive if strangely bleached (and not a little ominous) ambience in its later orchestration. “Said Min A’Sawad” proceeds like a typical classic 20th-century Arabic orchestral song at first before deconstructing itself into its constituent instrumental parts. The album unexpectedly finishes with a short instrumental noise drone piece that turns out to be the title track.

No two songs are alike, and you’ll swear you can hear influences from different foreign genres in this jaunty retro trip that brings a new spirit of DIY invention into a past genre of contemporary Middle Eastern / Arab music. The unique instruments made by Eyal el Wahab bring a sharp, jagged edge that energises the melodies and rhythms, and turns them into raw and funky street-dancing music. I can imagine there is no-one or no group quite like El Khat in creating and producing a classic orchestral style of music with a garage punk aesthetic.