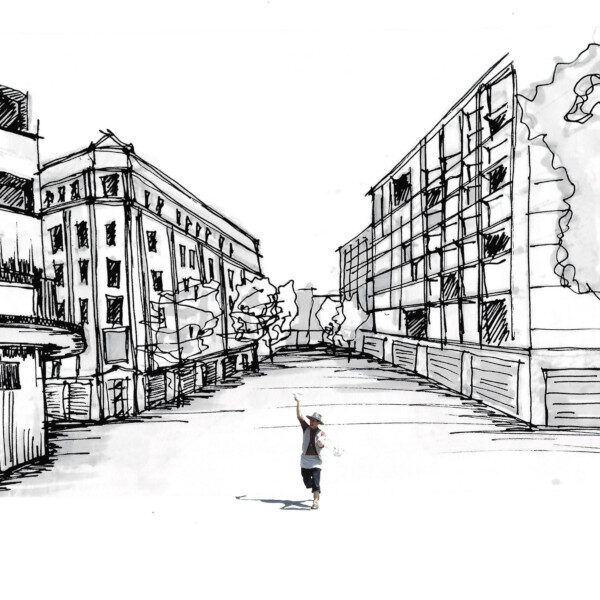 Excellent phonography / sound art piece by Paula Schopf. Her Espacios en Soledad (KARAOKE KALK ESPACIOS EN SOLEDAD) isn’t just another field recording record, but a truly personal statement and one that happens to be very evocative and beautiful to listen to.

Schopf is known to many for the life and career she’s made for herself in Berlin, but she was born in Chile; she had to leave Santiago in the mid-1970s, presumably after the fall of Allende and the Pinochet military coup. In Berlin she became the respected DJ Chica Paula, fell in with Gudrun Gut, and joined the Ocean Club community. As Chica Paula and Chica and The Folder she has made a number of 12-inchers since 2003, but this is the first thing I heard from her. Today Paula Schopf is not only an active sound artist, but she’s also an outspoken activist and champion of women’s rights.

During her exile – and that’s not too strong a word – in Berlin, she would muse on what was happening to her country’s musical heritage. Pinochet didn’t miss a trick when it came to interfering in every possible aspect of culture, controlling everything he could, and silencing dissident voices. The protest folk singer Victor Jara was tortured, and killed; traditional instruments such as the charango were simply banned; radio stations were shut down, and wavelength frequencies were restricted; even music festivals were controlled by this dictator, simply to ensure that everything projected the officially-sanctioned view of Chile to the world. All of this adds poignancy and meaning to Schopf’s return visits to Santiago; when she returns, she walks through the city centre, and listens to the noise. “We are surrounded by noise,” she remarks in her brief sleeve note, “It is as if the noise is holding the environment together, so that we may recognise its meaning”.

These thoughts feed into the more general speculation “can the ear have a memory?” which we read in the press notes. Schopf’s layering and editing of sounds and music on this short 17-minute record transcend everything, and create a vivid experience that is also filled with emotion; she does indeed come close to conveying her own personal memories and experiences, or at the least evoke them successfully. The work’s meaning is supported by the presentation of this album; it’s a single-sided record with a street-plan motif engraved on one side, an image which is also picked up on the back cover, and the inner sleeve has a photo-collage of street surfaces layered together in bands, much like the sounds we hear.

The visual artists credited here are Adelaida Schopf, Paula Anguita, and Hugo Holger Schneider who did the front cover. Together, the creators have created an integrated artistic statement with this release. From 16 December 2021. 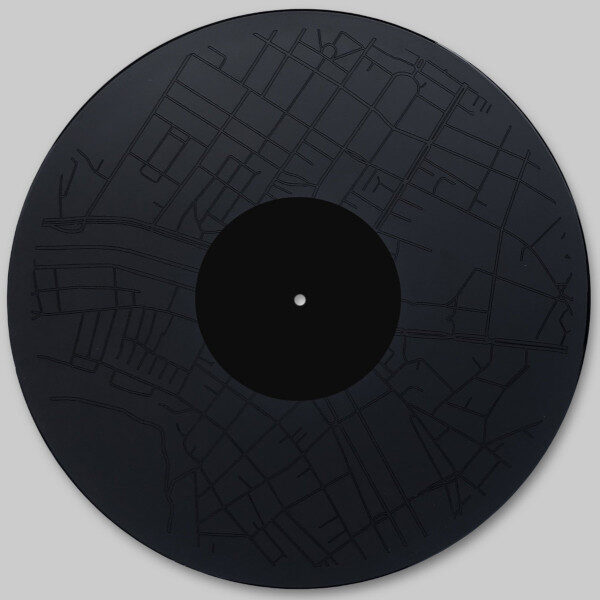