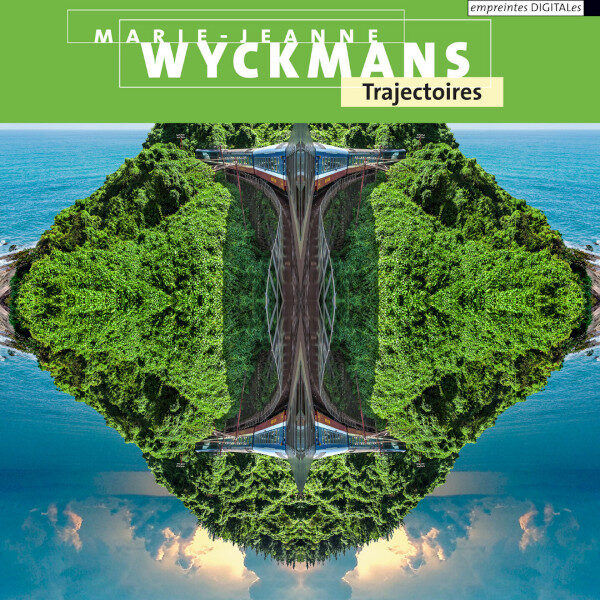 Belgian-born Marie-Jeanne Wyckmans is another composer inspired by cinema – and also by dance, theatre, video, TV, and radio, areas in which she has worked in her career as a foley artist. Her Trajectoires (EMPREINTES DIGITALES IMED 21176) is mostly made from field recordings, sound effects, and phonography, and many of these nine compositions tell stories, or at least contain strong suggestions of narrative, often with a travel theme. At least two works are inspired by literary sources, in particular two poets. Water and oceans seem to crop up quite a bit, even to the extent of her use of the word “waves” to convey her intentions, and the best pieces here have that precise effect of enveloping the listener in sound – a “dive into bleak magma”, as she calls it. The centre-piece of the album is three substantial works about the pandemic, composed between 2019 and 2021; she wanted to “hold a mirror” to the situation, to show mankind how it really is, and she was not afraid to reflect back some unpalatable truths, telling us things we might not want to hear. She achieves this with vivid images of sulphurous air, anger setting everything on fire, all of mankind screaming in pain, and a world depleted and destroyed by our own insatiable greed – the latter of which is, arguably, one of the many causes of the pandemic in the first place. The trilogy does end on a note of hope – ‘Fin de crise’ – but not before Wyckmans has issued her stark warnings with the implacable certainty of a true sybil. Personally finding a lot to enjoy and appreciate in the ideas and music of Marie-Jeanne Wyckmans, her originality and her sympathetic humanism. 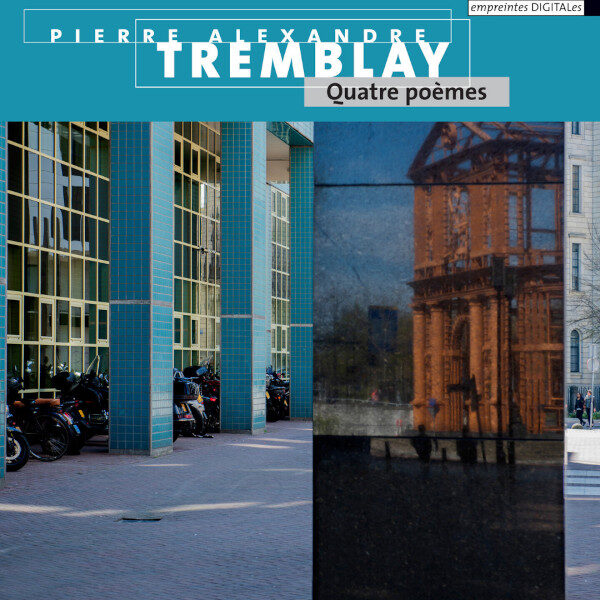 Another composer influenced by poetry is Pierre Alexander Tremblay, explicitly so on Quatre Poèmes (EMPREINTES DIGITALES IMED 21177), where he declares his intention to put together an album that he considers to be “a volume of poetry”, with four not-unrelated compositions, all of them exhibiting an allusive approach to the chosen themes.

Apparently he lives somewhere in the north of England now, if his statement about ‘Bucolic & Broken’ is anything to go by; in this imaginative 12:32 minute collage of recordings, he evokes a portrait of the United Kingdom which is somewhat less than flattering, but realistic nonetheless. He sees our ancient worn-out traditions reflected everywhere, particularly in our buildings and furnishings, and is faintly amazed that society is still holding together in this crumbling, post-Brexit environment. Two other pieces here are no less astringent in their observations, and seem more engaged with general problems of communication and information. ‘nureinwortgenügtnicht1’ (which translates as asinglewordisnotenough1) laments the way that it’s impossible to translate any text accurately, hence the possibility of meaning and making yourself understood seems ever more remote. These ideas have been around since the time of Ferdinand de Saussure, and led to all kinds of doubt-fuelled crises in the 20th century. Musically, Tremblay makes his observations with ingenuity and economy, starting out with what sounds like an approximation of a typewriter driven mad by frustration, and leading into darker long-form tones of bleak uncertainty.

There’s also ‘Newsfeed’, a very good oblique commentary on the problem of data-saturation which, pretty much, the world has been facing since the invention of the internet and the spread of mobile phones, social media, and other outlets. Tremblay doesn’t try to wish it all away (as I personally feel like doing), and freely owns that he is “addicted to information”, but he does pinpoint the issue of constant updates to everything, making it impossible for any of us to keep up or even to know what is true in a world full of false news, gossip, and trivia. For 24:15 minutes, we have audio saturation in the form of repetitions and musical overload; but it’s carefully controlled, and far from being a mess of chaotic noise, this is a genuine work of art, creating a metaphor for the composer’s own personal echo-chamber of the mind, depicting not only the process of data saturation but also showing something of the ways in which we attempt to shape that information, filter it and process it. It sounds like it’s a struggle, perhaps going against human nature and the way that the brain really ought to be working, and it’s possible we won’t win this battle against the computer.

It’s not often that we get trenchant, critical editorialising of this sort surfacing in this genre of music, and I would welcome more of this “personal essay” style in electro-acoustic composition. Full marks to M. Tremblay for this excellent release.