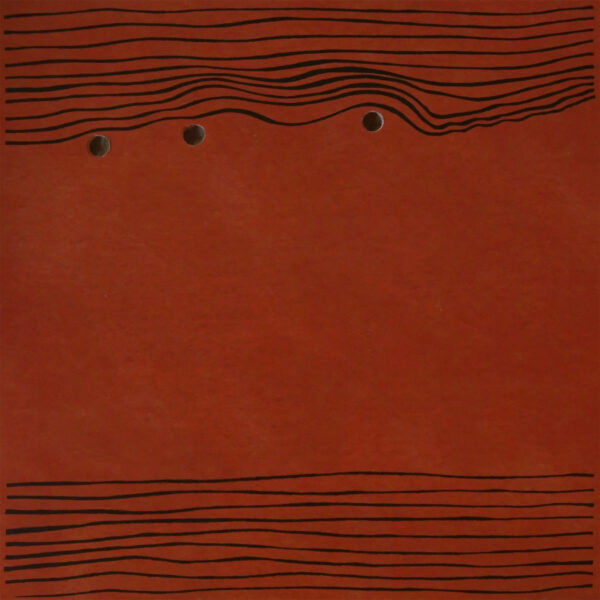 If “Turbulence” is the prequel, as claimed by the blurbs at both Verlautbarung and the Helen Scarsdale Agency (Bandcamp), you have to wonder how Jim Haynes is going to top it on the next recording. Two very lengthy 20-minute studies of undulating waves of droning noise being hammered at so much and so relentlessly, you can smell the ozone coming off them, wind and snake their way through your head leaving black smouldering lines in their wake. For 40 minutes we are cast into a world of post-industrial decay, a bleak landscape where the bots and sprites that once inhabited banks of machines and computers in factories and corporate departments now eke out a living amid the ruins of metal structures and the tangle of wires and cabling. Some of these beings fare not so well and crumble or fizzle out in clouds of fine dust. Others cannibalise their own kind without mercy, only to be consumed by close kin immediately afterwards. A tapestry of noises ranging from a racket of mechanical crickets to rumbling engines at rest, to jack-hammer judder, to the pitter-patter of sounds that might be coming from behind walls or deep underfoot, makes its way across the wasted landscape. It all has the feeling of depressive mechanical oppression, as if all these beings are mourning the loss of the humans who created them or their machine predecessors.

While the recording can be very noisy, especially early in the second track where screechy metal anger explodes, much of it seethes quietly as well, as though a hunch or an idea, once planted in a mechanical super-mind, expands until it fills every space of that cosmos and must explode if it tries to expand beyond. Then the recording lapses into quiet again until a new idea comes into being and starts growing incessantly as well. Imagine that entire worlds are birthed in this way and then cast out into new dimensions by their Creator.

The album isn’t quite so chaotic as its title suggests – for the most part it’s in a steady state as noise electronics recordings go – but its puttering soundscapes nonetheless hold their own sinister mysteries and secrets.