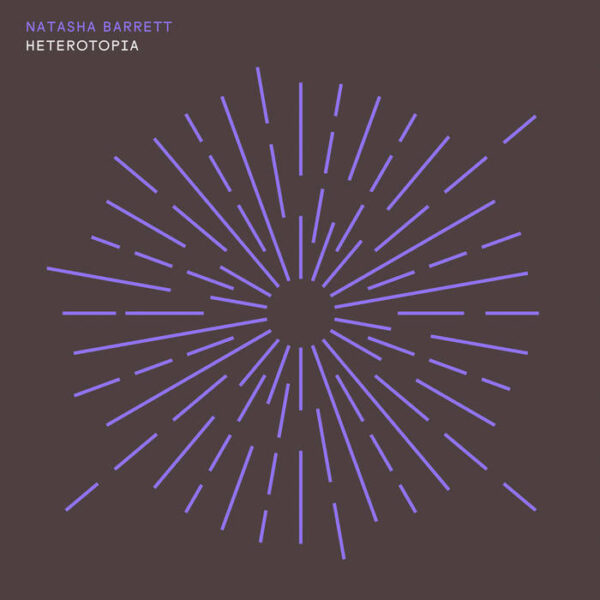 Another very welcome LP from the UK label Persistence Of Sound, run by Iain Chambers of Langham Research Centre. The label concentrates on contemporary electro-acoustic composition and/or field recordings, quite often publishing work that operates in both genres (as many composers do). Indeed, the main work on Heterotopia (PS006) by English composer Natasha Barrett could be regarded as an extended meditation on field recordings; it’s pretty much a long walk in the Norwegian countryside, enhanced and enriched by her microphones, her processes, and her ideas.

Across 23:47 minutes, ‘Speaking Spaces No. 1: Heterotopia’ takes us from the forest to the beach, which isn’t to say it’s a basic documentary of of sounds she found on her trek. She transforms the environment around her as the record progresses; birdsong has never sounded so dramatic or strange, the twigs breaking underfoot are packed with incident and meaning, buzzing insects suddenly start to recite a form of poetry, even the sound of a brook seems to contain a latent menace that wasn’t apparent before. The very trees themselves seem to be stirring into life like so many ancient giants, their bark changing into a form of alien flesh. It’s not enough to say that Barrett has found music in nature, or that she’s changing recorded sound into musical form; the underpinning idea here is a determined effort made by her to see things more clearly, to go further, to express the truth of nature with more clarity. ‘Speaking Spaces’ is an entire series of works where she attempts to do just this; she wants to “explore alternative conceptions of common space”. It’s based, not on some dry intellectual proposition or philosophical idea, but on her own experiences; for a good part of her life she has been aware of hearing “spaces speaking”, by which she means not the individual noises of animals or objects, but the entire environment itself. Surely it takes a special kind of creative mind, a truly artistic soul, to be so attuned to nature and to life, to possess such a profound perception of it. I was lucky enough to hear this work (23 July 2022) at the Iklectik venue in London, introduced by the artist herself and played back over a multi-speaker system; to use words like “vivid” and “presence” doesn’t even begin to do it justice, but Barrett’s unique vision still projects through on the sides of this vinyl LP. By the time we reach the Norwegian seaside, you too will feel the transformation and wonder how we got there. Afterwards, go forth and “hear” the world anew.

Also here is a 2019 work ‘Urban Melt in Park Palais Meran’. This one takes the idea of “transformation” to an even more extreme place; a recording of a game of ping-pong taking place outdoors in Graz is changed into an uncanny event, which – to use her own expression – is totally “surreal”. It’s not simply the suddenness of the change – after just two minutes of normality the whole thing goes completely bonkers – but the profound nature of the change, which is something to do with “spatial decomposition”. I have no idea what this means, but it sounds wonderful – as if one could dramatically alter the fabric of time and space itself, by manipulating a recording. The simple event of a plastic ball bouncing on a table is magnified, examined, pulled to pieces, and restated as an episode of tremendous meaning; the balls appear to be the size of enormous boulders, or small planets. Yet this is not merely a case of “gigantism”; the space that Barrett proposes is entirely coherent, following her own intuitive logic, and also wholly recognisable; the fragments of spoken word that make it into the piece remind us of the human source, and thus ‘Urban Melt’ still retains a familiar human dimension, despite the extremes it reaches with its imaginative scope. An astonishing work which truly builds on, and even perhaps improves on, the accomplishments of Bayle and Parmegiani.

Having now alluded to the past history of this genre – I’m never quite sure when musique concrète leaves off and electroacoustic begins, or even if it’s accurate to see it as a progression – I’d like to try and say something about the originality of Barrett’s voice in the field. Put simply, you can’t hear a single cliché on this entire record, by which I mean she never settles for making a familiar sound or entertaining a commonplace idea. I seem to recall she said something at the July event that was relevant to this; a story about making a composition based on the sounds of water, which she regarded as one of the worst “gaffes” a composer could make in the genre. She knew it had become a well-worn trope, and yet she still took on the task, almost forcing herself to do something new with the idea. That water recording is not here on the album, but you get the drift; Natasha Barrett is a sharp, tough-minded creator, with a strong vision all of her own. She is determined to live up to it, to face the difficult task of realising that vision in sound. Of how many contemporary artists can that be said?