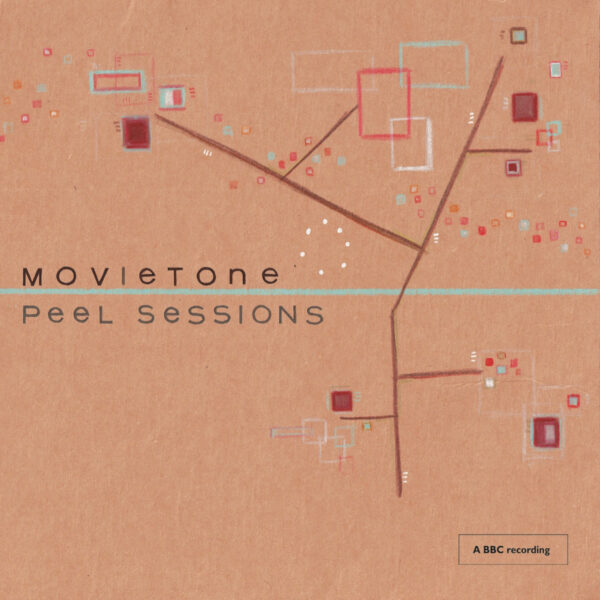 Fans of Movietone will have already snapped up Peel Sessions (TEXTILE RECORDS TCD 30), a collection of all the music the band recorded at the BBC’s Maida Vale Studios between 1994 and 1997 for broadcast on the John Peel show on Radio One. (I feel I have to mention this as there’s no guarantee that the history of Peel or his work are remembered by all readers.)

This English band were associated with a close-knit “thing” in Bristol at the time, one that included the bands Flying Saucer Attack, Third Eye Foundation, and Crescent, and there was shared membership between all four bands. I personally never heard any of these groups at the time, apart from seeing Movietone supporting Sonic Youth on one occasion; records by Flying Saucer Attack may have drifted by on the radio, but they struck me as far too wispy and ethereal. In the colder light of 2022, I’m fascinated to learn Movietone are now regarded as “post-rock” by some commentators. Now that I’m able to take a closer look, I see they also had quite a healthy gender balance in the band, with a woman leader / songwriter – the estimable Kate Wright – and a near-equal distribution of men and women in the band. Did I mention these Peel sessions have never been heard since they were first broadcast? I guess the bootlegging brigade must have missed a trick, or the licensing conundrum (which I think can be tricky if the BBC are involved) finally resolved itself. Fans will also be delighted to hear Matt Elliott playing keyboards on the final 1996 session, despite having quit the band three years before.

As to the music on these 11 songs and tunes, I finding myself pleasantly beguiled if not exactly overwhelmed; with their mid-paced tempo, hazy ambience produced by understated playing, and somewhat introspective lyrics, one finally begins to understand what “shoegaze” means and why it’s often applied to Movietone. When the group do manage to coalesce, what I enjoy is when they play on either side of the root chords of the song, by which I mean they hit mixed notes and create a diffusing effect, melting the edges of both the chord structure and the song itself, which is a good way of enlivening what might otherwise be straightforward acoustic singer-songwriter fare. Acoustic instruments such as clarinet, piano, violin and xylophone also help to advance the vague plan, and while the finished result might not be as stark and angular as Nico’s Marble Index, the spirit isn’t too far away. On the evidence of this CD, Movietone don’t appear to have been especially interested in pushing at the basic rock-song form too aggressively, nor do they devise terribly inventive textures, yet there’s a core of determination here in even the wispiest songs which one can’t ignore. I’ll mention ‘Chocolate Grinder’ as one instance where the stars seem to have aligned for them, and I’ll assume it’s a strong instance of what they were aiming at; each instrument’s voice isolated in a strange swirling mix; an abiding air of unreality and uncertainty; and once again the standard 12-bar rock format is elegantly and subtly deconstructed, if not exactly reinvented. Some odd electronic sounds surface on this cut, too; unsure who to credit for these Theremin-like bursts and tentative LP-scratches, but they’re charming. Far less intrusive and self-conscious than what Portishead were doing.

In all, a good collection from this uniquely English band, presenting indefinable emotions and moods, delivered in a wonderfully stilted way. From 19th January 2022.