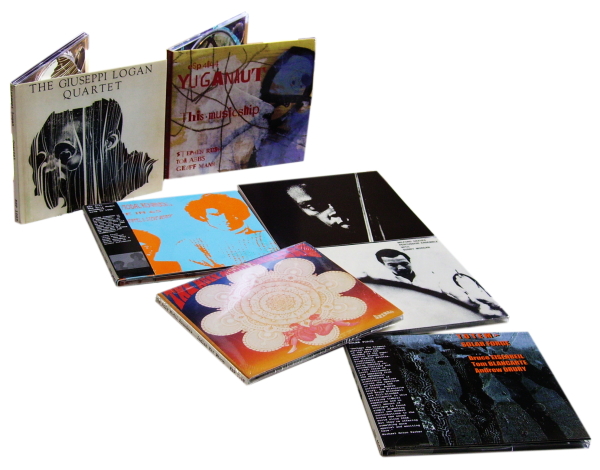 This is to let you know the ESP-Disk’ reissue programme, and new issue programme, continues with unabated force. In this last batch I’ve gotten three examples of ‘classic’ mid-1960s underground jazz reissues from the catalogue, namely Henry Grimes Trio with The Call (ESP 1026), The Giuseppi Logan Quartet (ESP 1007) and the Milford Graves Percussion Ensemble with Sunny Morgan (ESP 1015). In the case of the excellent Henry Grimes record, it’s noteworthy how original executive producer Bernard Stollman has provided a new sleeve note and sympathetically highlighted the contributions of clarinettist Perry Robinson, a little-known player whose work remains eerie and strange. Stollman has a startling story to tell about the Giuseppi Logan session, too! I also like the digipack packaging of these reissues, which in many cases is very close to the original vinyl sleeves; only the modern computer typography on the back covers disappoints.

The Holy Modal Rounders – always great to have another copy of Indian War Whoop (ESP 1068) in the house. All the stories you’ve heard about this incredible record are hard to believe, but then you could say the same about the record itself. Originally recorded in 1967 by Peter Stampfel and Steve Weber (incredibly joined by the young Sam Shepard on drums), it exudes a freakish atmosphere and drug-fuelled exuberance in a way that many so-called “psychedelic” records do not. Equally amazing, and a delight to this listener, is the discovery of some 1965 live tapes of The Holy Modal Rounders playing in Detroit. I think Stampfel himself (according to a recent interview in Bixobal magazine) has rather mixed feelings about the release of Live in 1965 (ESP 4045), but I’m massively looking forward to hearing live versions of concert faves like ‘Flop Eared Mule’ and ‘Fishin’ Blues’.

Besides exhuming their esteemed back catalogue, ESP now have a wing devoted to releasing contemporary art-music. Two examples here, not yet played by me: Totem> with Solar Forge (ESP 4046), and Yuganaut with This Musicship (ESP 4044). Totem> are a trio playing guitar, bass and drums, and this record was made in Brooklyn last year; all I know is they look like formidably tough guys clad in their denim and street duds as they pose ‘neath a girder of what I take to be the Brooklyn bridge. Yuganaut are another trio, again recorded in Brooklyn, who have a slightly less aggressive demeanour; at least two of them wear glasses, in any case. With track titles like ‘Time Cycle’, ‘Channeling’ and ‘Whacked in the Head’, I’m expecting some sort of urban update on the mystical themes of Astral Weeks.