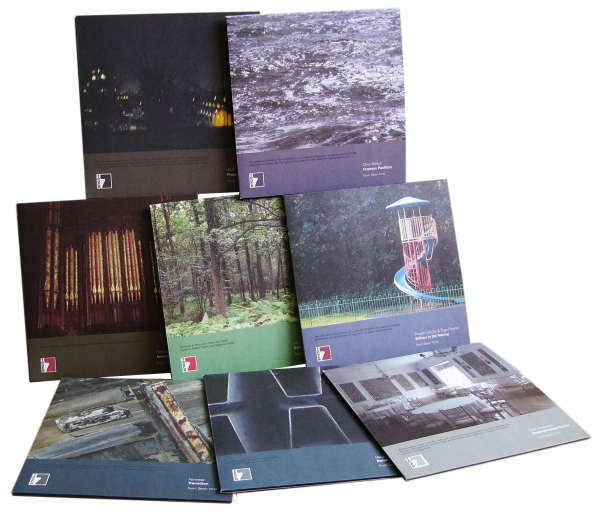 Touch has been curating a series of excellent seven-inch singles, with the promise of more goodies to come. There is an underlying mission statement which has something to do with reclaiming a format which, some would say, is almost an endangered species, the vinyl equivalent of one of the doomed seabirds whose ailing cries Chris Watson takes such pains to capture on tape. To assure the consumer that all is well, these Touch Sevens are proudly packed in sturdy card wallets with spines, effectively miniature LP sleeves, with full colour printing both sides to display the full majesty of Jon Wozencroft’s taciturn and mysterious photographs which radiate in subdued hues of blue, gray and green. Within, high-quality black vinyl records slip out of white paper sleeves, and offer nothing but intelligent sound art, music and field recordings to reward the ears of the purchaser who elects to spin these esoteric grooves on their antiquated turntable equipment. As usual, my only minor complaint is the lack of printed information concerning playing speed – 33 or 45? I suspect after today’s audition that generally it’s the slower of the two speeds that should prevail across the collection, in which case the wrong decision was made on the radio show last night.

If you prefer Christian Fennesz in guitar mode to his laptop mode, you’ll be delighted with Transition (TS 04). These tunes of his contain more guitar recordings per square inch than there are termites in a mound, and they were assembled from different places over a two year period. Even Hendrix never managed that sort of diligence. The layered recordings here produce great textural effects, though not much sense of forward movement. The one by Oren Ambarchi, Destinationless Desire (TS 05) is somewhat more rewarding, but it’s richer because it’s not just guitar – percussion, keyboards and samples have also been folded into the syrupy mix. On the A side at least, Oren manages to arrive at a species of Terry Riley-styled trance music through short repeated phrases. Gorgeous.

The great Chris Watson has applied his hydrophones to the oceanic territories for Oceanus Pacificus (TS 02), providing two short vivid sound-photographs of aspects of the globe which immediately transport you away from the banality of your suburban life. As usual, Watson is informed by cogent geographical information, which allows him to inform us this recording features ‘voices and rhythms of the Humboldt current’. If Sam Phillips had signed up the Humboldt current instead of Elvis Presley, we’d all be a lot better off. Mika Vainio got my hopes up with the title of Behind the Radiators (TS 06), as I was wishing for a location-specific recording of a malfunctioning central heating system. However, it turns out to be a splendid episode of barren and dessicated minimalism, produced by electronic means.

Amoroso (TS 01), first in the series, is also one of the most intriguing releases on offer here. A split record whereon Fennesz and Philip Jeck both pay some form of musical tribute to Charles Matthews, an organist who was a key contributor to the Spire projects (also released on this label; they were highly ambiguous concept albums which seemed to be simultaneously celebrating the glories of the history of church music with one hand, while attacking the restrictions of established religion with the other). The record offers no clues as to how this music is made, and I would prefer to keep it opaque. Jeck’s side is a tiny masterpiece to me, but that’s because I love everything that issues from the hands of this talented and modest turntable genius. His muffled and beautiful dreams, transferred directly onto vinyl, continue into the runout and settle into a locked groove.

Plus there’s People Like Us with Ergo Phizmiz. I am delighted to see that this partnership of theirs appears to be an ongoing and fruitful concern. Withers in the Waking (TS 08) combines light-classical music from a very specific source, yoked together with what appears to be an impossibly complex children’s song with an abundance of very strange lyrics. ‘Woozy dream circus’ is how the sleeve note accurately describes these moments of pure joy. Plus there’s the delicate musical spider-tracery on Despite the Water Supply (TS 07) by delicate musical spider Jim O’Rourke and Project (TS 03) by AER. Undoubtedly you’ll need to collect the full set of these.