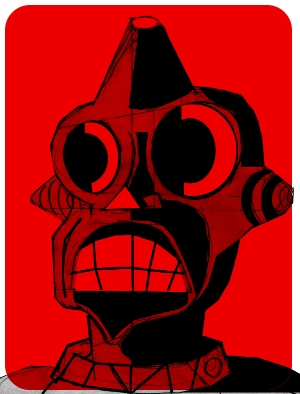 Issue 18 was published just over two weeks ago. Already we have a few snippets of news to pass on.

C Joynes reports that his interview “looks and reads great”, but also noticed that a few paragraphs had somehow dropped out from the printed page. For the sake of completeness, I’ve added them to an Errata page for this issue; purchasers of the new issue should be able to slot in these missing sections with ease. Readers, please note this doesn’t mean it’s open season on spotting errors in the magazine!

Z’EV received his copies on Saturday and noted that although his name has of course appeared on numerous magazine covers, this is apparently the first time his photograph has appeared on the front cover of a magazine.

Gill Arno of Unframed Recordings emailed us with some very positive remarks: “I am completely floored. Those are the most in-deep, understanding and rewarding words that the unframed releases have received.”

A video response from Joe Frawley: