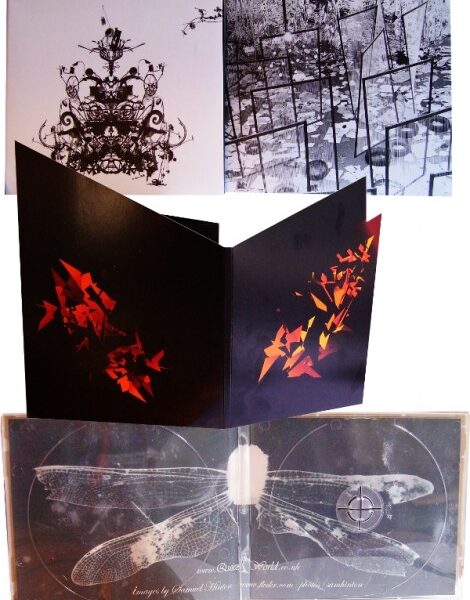 Among all the prevailing efforts to reissue just about anything that moved from the international post-punk home-made cassette and DIY era, it’s a pleasure to find this astonishing curio from Mika Taanila who, in 1980-1981, did his bit for the Finnish underground, recording cassettes under the guise of Musiikkivyöry (literally, ‘music avalanche’). A disaffected and introverted young man, Mika was just 15 when he recorded these raw and primitive pieces of electronic concrete negativity, working alone in his bedroom and turning his back on his parents and the confirmation-school camp where he was born. He issued the results in tiny quantities on the label Valtavat Ihmesilmälasit Records, an enterprise co-managed by the very notable Anton Nikkilä, and it’s perhaps unsurprising that like many others in the Finnish scene, he drew inspiration from such bands as This Heat, Cabaret Voltaire and The Normal. Compiled here with all tape hiss intact, and a full-colour insert with detailed photographs of the original tapes, Tilemm Sokeiksi (EKTRO RECORDS EKTRO-059) is a great package which also exists as a newly-minted limited edition cassette, and is testament to Jussi Lehtisalo’s attention to detail in such matters. Mika’s music was of course featured on the excellent compilation Pilottilasit, which I also recommend. Another piece in the huge jigsaw of this hitherto-neglected area of music, this record is full of sinister pulsing, unpleasant growling, vari-speeded voices, relentless tape loops, scrapey metallic bursts, and all the unhealthy obsessiveness we should expect from an intelligent, alienated adolescent genius. (Mika Taanila has since gone on to become an international film-maker of some note.) Great release, highly recommended in every possible way.

Three of France’s finest contemporary improvising players slug it out in assorted jazz festival arenas on Dos D’Ânes (RONDA RND12), a curious title referring to the remarkable load-bearing qualities of the humble donkey who often performs well in the improv circuit, carrying amplifiers and instruments. Jérôme Noetinger, eRikm and Michel Doneda produce many pleasing examples of improvised sax music rubbing up against live electronics and CD-skipping work in a highly salty manner. To my mind, eRikm hasn’t made a single sub-standard record in recent years and his many team-ups are reaping dividends, lug-pleasure wise. Noetinger (label boss of Metamkine) is likewise steaming like an industrial street sweeper with his ‘dispositif electroacoustique’ work, parping out illogical swawks like some exotic jungle parrot. Meanwhile Doneda’s sax is sweetening up the mix in ways we haven’t heard since the glory days of Lol Coxhill. Three long and tangly pieces of chattering, serpentine noise recorded in 2007, with the great Jean-Marc Foussat (among others) sitting behind the recording desk.

The Prisma Records label has been created to document music performed at the Henie Onstad Art Centre in Norway and showcases Norwegian sound-artists and musicians on its two new releases. On Music For Tinguely (PRISMA 706), Ingar Zach plays unobtrusive percussive effects alongside a motorised drone, and Andreas Meland uses his computer to reprocess environmental sounds recorded at a Jean Tinguely exhibition. On Nova (PRISMA 705), we have a short 25-minute 1972 piece of electronic composition from the contemporary composer Kåre Kolberg, originally used as part of a multi-media piece in collaboration with visual artist Anders Kjaer. Archival photos from this event adorn the sleeve. A nice brace of examples of art-gallery music, with cover designs by Lasse Marhaug.

Dmytro Federenko from the Ukraine kindly sent us a copy of Sturqen‘s Piranha (KIVITNU 8), a sterling example of avant-techno blackitude rendered with evil pulsing beats and sullen, surly bassundo throbs. An elaborate die-cut card sleeve unfolds to provide many jagged edges, which could be the teeth of those piranha fish all set to tear our soft, supple flesh to ribbons. The label is home to other examples of underground Ukraine electronica, including the very good Kotra, some of whose stark and challenging releases have arrived here in past times.

From Swansea, a quite nice pastoral record which combines the electronic ambient drone music of Ian Holloway with the countryside field recordings of Banks Bailey. Holloway (who has done film soundtracks) began A Brief Sojourn (QUIET WORLD 12) working with his own field recordings, but decided that those of Bailey were far superior; the results take us on a continuous journey across land, water and air and produce many pleasing effects along the way. Cover images of a feather and dragonfly wings suggest the fragile and delicate themes these creators are attempting to evoke.