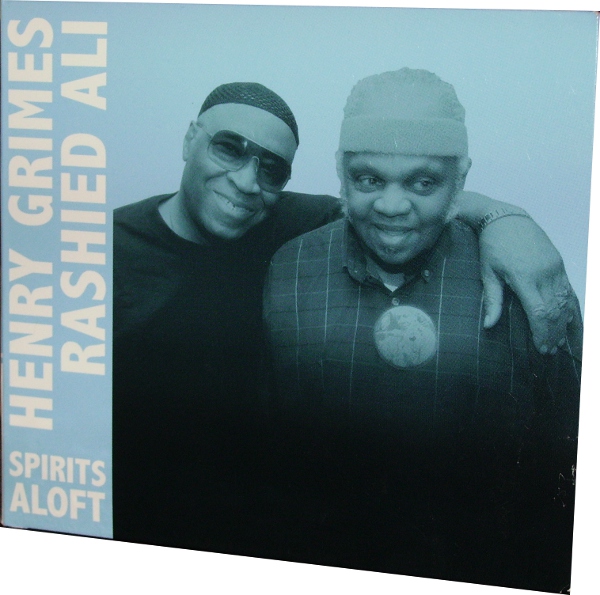 JD Parran, Window Spirits (MUTABLE 17539-2). Solo CD (bass sax, clarinet, and flutes) from this estimable veteran improviser and player of New York. The woodwind instrument Parran can’t play hasn’t yet been manufactured in this world or the next, and he inhabits the very space around him with every magisterial puff. Two compositions by James Jabbo Ware and Anthony Davis; the remainder are Parran’s own, including one dedicated to Cecil Taylor’s 80th birthday. Inside, Parran muses in print that “on this plane called life, we can experience existence on level ground with the ancestors”, revealing a spiritual side which may account for the introspective nature of these recordings, made live 27 March 2009 at the Kampo Cultural Center in New York.

In contrast, The Lou Grassi Po Band really blast forth on Live At The Knitting Factory Volume 1 (PORTER RECORDS PRCD-4051), where this skittery Ayler-esque combo are joined by the great Marshall Allen on alto sax and flute. No doubt as a tribute to this Arkestra veteran, the first long workout is titled ‘Marshalling Our Spirits’. Grassi is on drums, Paul Smoker on trumpet, Steve Swell on trombone, Perry Robinson on clarinet and Wilber Morris on bass. ‘RePoZest’ is in a more mournful vein, but the rest of the album including ‘LouRa’ really socks it home, warm and colourful free-form phrases simply tumbling out in deliciously ramshackle fashion as only American free jazz can. I get the impression the band are very much led by the drummer for the most part, and the workouts rise and fall to the rhythms of his energised and bearded torso. Live recordings from 26 September 2000.

Jerome Cooper, A Magical Approach (MUTABLE 17538-2). Terrific percussion CD from this member of the Revolutionary Ensemble, and he dedicates ‘My Birds’ to the other members Sirone (Norris Jones) and Leroy Jenkins, who I learn from this sadly died in 2009 and 2007 respectively. This makes Cooper the surviving member, I guess, of an important piece of ‘the jazz loft scene’ history of the 1970s, besides all his other accomplishments. He plays drums, balaphone, chiramia and a Yamaha PSR 1500, mostly recorded at an AACM concert 7 September 2007, although the opener ‘Root Assumptions’ is a vintage piece from 1978. Fred Brown did the cover painting, and inside you’ll find a photo of Cooper’s old high school band, where even the way he tilts his snare to the camera is a gesture of righteous attitude.

Henry Grimes / Rashied Ali, Spirits Aloft (PORTER RECORDS PRCD-4049). Are all the great jazz musicians passing away? This is one of Rashied Ali’s final performances, where he drums with Grimes who plays his Arco bass as though the whole world were ablaze. That instrument scrapes and squeals like a lovely musical hog in his loving hands. Come to that none of Ali’s inner fire has been diminished either, as a cursory listen to ‘Rapid Transit’ will confirm. Live recordings from the Gordon Theater in New Jersey from 7th February 2009, with five long drum and bass jazz blasts plus a couple of mystical poems recited by Henry Grimes. ‘Arcopanorama’ in particular really rattles your interior bone structure with its basso plucks and vibratos. “To play music with him was to rejoice in the exhilarating rhythms,” writes Grimes speaking in praise of Ali. “It was very inspiring to play with this brother.”