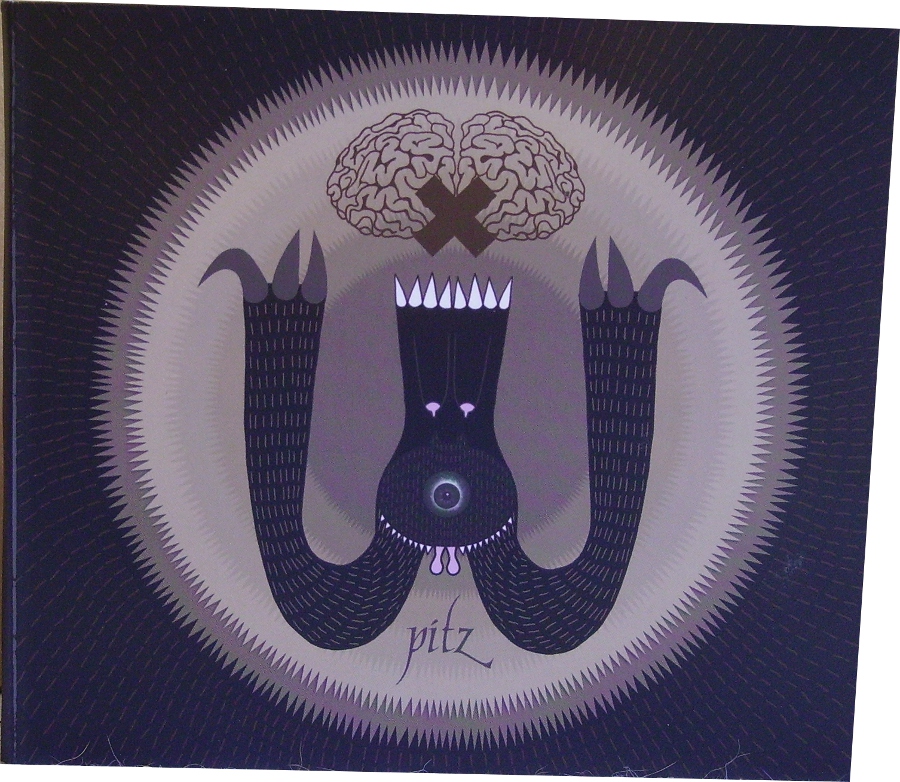 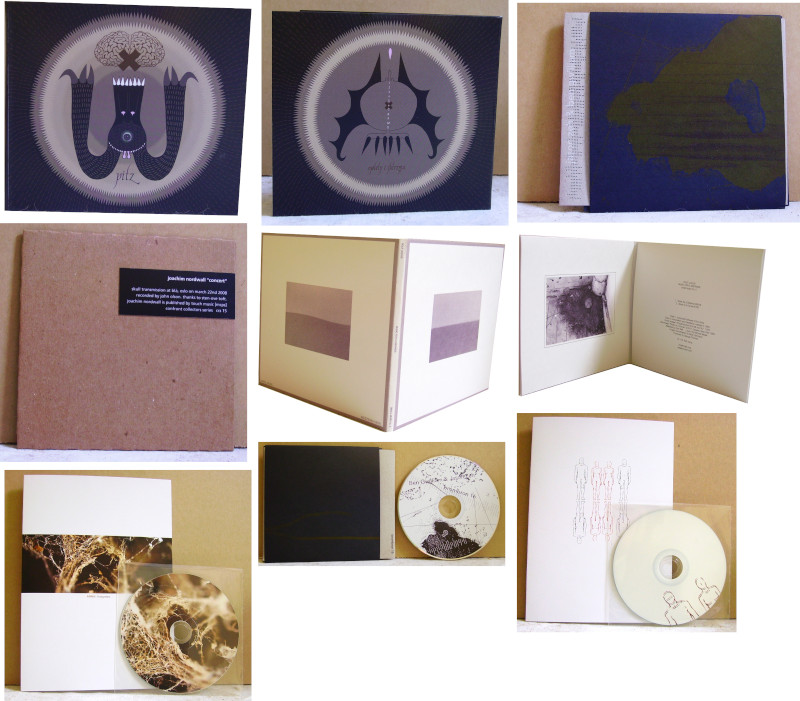 From Mind Twisting Records in Poland we received this far-out album of improvised gut-wrenching doomy-drone-jazz, which appealed to me instantly. Pitz are a seven-piece combo who use a combination of brass instruments, woodwinds, guitar and electronics on Motety I Jutrznia (NO NUMBER) to produce an exquisitely turgid dirge-like racket, where the intertwining layers writhe about in a muddy pit of mire like so many competing reptiles suffering from eczema. That said, there’s also a few slightly more conventional avant-jazz pieces on the album, with crisp snare drumming and hi-hats propelling the glorpy sax solos and menacing synth lines. When performing in this sombre jazz mode, the band take the echoplex effects of 1970s Miles Davis records and use them in a very dark way, to add threatening tones rather than a funky edge. Their inspirational starting point for this sepia-hued grinding melange of drone and jazz was an attempt to reinterpret medieval Church motets for modern times, to some extent following the structure of a Catholic mass for the ordering of the album. In doing this, they hope to “portray…the ecstasy available to believers and followers of the old religious cults”. Excellent cartoon-gothic cover drawings too. A real lurching and thumping twisto-religio meisterwerk! This release is not actually on the label, but available through their website.

Same label also sent Araignées (MIND TWISTING RECORDS mtr003) by ANNA, a quartet who use spoken word, guitar, electronics and droney accordion to make a slow-moving, mysterious statement (presumably) about spiders, always a popular topic among the disaffected. The voice of Natalie Vigiers exudes an odd combination of fear and vengefulness as she snaps out her texts, perhaps as she exorcises herself of a childhood memory of being wrapped in cobwebs. This French-Australian-Taiwanese combo is in fact formed of two extant bands, 12 Dog Cycle and Moonshot. Plus we have Kim_Nasung with his Mindful Awareness (MIND TWISTING RECORDS mtr005) record, an electroacoustic chiller built around his meditational and breathing exercises. Many thanks to Mateusz for sending these.

Another great record from Rolf Julius, the German sound-art and installation artist who amazed me last year with Music For The Ears, released on this same label and representing a document of one his earliest (1979) works. On Music For A Distance (WESTERN VINYL WV83 / SMALL MUSIC NO.2), the main event is the title track which is 40 minutes of a more recent composition realised between 2003 and 2009. His exact methods are never really revealed (good thing too), but I think it’s a combination of field recordings meeting up with very subtle interventions in real spaces, followed by equally imperceptible reworkings and processings of multiple tape layers – but I’m guessing wildly. The important thing is he creates an urgent, mesmerising and indelible sound that doesn’t overwhelm you like the brutal noise-artists want to, but instead beguiles and invites you to enter a new and exciting dimension. ‘Music In A Corner’ fills out the album, a 1983 work that was installed in a New York art gallery, and it also exhibits similar preoccupations with landscape and the environment, blurring the edges between imaginary horizon lines, but realised in very intelligent and oblique ways that make most dabblers in the field recording genre look rather under-nourished and evanescent. In short, Julius rocks! This should be available on 8th March 2011.

The UK label Confront sent a nice batch of items in January. One of them is Concert (CONFRONT COLLECTORS SERIES CCS 15) by Joachim Nordwall, the lovely Swedish noise and drone man who has done so many great things and runs the iDEAL recordings label too. This “skull transmission” (he is also a member of Skull Defekts) was performed in Oslo in 2008, picked up by the roving microphone of John Olson, and proudly declares its status as “intentionally lo-fi, keeping the spirit of analogue alive in the twenty-first century”. Indeed the recording surface does have an attractive grittiness which enhances your listening no end, but that ain’t to say it’s bootleg quality either…for less than 19 minutes, Nordwall dwells in an icy crystal cage and invites us to regard its multi-faceted light effects as he spins slowly in eccentric circles. He takes the aesthetic of attenuation to new heights, paring away the basic sound as surely as if he was starving a chained prisoner to death. Cadaverous, black and hollow music.

We have heard from the American tape-artist Jason Zeh before, and I seem to recall he was muchly preoccupied with taking cassettes to pieces and obsessively working what sound he could from the discombobulated components, exposing the mechanics of the process and resuscitating sound from near-dead materials. On Dots (BROMBRON 16), he’s doing similar process-based actions with a collaborator Ben Gwilliams, and for nearly 50 minutes they offer a collection of aural events produced from tape and “related machinery”, which may refer to capstans and other moving parts of tape decks, while the magnetic tape itself is bombarded with nine types of Merry Heck – punctured, heated, frozen and anything else that might tend to damage or degrade the sensitive surface. I’m probably making it sound a bit too violent, because what you actually hear on the disk is mostly very gentle – a muffled and unobtrusive series of non-musical bumps and judders, assembled with no apparent structure or order. That said, there are a couple of eventful noisy squeals in the middle, and the work peters out with a nondescript ambient drone for its final fifteen minutes. I am slow to see the appeal of this work, I must admit, but hard-core fans of minimal process art should find it satisfying on some level.