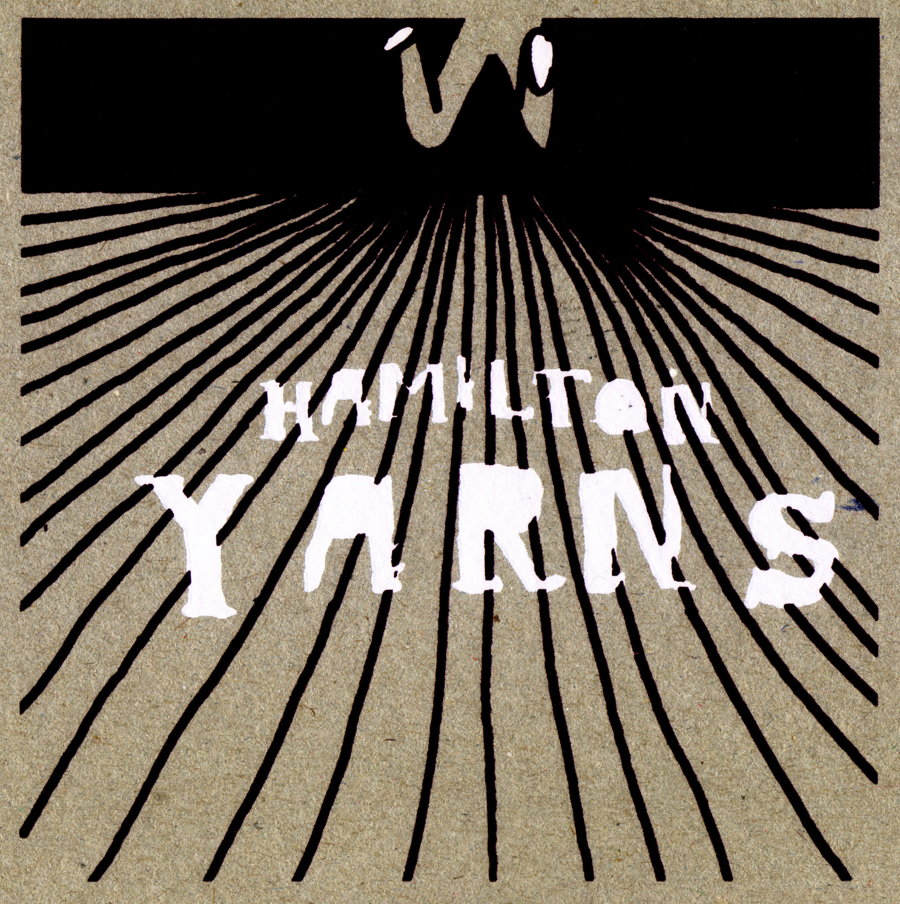 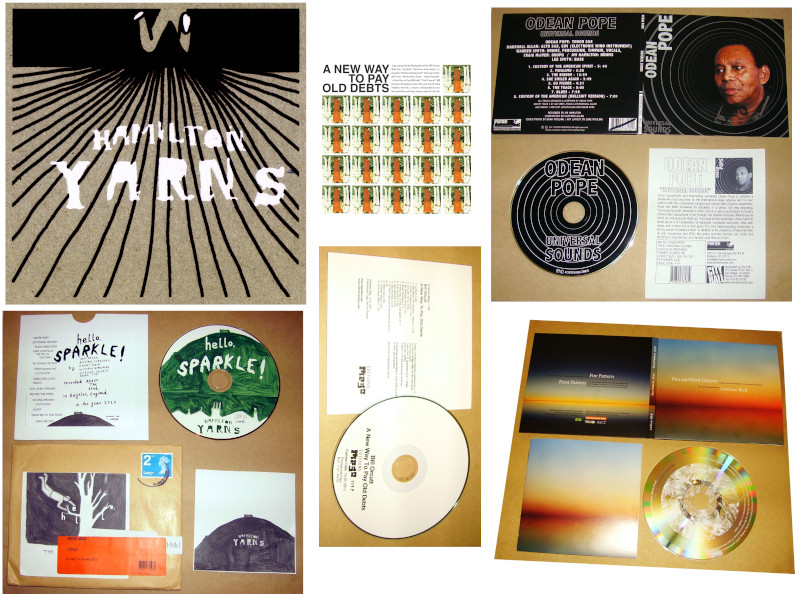 Outstanding free jazz and improvised composition on Universal Sounds (PORTER RECORDS PRCD-0453) from tenorman Odean Pope and a fabulous small group which somehow manages to include Marshall Allen from the Arkestra on his alto and electronic wind instrument. When you’ve got three drummers (Warren Smith, Craig McIver and Jim Hamilton) on board then you can’t go far wrong, and while Pope blows his notes to create a reliable stormy chaos-monster on cuts like ‘The Binder’ (13 minutes of steaming dragon malarkey), on a wet day like today my preference is for the spooked-out, smoked-up and serpentine works such as ‘She Smiled Again’, ‘Go Figure’ and ‘Custody of the American Spirit’, a highly notable composition, versions of which open and close the set. In fact on both the variants of ‘Custody’, the rattling percussion, sneaking bass footpads, and declaiming voice of Warren Smith add up to a sinister brew that almost casts a malevolent curse on the past. A very percussion-heavy album, where the “drum chorus” effect makes for interesting comparisons with Pope’s numerous Saxophone Choir records. Fine record, a good dose of stern yet lyrical Afro-American message music.

English gentlo-whimsters Hamilton Yarns could also be said to produce a species of jazz-inflected music, but it’s one that’s been thrice-filtered through all of Robert Wyatt’s 1970s Virgin albums. 18 songs of “romantic disillusionment” appear on Hello, Sparkle! (HARK! 013), where as on their previous record the conversational singing voices of the boys and girls are very much to the fore, their world-weary and defeated tone propped up by ingeniously minimal acoustic instrumentation. Pianos, acoustic guitars, recorders co-mingle with excellent selections of found field recordings, all of which paint watercolour images of tea on the lawn near an English churchyard, but a raincloud of gloom is always in the corner of the blue sky. With a little more spirit in their performances, Brighton-based Hamilton Yarn could be an interesting update on the Henry Cow / Slapp Happy collaboration Desperate Straights, but the abiding aesthetic here is mostly fey and wistful, the landscape littered with broken dreams and thwarted hopes. Limited CD (50 copies) with a screenprinted cover.

Andreas Bick offers the furthest extremes of heat and cold which the natural world can throw at him on Fire and Frost Pattern (GRUENREKORDER GRUEN 074), two suites composed from sound events created by geysers, volcanoes, colliding icebergs, ice buckling, snow falling on foil, and so forth. Both works are structured to begin with the loudest sonic element in his hard drive (the volcanic eruption wins hands down for the Fire piece), and then proceed to direct the listener through an astonishing journey, where we experience these wild and raw forms of nature from a comparatively safe and privileged vantage point. The listening experience still conveys some sense of danger even so, and also tells us how little we still understand or really know about the planet.

Bill Orcutt used to be the guitarist in Harry Pussy, whose feral and nihilistic approach to super-punk noise in the 1990s have made that band something of a diamond in the mouth of many an extreme music fan and tended to put their original records in a price band beyond the reach of all but the most ardent collector. In 2009 Orcutt suddenly returned to music and made a very limited single and an LP for his own Palilalia label, but don’t worry if you missed these sold-out items because they’re now both reissued in full on A New Way To Pay Old Debts (EDITIONS MEGO eMEGO 119), along with four previously unissued cuts. Orcutt plays an instrument described here as a “4 String Kay”, which emerges in sonic form as about the most vicious, mean-spirited and lethal acoustic blues guitar you’ve ever crossed the dirt road to avoid…there’s a cover version of a Lightning Hopkins song on here, but as a long-time collector of pre-war blues music, I can honestly report I’ve never heard a single blues record as rawly angry as this growling red-eyed lizard. The bass string, tuned to the lowest available E or variant thereof, is attacked mercilessly to provide crude rhythmical effects and a devilish monotony bordering on the psychopathic; the other strings are deployed to produce primitive jazzy bursts and freeform eruptions, all recorded in ways to make your ears hurt and make you feel like you’re walking barefoot across shards of broken glass. Occasionally, Orcutt will add his demented vocal whoops to the recording, at which point most sensible listeners will already have boarded a plane to Oakland. Totally great masterpiece of modern psyche-shredding blues noise! If you’re looking for the evil dark brother of John Fahey, he might just be alive and well in San Francisco.