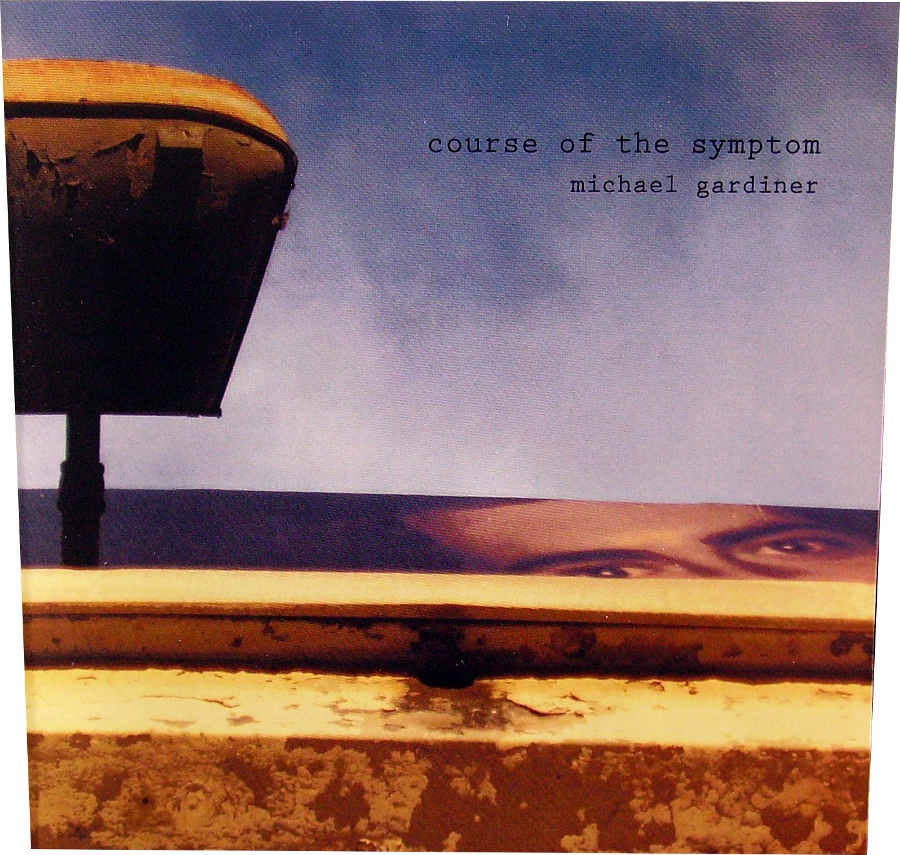 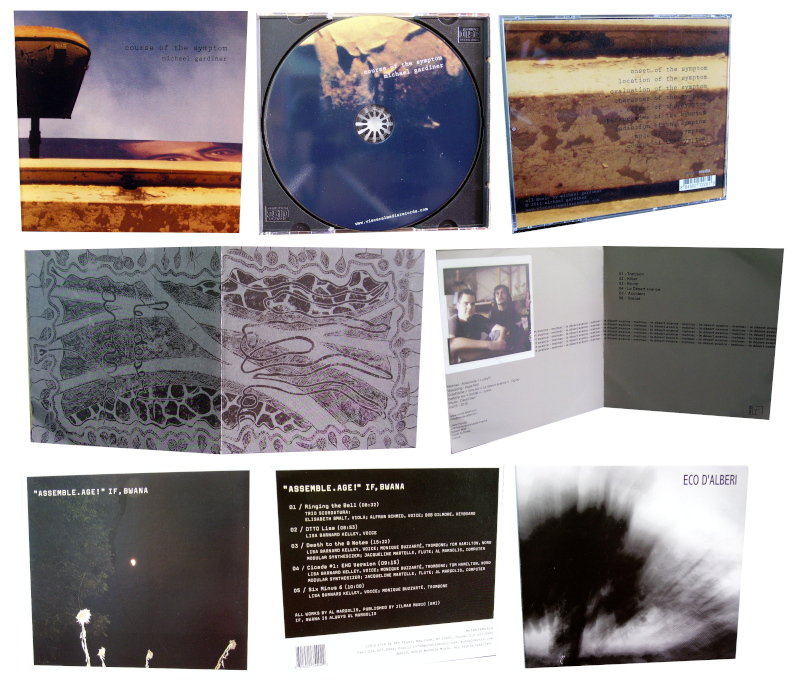 We last heard from American composer Michael Gardiner when he collaborated with John Latartara on the fascinating and uncategorisable Beethoven Hammerklavier project. Here he is with an equally unique solo record Source Of The Symptom (VISCERAL MEDIA VMR 005), which amazingly began life as a piano recording of sorts, yet at first blow appears to be situated about as far as possible from any classical music aspirations or impressions. Matter of fact, you’d be forgiven for mistaking it for a harsh noise wall record, considering the blistering and scathing electronic overtones that murderously seek out their prey in the opening tracks. Only by pressing on and delving into this maelstrom do we start to find the hidden key, the “discarded piano variations” that were the starting point of what I take to be a very extreme mode of electro-acoustic composition with wild treatments and processing. Gardiner says the work takes place “within a larger frame of a discarded will towards academic music altogether”, a worrying statement that almost suggests outright hostility to anything played on a well-tempered Klavier, composed in the 18th century, or released on the Deutsche-Grammophon label. Gardiner also describes, in extremely economical terms, a semi-mystical experience that befell him in Tokyo and which was another starting point for this composition. It’s a bracing and invigorating listen, assembled with a great deal of consideration, distilled into taut packets of musical information in a solid, no-nonsense manner. It’s also mastered quite loud, so use caution. The puzzling record cover doesn’t do much to reassure the mind, either – look carefully to find the face of a man seemingly caught between the Devil and the Deep Blue Sea in a surreal photo-montage landscape. Excellent!

French duo Melmac have been recording for about 12 years, and Le Désert Avance (RONDA RND 15) is their latest release after a four-year break. The Reverter brothers draw influence and inspiration from minimalist, Ambient music and electronic Krautrock, and there is much weight and forethought in their grimly advancing electronic tones. The record may start off as something recognisably in a “dark ambient” mode, but soon becomes something much less familiar, winding its way across cryptic, blank landscapes of indiscernible noise and subtle, layered bleakness. The intoning voices (performed by Ogrob from Sun Plexus) on the title track are especially chilling, like a sort of minimalist variant on the sound poetry of François Dufrene. All is draped with an aura of disquiet and anguish; recommended for fans of Étant Donnés and Asmus Tietchens.

“Assemble. Age!” (MUTABLE MUSIC 17540-2) is the title of the new release by If, Bwana. As a motto that phrase might just sum up his musical career since 1984. I have no idea what I mean by that, unless I’m thinking about Al Margolis’s skills as a composer who splices tape, and it’s that facet of his art which is showcased here, as he rejigs and refits pieces of live recordings of singers, classical musicians, and fellow experimenters, compressing them into weird time-lapse movies. On the second track he creates a multi-headed version of Lisa Barnard Kelley, creating thereby a female hydra which sings, mutters, wails, giggles, tells stories and holds an argument with itself all at the same time. On ‘Death to the 8 Notes’, he makes a grisly soup of slow and turgid music, using voices, trombone, flute, synth and computer processing; in slow motion, this protean monster changes into surprising and unexpected shapes. There’s no denying the skills of the players involved (including the great Tom Hamilton), but without Al’s brilliant layerings and juxtapositions I wonder if they could have arrived at a musical collaborative statement quite as utterly strange and alien as this creepy funereal crawl. Not a comfortable listen, but the times we live in call for invidious and subtle monstrosities like this that might help to bring us to our senses.

Eco D’Alberi are an Italian free jazz combo, evidence of the free improv and jazz activity that has apparently been burgeoning in that part of Europe since the mid-1990s. Here they are recorded live on their self-titled CD (PORTER RECORDS PRCD-4054) performing in New York, Pisa and Zurich at various festivals in recent years. Ken Waxman’s liner notes point out that these Italians took their name from a short story by Henry Dumas, the Afro-American poet, writer and political activist who was heavily influenced by free jazz and moved in Sun Ra’s personal orbit during the 1960s. Eco D’Aberi’s music may not be as radical as this name-checking might suggest, but Edoardo Marraffa is the first tenorman I’ve heard who audibly plays with an Italian accent; he may keep trying to find his way back into his Ornette and Coltrane records, yet his speedy phrases still come out slicked-up with olive oil. This I regard as evidence of his distinctive voice. Pianist Alberto Braida has been paying close attention to Cecil Taylor performances from the 1980s, but this Juilliard-flavoured dimension is another aspect that works in the group’s favour. When the quartet are not taking everything head-on like an impending car collision at high speed (such as on ‘Up Toward The Sun’), they are capable of following a curlicued path around an ornate cement garden with as many quasi-classical twists and turns as an Italian operetta.