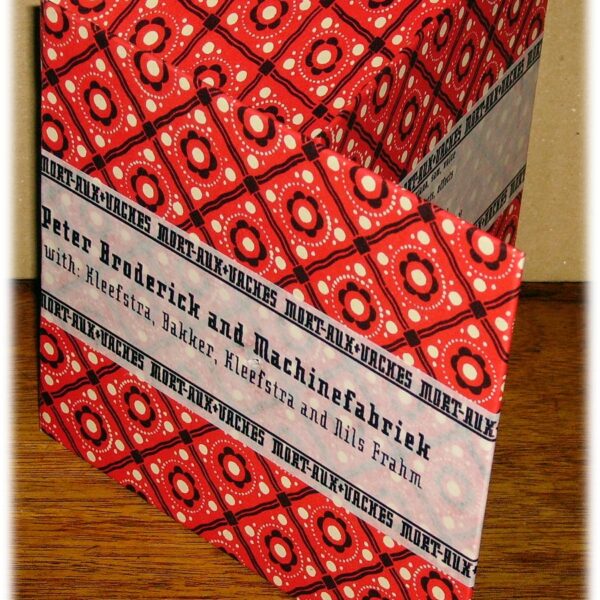 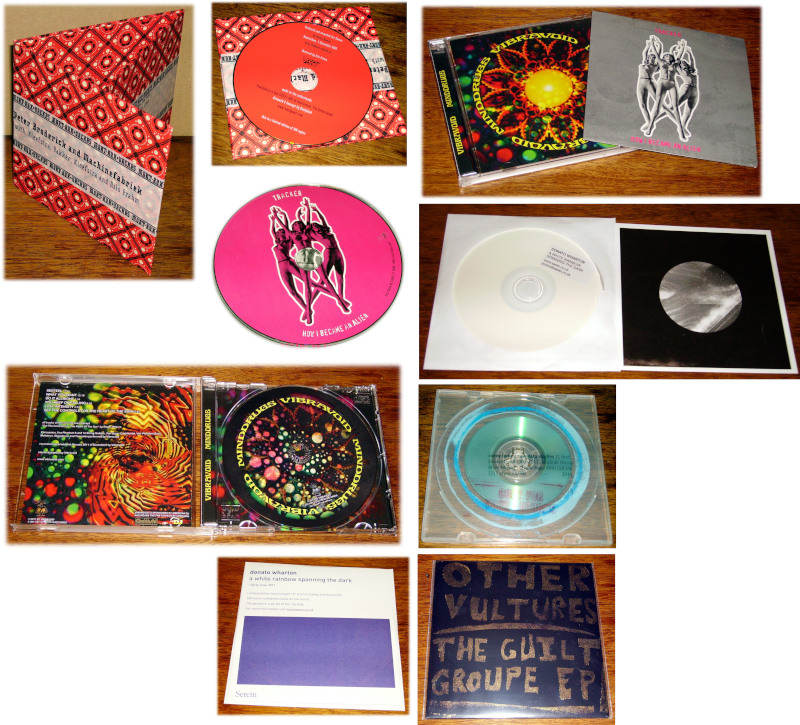 Dave Schmidt’s Sulatron Records label has moved out of Austria and gone back to Germany, and from that address two recent releases winged like hot oatcakes into my awaiting mouthpiece. Tracker are a trio from somewhere in the Tyrolean range, who made quite a stir with their 2009 EP and have now had a chance to rework tracks from it and release some new material on How I Became An Alien (SULATRON ST1004). At their best, they can deliver a punchy and very clean take on psychedelic and krautrock music, in places (such as on ‘Window Shopping’) resembling the early incarnation of Can that gave us ‘Mother Sky’. There’s just one too many foreign stylistic touches on the record for me, but there’s more than enough good stuff to feed the trippiest of pink dayglo bonces, with the band making spare use of electronics and effects, and working like a very efficient beat-combo machine the rest of the time. A song-based release, also on vinyl, with a poppy cover that’s like a lost frame from the Barbarella movie.

Also plenty of melodic song-based material from Vibravoid on their powerful Minddrugs (SULATRON ST1101) release, which in every possible way is a glorious carbon copy of Spacemen 3, from the band’s look (haircuts, shades, paisley shirts) to the Mandala-like cover art; even the typeface is the same as on the early Glass LPs. And like their spiritual mentor Pete Kember they pay more than a little homage to the same heroes – 13th Floor Elevators and Silver Apples on tracks 2-3 respectively, and favour a tasty collection of vintage instruments (Vox organs, Mellotron, Stylophone, 12-string guitars) to indulge their retro-chic leanings. To cap it all, there’s the 22-minute version of the Pink Floyd stone-out ‘Set The Controls for the Heart of the Sun’ which closes the disc in a miasma of 1967 swirliness and alien vibes. This Düsseldorf band are so completely steeped in their love of the genre and the period that they don’t just reference the source – they recreate it before your ears, and give you an enhanced version, making it much better than it probably was in reality. It’s a trip to a virtual Middle Earth!

About this time last year we received some examples of marginal and quiet improv via Richard Kamerman and his New York label Copy For Your Records. With these new items, looks like I was wrong to peg the label to one style of music. Other Vultures are a noisy duo who play bass guitar and drums and occasionally sqwawk mad vocalese into a microphone, producing a lively melee of ‘proudly-inept noisecore’ on The Guilt Groupe EP (CFYR004). Nothing inept about it lads, and you shouldn’t apologise to anyone when you can produce a floor-clearing blast like this – 32 minutes of loopy formless punk racket. Unlike a lot of other groups in this area, Butler and Sedgwick don’t rely on too much distortion to project an image of nasty urban alienation, and while these recordings have oodles of oomph and overamped noise, you can hear every cymbal clash as sharply as being stung by a gigantic nettle. I’d imagine this team, very strong on performative skills, must be a real dynamo 8-ball when let loose in a public arena.

Noise of a quite different nature emanates from Corey Larkin and his Raw Data Studies (CFYRF01), a mini-CD on which I assume he is enacting numerous grisly and painful experiments on source data inside a computer. While the process-based approach to computer music has been a real turn-off for me in the past, Larkin allows for much more randomness and occasional violence in his non-musical buzzes and white-noise plosives. It represents his “attempts to get at the bedrock of…compositional procedures”, and indeed a sense of exploration and discovery is evident in these scant 15 minutes, a scenario where the creator doesn’t have all the glib answers already prepared in a nearby text file. This release is the first in the “Fan CD-R” series.

A few nice moments from UK composer Donato Wharton on A White Rainbow Spanning The Dark (SEREIN SERE11.2), which exists as a 10-inch vinyl record, when he combines his acoustic guitar playing with subtle field recordings and treatments; he does have quite an edgy and rough distinctive style when it comes to heaving a bit of scrapery from the strings of his axe. However, I gather this isn’t quite the whole point of the work, since he’s using the guitar as just one noisy element in his otherwise fey and pastoral compositions, that are intended to invoke sensations of “the act of travelling”. Without the guitar, the other tracks are just identikit laptop mush and filtered ambient drones that fail to make much impression. To be released in June 2011.

On the new Mort Aux Vaches release, Peter Broderick and Machinefabriek combine their strengths in the areas of wistful acoustic drone music made with violins, guitars, a musical saw, and things. The quirky hand-knitted acoustic noise of Rutger Zuydervelt can be a bit hit or miss for this listener, but blended with the melancholic longing of the Swedish pianist Broderick with his rich but minimal piano chords, it finally makes sense and creates a winning combination. At least there’s a recognisable note to the root drone on these three slow and drawn-out breathcapades, which is more than you normally get on Machinefabriek’s vague and uncertain boat-trips on an endless canal. The third track is particularly affecting in a sad way, and for me creates the effect that it’s raining outside softly on a very wet day. This must be what a Popol Vuh composition would be like if you gutted it of the structural bones and internal rhythms. For track two, a sobbing isolato-drone that has the same effect as dipping your whole body in a bath of melted candle-wax, the duo are joined by the two Kleefstras and two other players, adding blanched-out guitar, piano and vocalising moments that are further dessicated through assorted laptop treatments. The elaborate three-panel pack looks like the wallpaper you’d find inside your rich uncle’s drawing room as he feeds you chocolates, but perhaps it’s more akin to the endpapers of a large and mysterious book, whose pages are full of obscure Nordic fairytales. The credits have been printed on a length of masking tape and attached to the package. As ever, limited to 500 copies.