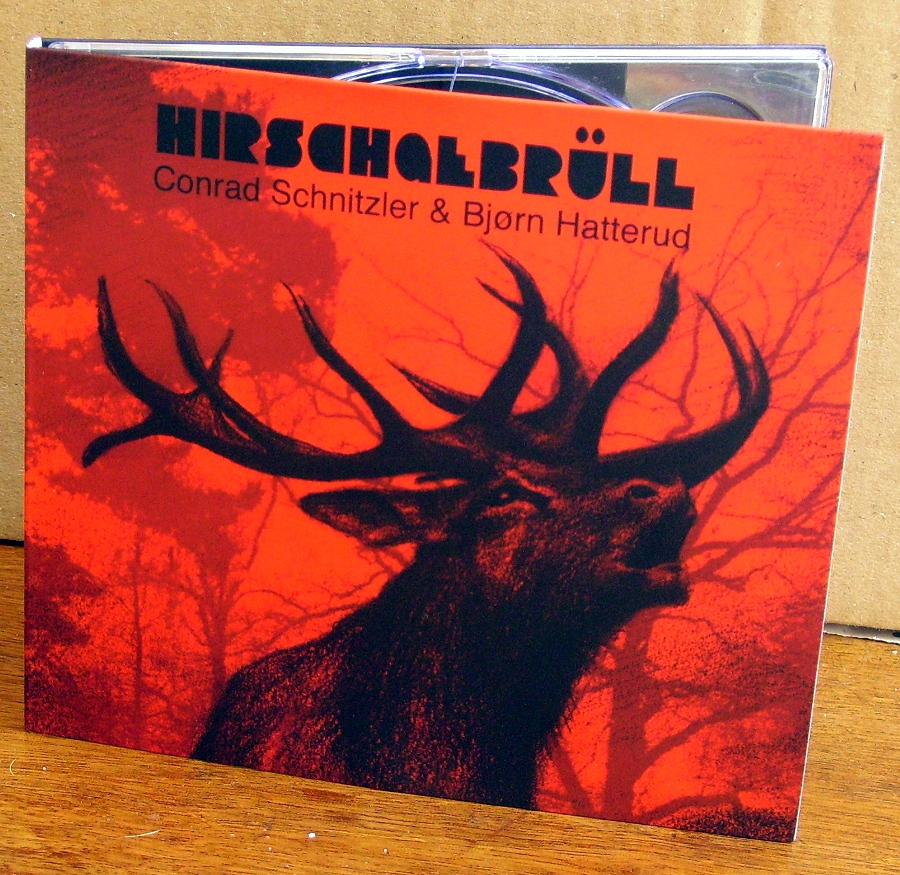 The Resipiscent label in San Francisco seems to specialise in two modes of music releases – outrageous shocking humour or utterly grim post-industrial electronics. I’m generalising of course, but if I was half-accurate in my assertion then Antimatter‘s Reset (RSPT 041) assuredly belongs in the second category. Over an hour of pulsating stern and frowny abstract music from Xopher Davidson, who put this steel-clad robot slave together in his garage studio, a hateful laboratory / torture unit of his own making which he fondly calls “the treatment center”. It seems all the equipment used to realise Reset was either obsolete of malfunctioning in some way, or wasn’t even designed to be used for sound generation in the first place. True to his pre-digital principles, Davidson harnessed all his rogue audio elements together using analogue computer devices. The track titles refer vaguely to impossible scientific research and fantastic discoveries that confound the laws of physics, promising to pass the listener through ‘Theoretical Film’ and a ‘Boundry Layer’ before ushering us unwillingly into the ‘Time Projection Chamber’. Arrived late March and released 1st April, limited to 500 copies in a nice restrained (some might say lugubrious) card sleeve.

The Colin L. Orchestra ensemble has been put together by Colin Langenus, whose previous project USAISAMONSTER recently ended its natural life as a duo of glorious free noise dimensions. Infinite Ease / Good God (NORTHERN-SPY RECORDS NSCD005) is an ambitious two-disc release and serves up a very generous helping of extremely good instrumental music and songs written by him, played by a small orchestra of musicians, contributing guitars, basses, drums, stringed instruments, woodwinds and keyboards equal to anything deployed by Phil Spector for his Wall Of Sound, with the players (and composer) exhibiting a variety of musical styles and approaches with great confidence and assurance. Some pieces are, I suppose, more or less identifiable as modern updates on 1970s country-rock in the mode of The Grateful Dead, The Byrds or Michael Nesmith, but that template alone isn’t enough to satisfy Langenus and he leads his teams of players freely down the paths of psychedelic rock-jamming, melodic guitar soloing, and other forms of musical craft which we once thought were an endangered species. The pedal steel guitar alone is enough to make a walrus start applauding. There’s also evidence of muscular indie-rock moves that remind me of Minutemen or fIREHOSE, and suggests how all of this great American Music is apiece, part of the same rich heritage. What’s also impressive is the apparent ease with which Langenus assembled all this work, inviting musicians to record in his Brooklyn studio and putting down some of the basic tracks with tremendous speed. What took a long time apparently was putting on the overdubs, some of them added through soundfiles in the mail, and fitting in the other demands of his musical career too. Much warmth, passion and love on this, a superb widescreen production; in 2011, this is probably as close as we’ll get to hearing a project akin to Nesmith’s Wichita Train Whistle Sings LP, recorded by a tiny army of Californian session players.

I’ll own that I’m always a sucker for any release whose sleeve art arrives with a space travel theme, but even so I’m struggling to find much on Molnija Aura‘s Utopian Suns (TOPHETH TP020) to get my retro-thrusters agitated. The duo of Andrea Marutti (who we last heard with Fausto Balbo on Detrimental Dialogue) and Davide Del Col recorded it with their synths and studio effects in Italy in 2007, and while their record has an enticing professional surface, the glacial pace, lack of development and overall sameness of the electronic sound is rather a drawback for me. I suppose it could be said to convey something about the airlessness and cold alienation of deep space, but we could say the same about a lot of other electronic music records. Unlike those of Sun Ra, these satellites aren’t spinning, but are simply adrift in the cosmos.

Got a few items from the Audiotong label in Krakow which arrived in March. D’Incise is the Swiss experimenter with a laptop and heaps of attitude; on Léthargie & Autres Animaux Rugueux (AUDIOTONG ATCD04), he’s doing many interesting things with field recordings stored inside the computer and unloosing them in such ways as to paint uncertain and doubtful portraits of the modern world. The sounds are now almost-musical, now documentary, and subtle digital treatments are applied to further the aims of this critical essayist. Layers upon layers create alluring non-patterns of superimposed events, revealing further uncertainties. Dragos Tara adds the double bass to one track, but mostly this is a sound-art report back from the frontiers of D’Incise’s inquiring mind rather than a piece of music.

Zerocentigrade is the improvising duo of Tonino Taiuti (acoustic guitar) and Vincenzo De Luce (trumpet). Unknown Distances (AUDIOTONG ATCD10) contains 15 examples of their very extreme, non-musical approach to handling their instruments; slowly and almost agonisingly, they pull out eerie sighs, groans, hisses and mechanical clonking thuds from brass, strings and the wooden sounding board of the acoustic guitar. We’re all familiar with European improvisers “reinventing” the behaviour of their instruments over the last 10-15 years to produce all manner of restrained and constipated effects, but what appeals to me (gradually) about Zerocentigrade is how unappealing their aesthetic is, as if they’re determined not only to sound different but also to sound vaguely ugly and coarse into the bargain. This complete lack of attention to conventional notions of pleasure and beauty indicates to me they’re on the right track. These two Italians come to music from quite unexpected backgrounds, Taiuti via cinema and drama, and De Luce via architectural design. Apparently their stage shows are a real riot, occupying some middle ground “between music, visual arts and theatre.” The website also claims there’s a subtext to the album which has something to do with Delta Blues, and although I can’t quite discern this additional interpretive layer myself, it’s a promising claim.

Who’s this with the big red elk on the cover? None other than the grand old German genius-curmudgeon Conrad Schnitzler, teaming up with the Norwegian writer and critic Bjørn Hatterud to produce Hirschgebrüll (FYSISK FORMAT FY036), which is coming out through four different labels, including two vinyl editions on Synesthetic Recordings. Like the call of said elk, this record is an amazing bellow of powerful and frightening electronic blastery, and the story of its creation is an interesting life-lesson about recycling and the power of human imagination. The music here is unfailingly simple and effective and so ingeniously obvious you wonder why no-one else thinks of these brilliant solutions to making electronic music, but the unusual shape of Conrad’s craggy brain has been tempered by years of creative thought and artistic endeavour. This particular project began as an email correspondence between Hatterud and Con, the former asking the latter to send him some unused music material that he could work with. Con took Hatterud literally – and sent him a jiffy bag containing the contents of his garbage pail, with two dinged-up CDRs lurking in among the putrid refuse. Soon the idea of “remixing garbage” took hold with the imaginative Norwegian, and from this mulch of fertiliser grew the sturdy electronic hedge we are now trimming today. This story reminds me of the insanely eccentric way that Joachim Irmler works these days, and I’m all for it. We need more important German Krautrock seventy-somethings, supremely confident in their madness, abroad in the world doing great things like this; I’m certain that if Schnitzler and Irmler put their minds to it they could clear up the world’s financial crisis in two weeks, but they’ve got more important things to do. So have you. Order a copy of this release instantly!