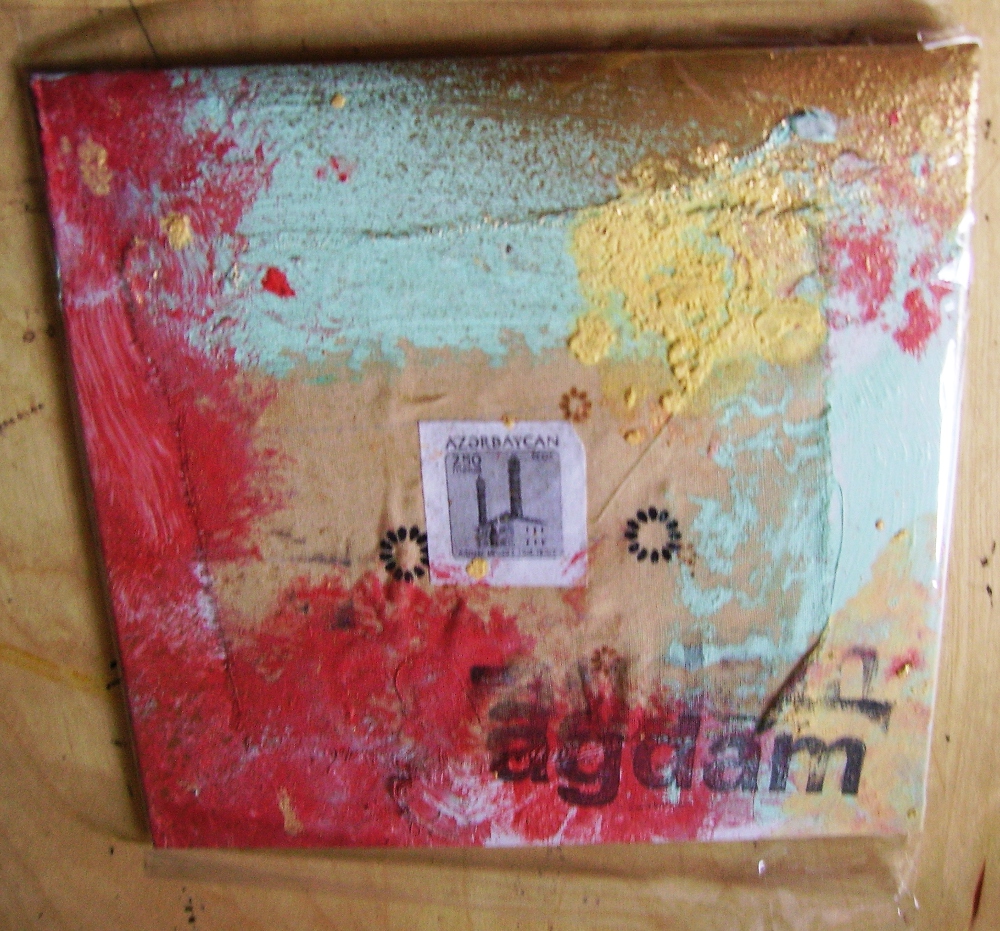 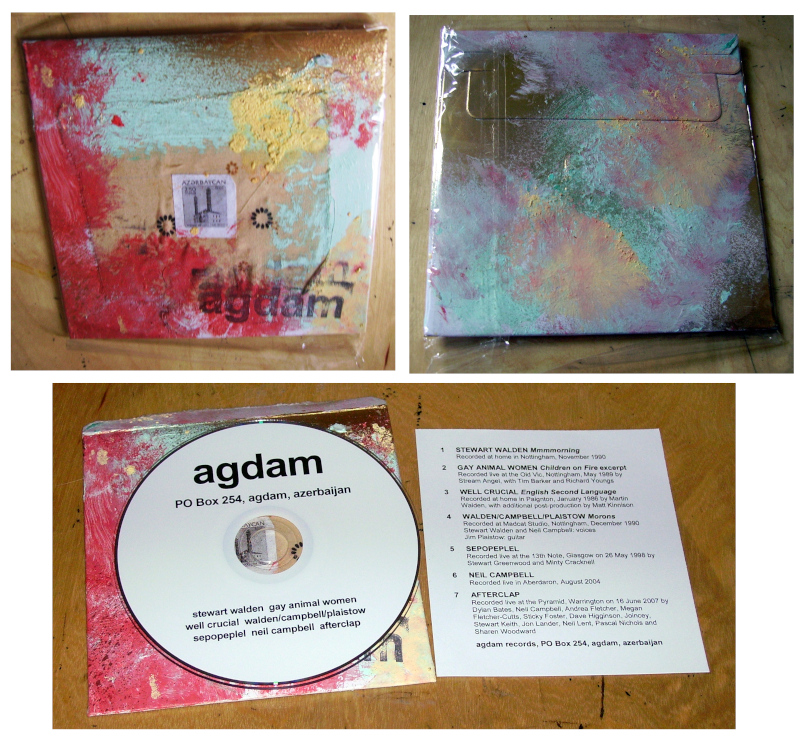 Two years ago when I had a stab at posting something on The A Band, my meagre writings were rewarded with a series of lively comments from many cheery souls who I took to be members of the band themselves. I think since then they must have taken pity on me, because last month I received this astonishing CD compilation on Agdam Records. It features seven tracks of “archive material” provided by various members of The A Band, including Stewart Walden, Neil Campbell, Stewart Greenwood, Minty Cracknell, and many more, from the dates 1987 to 2007, representing home recordings, live shows, side projects, and other snapshots from the maddest family album that was ever compiled by man. It includes some work by side project Sepopeplel, a fine piece of rumbly live noise combined with sweet accordion and clarinet music from 1998; and Well Crucial, a 1986 “conceptual precursor” to the A Band and offering a crazed piece of radio plunderphonics that demonstrates much about the collectively twisted sense of humour of this ultra-underground English combo. There’s a brief 2004 live set from Neil Campbell showing he is still the peerless master of psyched-out drone firestorm fiddling, and a ghastly acoustic lounge-music satire from 1990 called ‘Morons’. Actually that doesn’t even begin to describe what’s going on with this strangely-recorded episode of overlapping spoken-word freeform poetry and acoustic guitar mayhem.

These are all dazzling enough examples of home experiments, tape manpulation, live performance, noise and sheer daring madness. The major set pieces however are 23 minutes of divine alien-reggae music from Gay Animal Women, a 1989 track from this multi-media affair led by Stream Angel. Apparently this is just an excerpt from a much longer piece of live performance art involving numerous singers freaking out in bouts of ‘semi-verbal ecstasy’, while Stream Angel and Richard Youngs create avant-garde rock steady riddims fighting against reverb effects and tape loops. The hopefully-untutored musical geniuses who stood on the stage here would also become major players in the anarchic A Band; when you hear music as superbly bizarre as this, all the stories you hear about them could just turn out to be true. There’s also a 32-minute slab of more recent wild noise, recorded in 2007 at Warrington, including 13 of the japesters at work sawing, blowing, thrashing and wailing their lungs out in a dense melange of completely insane chaos. You’ll feel enlightened and liberated enough just hearing this slice of genius, so just imagine what it was like to have been there at the time. This workout represented a return to live work after a 15 year rest for the crazed apes, and the press notes proudly describe it as a “timely restating” of the noise they have been unleashing into the human menagerie since the early 1990s. Essential release for anyone interested in free improv, noise and truly imaginative experimentation from intelligent and gifted outsider geniuses, but mainly just for anyone who wants to experience freedom through music. My unending gratitude goes out to the wild-eyed genius of Agdam Records who sent me a copy of this; “Hope it intrigues”, and that’s all he wrote! 500 copies in a handmade card wallet; try emailing zeropoint_uk [at] yahoo [dot] com.