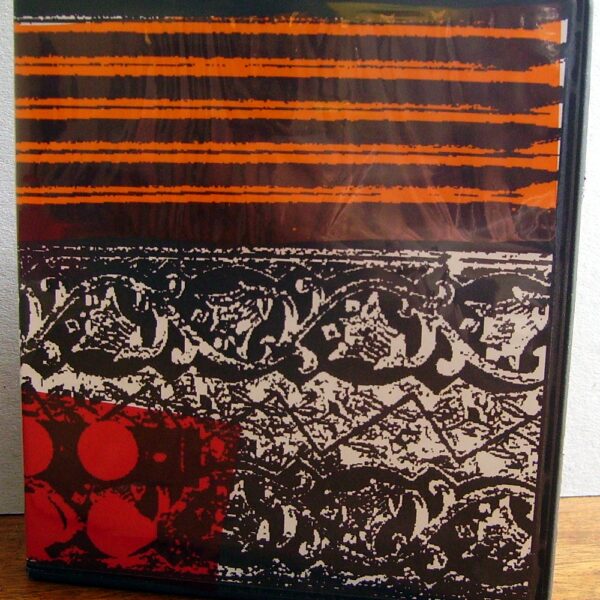 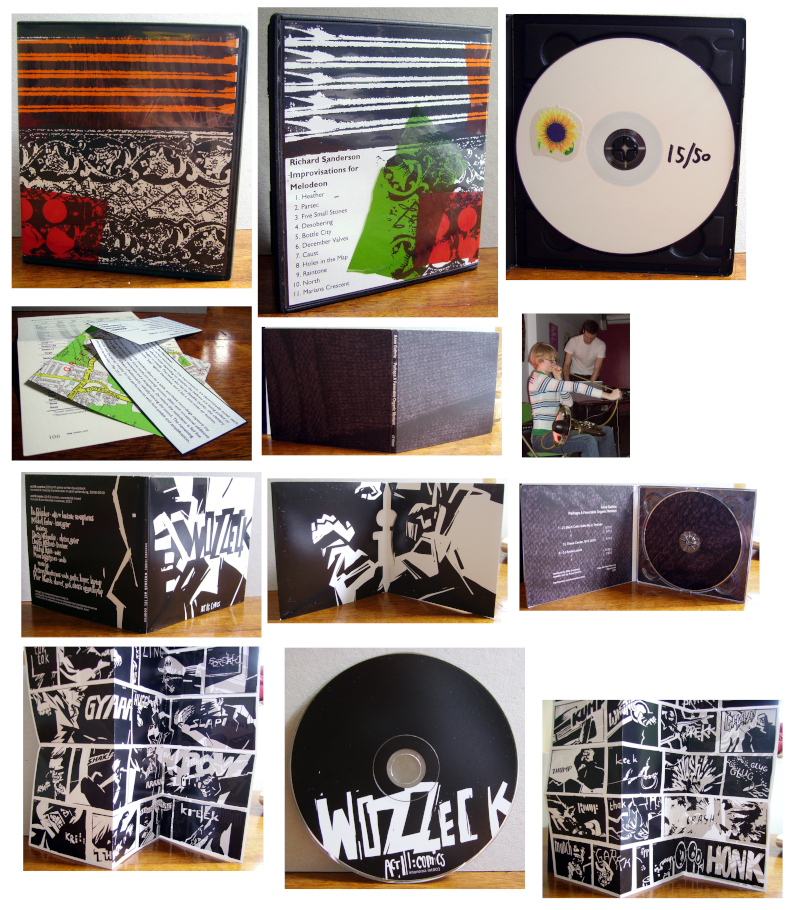 UK improviser Richard Sanderson is also a broadcaster for Resonance FM (Little Atoms) and I welcome his bluff, no-nonsense remarks whenever we bump into each other at the studio. He released his second solo record Improvisations for Melodeon (LINEAR OBSESSIONAL RECORDINGS LOR002) in May 2011, a fine collection of music and sounds produced with this squeezebox-type instrument more often associated with English folk music, and which he has sometimes used to accompany his sea-shanty-like songs with their offbeat lyrics. No songs on this solo release, though – it’s a showcase of varied approaches to music production, reflecting for example his live setup with foot pedals and amplification, or those tracks where he pushes the sound through a computer programme called Audiomulch which mangles it into a species of low-grade electroacoustic murk, with results that are somewhat like witnessing a phantom apparition of John Kirkpatrick adrift in a never-never land somewhere above the IRCAM studios. Sanderson also has his own idiosyncratic approach to the “prepared instrument” methodology (John Cage via Keith Tippett), adding bells, shells, the windup mechanism from a music-box, and a dictaphone to his impedimenta. In contrast to what some critics regard as the typically English approach to improv, i.e. hyper-fast and full of twitchy space-filling notes, this release is slow, creaky, wheezy and in places the music resembles the movements of a guttering candle flame. It’s also very sonically rich, and I feel sure that if so inclined the very talented Mr Sanderson could find a home among the international EAI jet-set. Limited edition, of which the cover is a black and white photocopy enhanced with coloured gel overlays; the box is packed with cryptic conceptual-art inserts, including a fragment of a London street map and a page from a summary log of space launches. The whole release has the attention to detail and English quirkiness that we used to get with Recommended Records, The Remote Viewers, or The 49 Americans, all now nearly vanished manifestations of a 1980s radicalism that is somewhat lacking today.

Pick Up Every Stitch

Anne Guthrie is a musician based on Brooklyn, and Perhaps A Favorable Organic Moment (COPY FOR YOUR RECORDS CFYR005) is a curious mix of field recordings, live acoustic music, and electro-acoustic treatments woven together into subtle tracts of sound. On the ‘Bach Cello Suite No 2. prelude’ piece, we first hear her playing her French horn in her room, recorded in such a way that the outside sounds of traffic and street noise leak in through the window and become part of the work; it’s a decidedly informal performance too, tipping us off to the idea that we’re not supposed to hear this as a work of “finished” classical music or anything. After that, she gives us an electro-acoustic derivation of that recording, producing an enigmatic episode where little segments of “reality” are dotted around an otherwise abstracted piece of ringing and rumbling noisy-gentleness. Very compelling listen. She proceeds to apply a similar approach to the singing of a piece of folk music on the ‘Annie Laurie’ tracks, creating something of even more desolate beauty and wind-swept strangeness. It’s very effective to hear small shards of something recognisable – a human voice, the French horn, or traffic sounds – twinkling like stars for a moment in these darkened skies of continuous sound. The centrepiece is a recording of Times Center in New York City, which may also be treated or layered in some way; after the halfway mark there is a gorgeous musical drone root whose serenity is contrasted with the near-hysteria of human activity that buzzes all around it. Another thing I like about this release is its symmetrical programming; it begins and ends with “pure source” recordings, which are sandwiched around the processed and treated musical works. A very satisfying listen and a good detailed documentary “study”. The cover artwork testifies to the hand-knitted and well-crafted nature of Guthrie’s music.

Photo of Anne from http://www.fraufraulein.com/billy/archive/upstate-delicates

Highly unusual item from Saint Petersburg in Russia by the Wozzeck project, a band whose core members are Ilia Belorukov and Mikhail Ershov. For Act III: Comics (INTONEMA INT001), they are joined by four other local musicians recruited from other bands such as Penny Flame and Wooden Plants, and the plan was to perform 47 short semi-composed improvisations, playing instruments such as saxophones, guitars, trombone and violin in unorthodox fashion, and working to the “game playing” method of group improvisation which has sometimes been used by players like the ROVA Saxophone Quartet, John Zorn’s Cobra, Chris Cutler, and others. These 47 pieces are rolled into one long track, and for 23 minutes, you have no idea what is coming next, as the players let rip with perplexing eruptions of near-industrial guitar noise, sawing and scraping malarkey, turgid slow-burn drone-groan gloom and uncertainty, and several other undefineable modes; the “one main idea” they allude to may simply have been to keep the listener in a perpetual state of surprise. Things end almost as soon as they begin. Musical statements stutter out in incremental steps, drip-feeding us half-formed notions. Players stumble around the arena as though their feet are shackled to a large stone of shame, and the vibe of the album is very exploratory. The second track is a remix of these performances made by Piotr Kurek and Arturas Bumsteinas in Warsaw, who brought their own ideas to the party and contributed “another mood”. The nature of that mood is hard to determine, but early spins suggest it is not a very uplifting one, and they tend to confirm the vague sense of inertia and futility which hangs over Act III: Comics like a small dark cloud. However, their remix (supplemented with electronic organ, synths, laptops, clarinet and violin) is far less fragmented than the original 47 short works, and they find a coherent intellectual thread of sorts which they follow to the end of the tunnel, even contributing a slightly more musical dimension with their thin and weedy organ drones. The package is enhanced with a booklet and cover art “done in comics style” by the visual artist Victor Melamed, whose chunky expressionistic high-contrast drawings seems to be poking gentle fun at the use of sound effects in comic books. He doesn’t attempt to tell a story in his panels, and his otherwise wordless non-linear sequence matches the disjunctiveness of the music. An odd work which I am glad to receive and hope to take some time to digest more thoroughly; many thanks to Ilia for sending this.