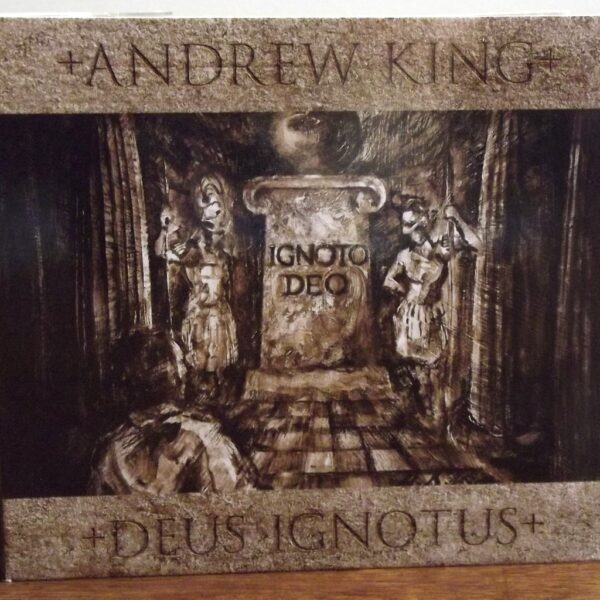 Univrs. (RASTER NOTON R-N 133) by Alva Noto is a record which I would like to think celebrates the joys of typesetting – Univers is everyone’s favourite font – but in fact it’s a follow-on from a previous release Unitxt, and has something do with the properties of a universal language. Given Carsten Nicolai’s very digital predilections, you can bet his conception of language and universality has little to do with quaint notions such as Esperanto, The United Nations or international détente (how very 20th century, my dear), and instead features the microchip and the modem as the mandatory basis for all communications henceforth. As is customary, Alva Noto does a son et lumière version of this record which also involves computers, digital images being manipulated by audio signals and projected on a screen. One digital language mutating another, as it were; I seem to recall this particular trope was meat and drink to Farmers Manual and Hecker over ten years ago, but in some cases artists who followed this path of interchangeable digital information ended up with endless streams of gibberish on their records. Not so our Alva Noto, whose impeccable logic always produces clean and rigourous music, like a diagram for club music, expressed as unadorned thumps, clicks and burrs.

I have a lot of time for Hate-Male, the English creator of very extreme and very loud noise music, even when faced with the rather unsubtle and near-crass imagery that he sometimes uses. The cover for Total Fucking Hate (DOGBARKSSOME DISCS DBSD18), with its lurid pulp paperback gouache image of a fearsome moll in a red dress with an armful of murderous hardware and an expression you could use to sear a ribeye steak, is certainly quite – erm – memorable. The music is pretty hard to recover from, too. On these 11 tracks, one experiences the familiar sensations of tumult and catastrophe normally reserved for earthquakes and collapsing buildings, but in between the now-commonplace harsh noise bursts Lawrence Conquest is making strong use of the human voice, sometimes sampled from records or used as the voice of a mechanical man barking out unintelligible commands, such as on the very effective and nightmarish ‘Live In Vegas – White Night #1’. Guest player Jennifer Wallis adds vocals to the album, maybe here and on ‘Live In Vegas – White Night #2’, but if so her tones have been subjected to some ultra-insane processing method that renders her quite inhuman. Powerful stuff. We also have the lengthy rhythm and echo attacks, such as ‘Under the tent of their rough black wings’ and ‘Taste The Poison’, which are both very heavy going – the noise-listener’s equivalent to a 40-mile forced march in the desert with full military kit. Throughout, Hate-Male is at all times wild and full-on, but also very thoughtful in executing his absurd and crazy dynamics; he uses the digital delay like a paintbox, and he can manipulate tones to ensure that certain abstracted curls and shrieks are foregrounded, so they really stand out sharply from the background fuzz. Among noise-men, many of whom are content to push their pedals to the floor and keep them there, this is a rare talent.

Get Lost (EDITIONS MEGO 123) is the title of a Mark McGuire collection showcasing the solo guitar and synth work of this young American player, fairly well-known by now as a member of Emeralds, the electronic drone-ambient trio from Cleveland. Not especially experimental, this one; a highly melodic release produced by carefully crafted overdubs of stringed and keyboard instruments. The Mike Oldfield of the present time, perhaps, although McGuire doesn’t have quite the same gift for a memorable tune.

On same label as McGuire but a guitarist of quite another stamp is Bill Orcutt, the Harry Pussy guitarist whose return to the performing and recording arena is a well-told tale by now. In February we raved about his A New Way To Pay Old Debts record for this label which compiled some of his earlier private press records, and now here’s How The Thing Sings (EDITIONS MEGO 128), seven new home recordings made in San Francisco. Titles like ‘Heaven is Close to me Now’ and ‘No True Vine’ may put you in mind of Rev Gary Davis, but the comparisons with early pre-war blues have been done to death by now, and in any case they won’t stand when faced with this onslaught of biting, aggressive free guitar improvisation. Orcutt’s technique is to play like a condemned man, packing as many notes as possible into each musical moment, using lots of shorthand and abbreviations, compressing the vital information into taut and urgent phrases before they wheel him away to fry in the hotseat. Plenty of hammering on, string-pulling, unexpected flurries of strumming which stop equally unexpectedly; it’s almost an alarming listen. Lovers of Derek Bailey’s music will find much to admire in these fragmented, tuneless clusters, but even Bailey stopped short of putting so much raw emotion and sheer volumes of angst into the steel strings as Orcutt does. And if you like to share another man’s pain, you’ll love his vocalising too – unrestrained yawping with no attempt to form recognisable words, adding to the sense of near-demonic possession. Essential record, 34 minutes of electrifying acoustic playing that instantly forms a cage of barbed razor-wire around your head.

On Deus Ignotus (EPIPHANY 06), English folk singer Andrew King moves away from his recent sea-faring themes in song and makes a return to what he knows best, that is highly personal interpretations of gloomy old ballads and songs sung against industrial-music style backdrops with tape loops, drums and drones. I can’t resist any record which is front-loaded with two all-time great ballads, ‘The Three Ravens’, a song about carrion birds who find a knight’s dead body in the field, and ‘The Wife of Usher’s Well’, a supernatural winter-time song where a mother’s drowned sons come to visit her for one night. For the latter, King’s sepulchral and quavering tones are aptly suited to the grisly and unsettling content, and he transforms that ravens ballad into a sort of inverted battle-anthem with martial drums and declamatory chanting. Other traditional ballad material in like vein on the record includes ‘Edward’, ‘Sir Hugh’ and ‘Lord Lovell’, but the material that represents something of a departure from the norm is that inspired by texts from the gospel and church singing; this includes ‘In Upper Room’ and ‘Judas’, the former King’s interpretation of a poem-novel from the 1950s by David Jones called The Anathemata. I need to research these properly, as they look fascinating. For all these astonishingly innovative and unusual works, King is joined by the musicians Hunter Barr of Knifeladder, industrial music veteran John Murphy, and Maria Vellanz, who adds some devilish violin work. The entire record is an intoxicating mix of industrial music, traditional folk, religious song and psalmery, and interminable harmonium drones with doomy drumming, and with its mixed content and wide variety of singing styles, it refuses any sort of easy categorisation. As usual, it’s all tied together by King’s concise annotations, citing his sources and inspirations, drawn from music, literature, and history; 24 pages of information, libretto and images, set in tiny 8pt type, for you to digest and enjoy. King’s music is an acquired taste (like the voice of Peter Bellamy), but it’s hard to overlook the depth of his scholarship and the originality of his ideas. I support him totally, and this – which apparently took over nine years to realise – looks to be one of his best works.