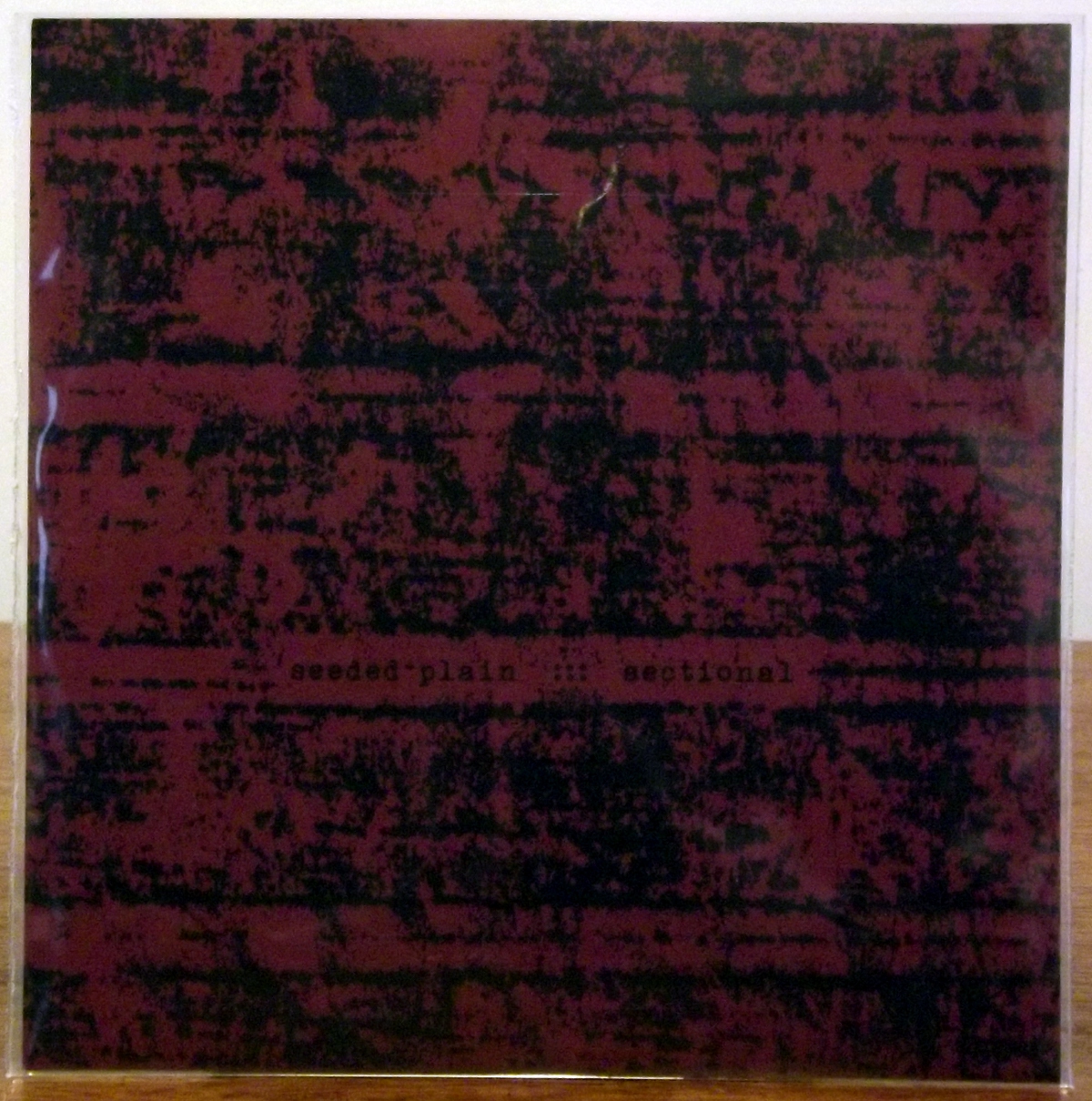 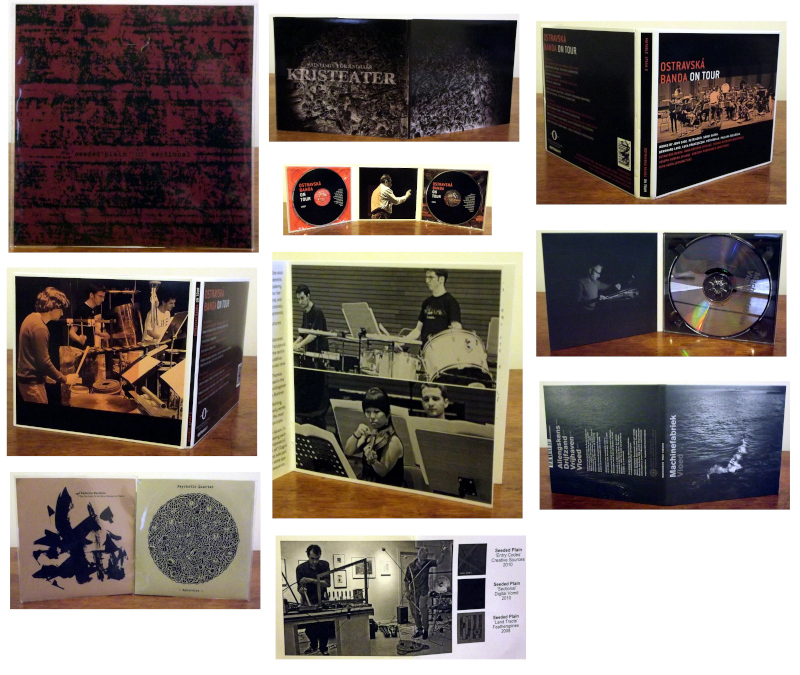 If you want to sharpen your wits with some good old-fashioned astringent modernism, the double CD On Tour (MUTABLE MUSIC 17544-2) by Ostravská Banda ought to be poured into your daily tub like a pouch of bath salts. This ensemble went on a tour of Europe in 2010 and took with them a strong repertoire of complex and difficult modern music, some of which is represented on these two hour-long disks. Showcased here: the Italian Luca Francesconi, Petr Bakla, Paulina Zalubska from Krakow, the Japanese composer Somei Satoh, and Bernhard Lang. There’s also a long piece by John Cage and a further long piece by Ostravská Banda founder Petr Kotik which is a four part tribute to Cage. Nice and loud recordings throughout (one thing that often troubles me about most commercial recordings of avant classical music is they’re recorded or mastered too quietly for noise-loving me). Of note: the complexity and busy-ness of Francesconi’s ‘Riti Nautrali’ which is built around the virtuosity of violin player Irvine Arditti; any work that brings its players to a “collective frenzy” gets my juices salivating, and it packs more notation per square inch than an experiment with sub-atomic particles. This contrasts nicely with Satoh’s ‘The Passion’, a slow and stately vocal ensemble piece with parts for Christ and Pilate; who better than Thomas Buckner to step up to the plate for this gloomoid devotional work with its heartbreaking minimal strings and clarinet moans. The Cage piece is an earlyish one from 1957-58 which requires a lot of interpretation from the orchestra and pianist to make any sense from the 68 mini-sequences they have to choose from, and it emerges with all the bittiness that often makes Cage so frustrating to my ears. Kotik’s ‘In Four Parts’ is much more successful though, a good rattling battery of percussion, chimes, and prepared piano that makes even more sense when you realise its roundabout origins (partially inspired by the ballet of Merce Cunningham). Fine collection; the rest of their repertoire, unfortunately not here, also included works by Ligeti, Feldman, Wolff and Berio.

Bunch of live droneworks by Rutger Zuydervelt appearing as Machinefabriek on Vloed (COLD SPRING CSR138CD). Full-bodied and multi-textured slow works, kind of like Frippertronics except he makes them using prepared electric guitars laid on the table top and sometimes played with a violin bow, plus radio set, loop machine, and effects pedals. ‘Allengskens’ gets close to ambient music sometimes, but it has a lot of depth and volume, seeming to emulate the ebb and flow of tides with its rising-falling structure. ‘Drijfzand’ is more intimate, small sounds and delicate little notes of nostalgic vibe suspended in an airy-electronic structure. ‘Vrijhaven’ is heavy on the atmosphere with its terror-suspense chords and ominous plucking device that keeps scraping away insistently, and ‘Vloed’ is a rich and soaring piece. Monika Heorodotou’s photos of the sea leave us in little doubt as to the suggested theme of this release. Two of the pieces were recorded at the Bimhuis, the album was originally released in 2008 on Sentient Recognition, and ‘Vrijhaven’ is a bonus track only available here. Zuydervelt is a fine Dutch droner not a million miles away in tone and style from his countryman Frans de Waard, and while I would personally prefer more “rough edges” to this mode of music, it’s nice to find him on this UK label that usually features dark folk and extreme metal.

Bryan Day sent us an envelope in May 2011 with two releases from his Eh? Aural Repository, a sub label of Public Eyesore. Psychotic Quartet are four improvisers from Philadelphia, with Sphaleron (EH? 52); the combination of trombone, upright bass, violin and drumkit is a promising start, but the players rarely seem to connect with one another or flash up with creative sparks on this somewhat dreary outing of tuneless parps and scrapes. It might be nice if they actually did act a bit more “psychotic” instead of rambling politely along at this walk-in-the-park pace. Can You Listen To The Silence Between The Notes? (EH? 51) is a solo album by the Argentinian guitarist Federico Barabino, who also dabbles with feedback using his no input mixer. For 33 minutes, a belt of continuous humming noise is varied in tone very gradually; this is occasionally interrupted or overlaid with slow melodic guitar playing, at times coming across like a conceptual remake of the work of Kenny Burrell. Also in the envelope, Sectional (DIGITAL VOMIT DVR 058) by Seeded Plain, which is Bryan Day with Jay Kreimer, playing their own home-made instruments with some live electronics and customised software; the photograph with press release is quite appealing, with wooden frames, junk on tabletops, cables all over the floor and an odd tubular device that looks like a prototype modern lampstand from Ikea. Mostly non-musical scrapes and grumblings are the output from these lo-fi electroacoustic escapades, with little in the way of dynamic variation across each shapeless tune. There are some nice sonic moments of happy collisions to be derived from the three long pieces on this record, and some genuine invention taking place, but once again I find the actual performances rather listless and unspirited.

Paintings For Animals is Pearson Wallace-Hoyt making quite a sublime doomy noise drone on Kristeater (DEBACLE RECORDS DBL053). Some field recordings from the Olympia National Forest in Washington State apparently fed into these lumbering outbursts, but electronics and treated guitars were also used; parts of this record are very much in the Nadja mould of distorted overdubs and silted-up multitracking. I do like ‘Ahni Hansa’ for the way it manages to stutter out a very controlled form of terrifying deep noise without making the mistake of recycling the familiar “dark ambient” tropes. And ‘Satnod’, produced with the help of Mike Long’s cello, stands out as a harrowing march through a marshy Hell, a splendid diatribe of shrieking excess, groaniness, and loud volume. Elsewhere, the tracks meander and the album feels disorganised and insufficiently edited. Striking cover artwork is by James Nielsen.