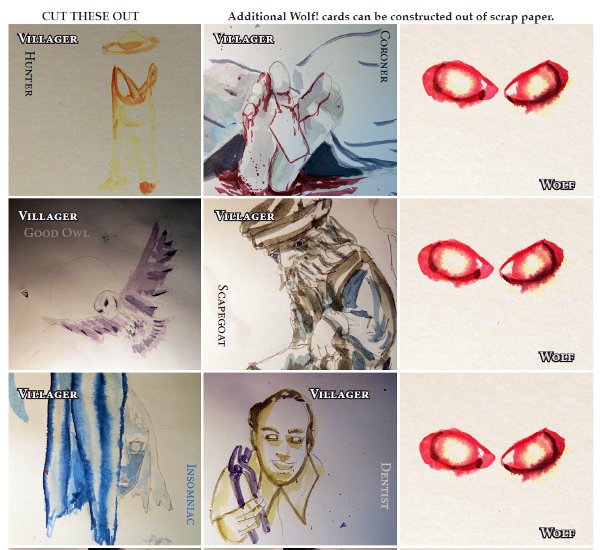 The wonderful mudboy has just sent round a PDF of his Wolf game, which is also available from his website. It’s his own variant of a social psychology experiment which originated in Russia in 1986, invented by Dimma Davidoff and originally called Mafia, but also known as variants such as Witch Hunt, Werewolf, or Assassin. The role-playing game is intended to create fictional battles between fictional characters. As mudboy describes it, he has “tweaked it to highlight certain silent confrontations, scenarios and networks…there is a battle between the unconscious and unconscious intelligences, ignorance and intuition, retribution and strategy, that is then mirrored externally in the group dynamic itself.” What can we learn about others, or ourselves, by playing this game? “If our identity must first be displaced by a fictitious encounter to see more clearly who we are,” asserts mudboy, “then so be it”. I’d certainly like to try this one out with my colleagues when I get back to the office!