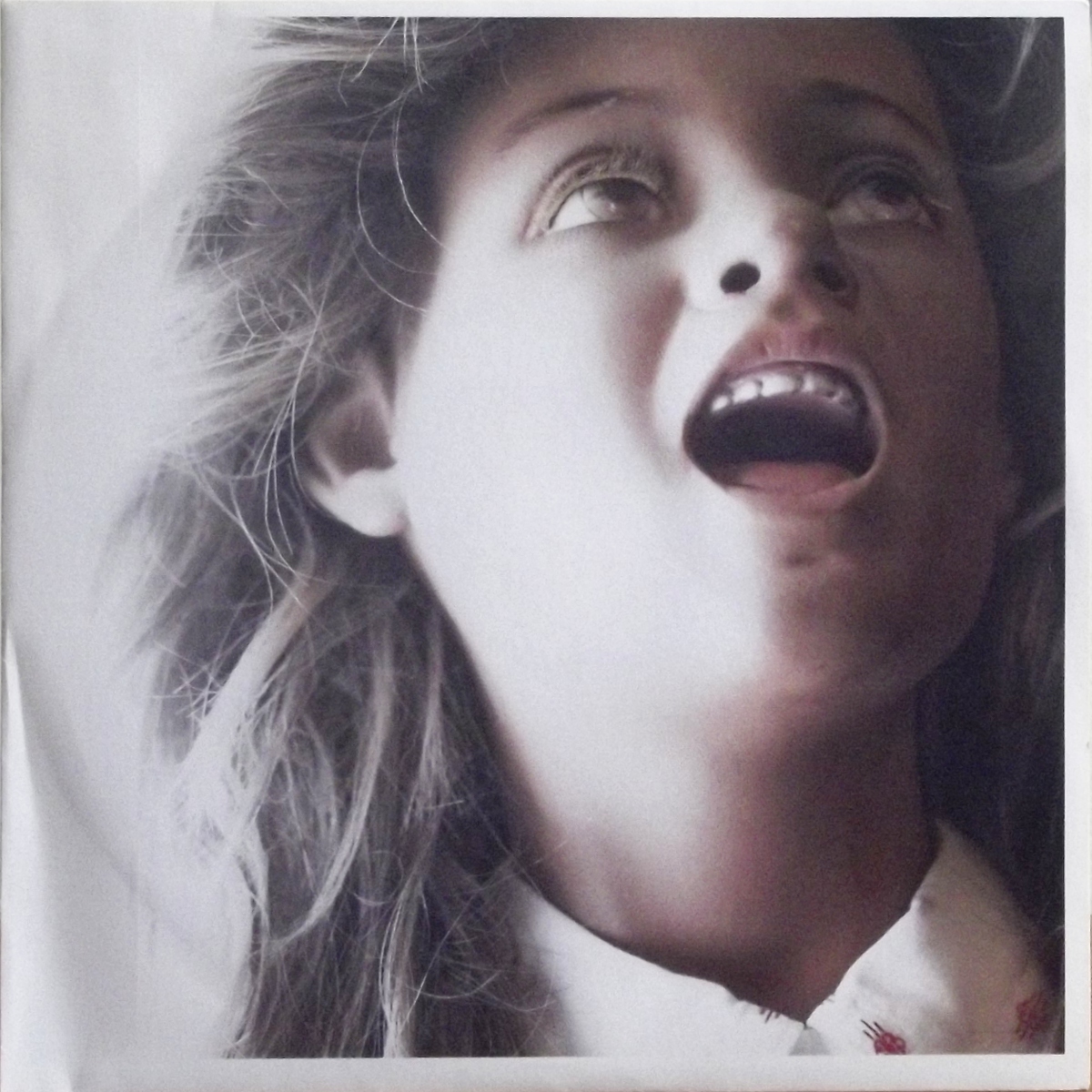 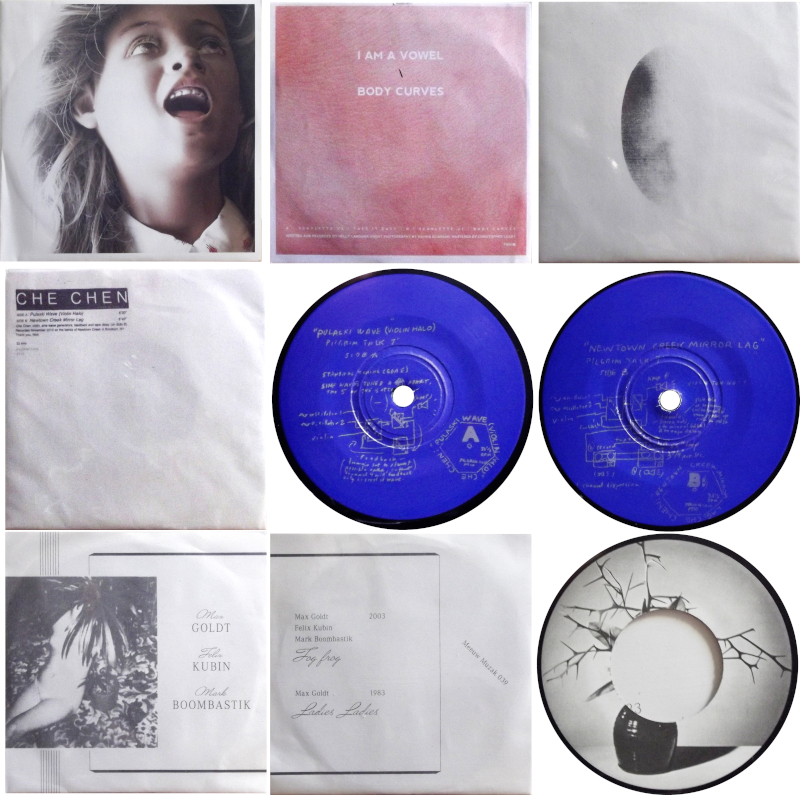 This concludes our round-up of many of the vinyl seven-inches to have reached us in 2011. I Am A Vowel is the Parisian artist Nelly Larguier, and her Body Curves EP (FANG BOMB FB077) is a superb item released on the Swedish label Fang Bomb. This label has been home to some intense Swedish gloom noise, but this record bucks the trend; it’s subtle, restrained and melodic electronic music, deploying subdued timbres to work as backdrops to Larguier’s vocal experiments. She whispers her enigmatic statements in fragments, requiring the listener to work hard to fish out her meanings. She has great poise, never betraying an excess of emotion across these four cryptic tracks. The back cover artwork is a close-up of the surface of human flesh, and with the doll-like cover image and the title, it all suggests Larguier may be asking some pointed post-feminist questions. Generally described by others as some form of low-key drone pop music, I find rather that Nelly Larguier, like Ashley Paul above, has a very personal and idiosyncratic approach to the deconstruction of song form.

Che Chen plays his violin accompanied by sine wave generators on Pulaski Wave / Newtown Creek Mirror Lag (PILGRIM TALK PT10). The music is a direct response to the familiar local geography of this Brooklyn-based musician, and he devised a performance system that would allow him to play and record this music while actually situated on the banks of the Newtown Creek. Said system is illustrated with his sketch-plans on the labels of the record. The electronics, and tape-delay feature (on the B side), react in sympathy with his delicate and assured violin playing. My first thought was that he was in some way updating the work of Tony Conrad, but as an improviser Che Chen exhibits no interest in working with strict tuning systems, and his nature-based work here is freed from the confines of pre-ordained minimalist diktats. Better to think of him as a conceptual river-spirit informed by early Frippertronics. His playing sounds very centred and whole, and this is a deeply satisfying listen.

Lastly we have the laconic vocals of Max Goldt on Fog Frog / Ladies Ladies (MEEUW MUZAK 039), whose superb L’Eglise Des Crocodiles album we recently noted. The B side is a solo Goldt piece from 1983, with a winning crisp sound. For the A side he is joined by Felix Kubin and Mark Boombastik, and the three of them create deliciously witty and faintly ironic disco synth-pop on this 2003 recording. The lyric appears to be some absurd nonsense about an abundance of frogs hopping about in the fog (perhaps a shrewd observation on dry ice in the dancehall), but Goldt’s assured reading and his faintly sardonic tone invests the words with weight and power. Goldt is beginning to emerge as a Noel Coward for our present day.