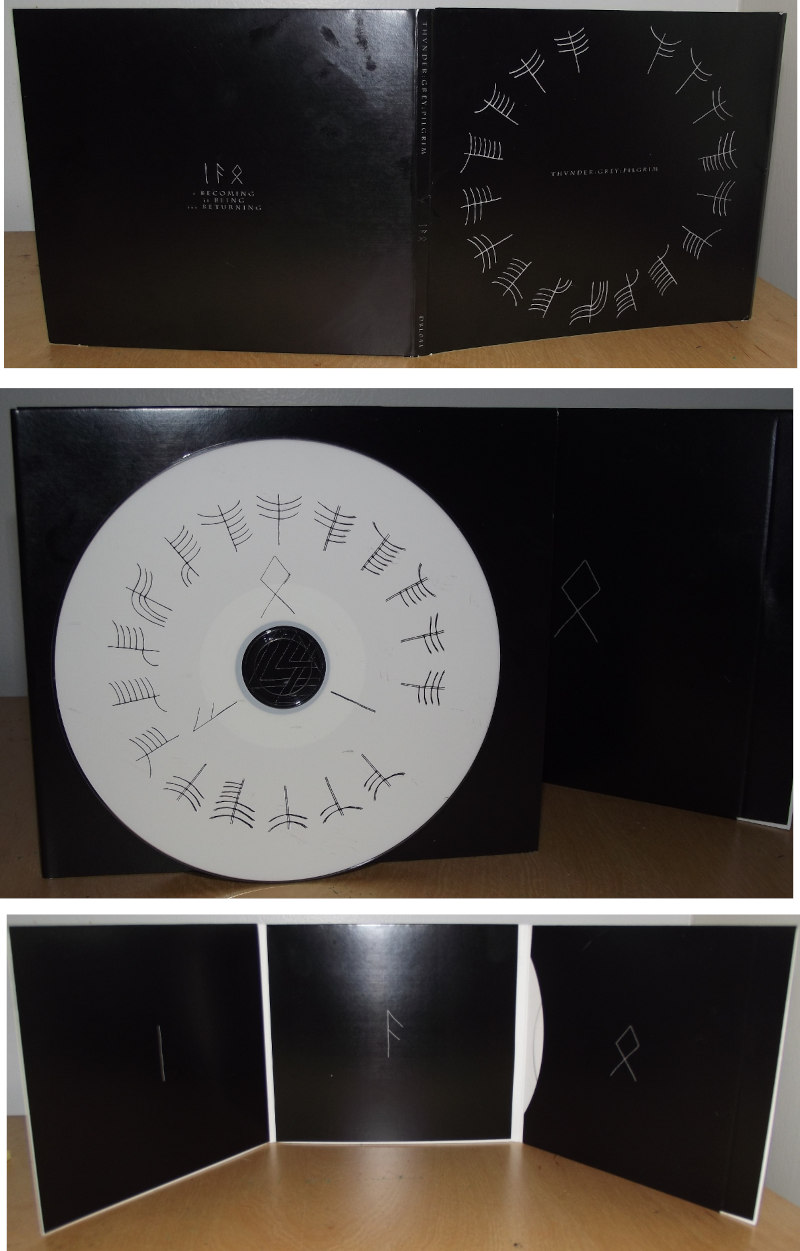 Here’s one 45-minute long track that immerses you into a dark world of solemn drone. It develops very slowly and surely and somehow it feels very reassuring. I’ve probably heard very similar music over the years – this track doesn’t seem all that new or original to me – but all the same this is a very hypnotic and peaceable beast, gently bearing the listener on a serene sonic voyage to a kind of bliss. The ongoing drone forces attention on the details of the sound: there’s a low but definitely perceptible pulse within the sound and the tones wobble slightly. As you’d expect, new sounds continually develop from under the old, only to unearth newborns themselves over time.

The music moves through drones, various guitar lines and even black metal elements which kick in near the 20th minute with a stern buzzing noise guitar. A spidery voice begins chanting while other voices hum a repetitive tune as though the central part of a ritual to initiate someone into a secret society has just begun. The whole black metal part of the recording can sound a bit awkward in melody but it maintains the solemnity and never sounds kitsch or out-of-place in the wider work. Following is an acoustic passage with a drum and a banjo is carried by pure-voice chanting by at least three people. Fuzzy black metal guitar, sharp and jagged around the edges, returns and bleeds through the darkness while a bass drone groans and a simple melody is painfully repeated over and over. A circular storm of rough textures builds up, a drone blares through the music.

The recording culminates in a floating chanting hum which is very relaxing though as a climax, it might disappoint not a few people expecting something intense and spectacular after the black metal section. At least the music lets you down very gently at the end so you feel very much at peace.

It could have been darker and a bit more sinister in tone and intent but as is, this piece is a good example of very controlled and channelled music serving a greater cause.