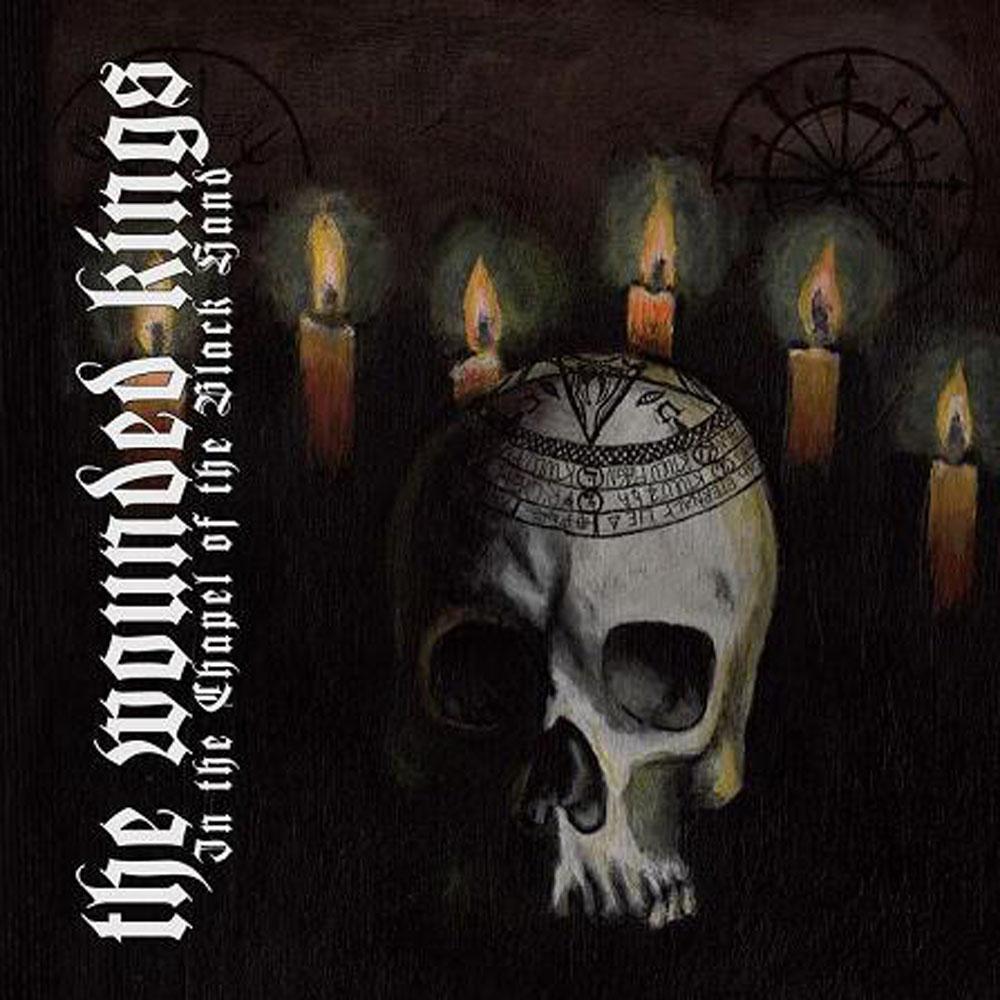 Since I reviewed this band’s second album The Shadow over Atlantis, The Wounded Kings have changed a great deal and not necessarily for the better. They lost a member and then expanded to a 5-piece proper band with a female vocalist. The music has changed to a more traditional English doom metal style with witch-like vocals and apparent influences from Italian horror films of the 1960s. If you weren’t aware of what TWK had been up to before hearing this album, perhaps you should remain in ignorant bliss: In the Chapel of the Black Hand is not a bad recording, it’s quite powerful but compared to The Shadow …, it’s just not distinctive or original. I’ve heard there is a trend for doom metal bands to feature female vocalists with witchy voices and if that is so, I wish TWK hadn’t joined that particular bandwagon; they have become just another drop in a big pond of clone bands. As if to reassure me, In the Chapel … even reverts a little to that earlier album’s style in one of its middle tracks but I’m not so easily comforted.

The opening track “The Cult of Souls” starts strongly with powerhouse riffs and ominous organ but the lyrics aren’t anything out of the ordinary and the song keeps to an even keel. I always think when you sing something dedicated to Dionysus, you should include reference to the mad maenads who followed him and reputedly seized young men in a frenzy, rending them apart limb by limb … ooh-ah! But TWK don’t go in for frenzy unfortunately … “Rites of Oblivion” is another slow, doomy juggernaut with slashing chords and more of Sharie Neyland’s wobbly singing: the lady has a narrow range but her tone is good and seems spot-on, and she does a great trade in long howls. Cold, sinister organ, a spiky oily-sounding lead guitar and sluggish riffs conjure a thick, evil black atmosphere with a slight psychedelic feel.

The brief instrumental interlude “Return of the Sorcerer” is a throwback to older TWK work with slightly bleached guitar chords and enthusiastic lead guitar work. It’s a good break from the conventional doomy music to be enjoyed while it lasts. Final track “In the Chapel of the Black Hand” announces itself triumphantly with some impressive riffing but it ends up sidling back into conventional doom metal territory with wobbly, woffling lead guitar and Neyland’s half-spoken / half-sung vocals warbling about something lurking in the darkness and bumping up against her … yes, it turns out to be evil …

It’s likeable but across the Atlantic Ocean, the US doom metal band Blizaro has done far superior work in this sub-category of trad doom with a great sense of humour and affection and that’s just a one-man band. To The Wounded Kings, I say: surely you can do much better?